In a Garment District Factory Turned Loft, A Home Filled With Avant-Garde Art

A couple who collect share their lovely Garment District loft

Alessandro and Elizabeth came to the Garment District by way of Florence, Italy, where the two met in 1985 as Elizabeth was studying abroad. In the years that followed their meeting, Alessandro continued his studies in architecture and headed up two businesses as Elizabeth took a position at the fashion house of Emilio Pucci, a small family-run firm whose impact on the swirling and psychedelic prints of the 60s and 70s is salient. Come 1993, the year after Pucci's death, Elizabeth moved back to the States with Alessandro soon to follow, both of them bringing along pieces of the impressive collection of avant-garde textiles, fixtures, and artworks that now adorn their 3,000-square-foot loft that doubles as a gallery.

It was by chance that the couple settled in the Garment District. After moving to the city, necessitated by a weary mother-in-law whose pied-à-terre felt smaller each day the newlyweds stayed on, the duo needed out and into their own space. By chance, a friend of Elizabeth's brother was seeking subletters for his Garment District loft. The couple jumped at the opportunity to stretch their legs in their own space, and ended up staying in the building for a few years before moving on to rental stints in Soho and the Financial District. But a series of unfortunate events kept them from buying downtown. In 2010, an opportunity presented itself in the Garment District, just across the street from the apartment they first lived in.

Of all of Manhattan’s neighborhoods, the Garment District is one that feels less inviting to residents. But Elizabeth and Alessandro say it is one of the most neighborly areas they've lived in the city. "It could be concerning by the look on the street," Alessandro says, "but the neighborhood takes care of itself. Everyone is connected for its safety." The couple also returned to the Midtown enclave because of their affection for the neighborhood's architecture, where its manufacturing legacy manifests in huge floorplates, unspoiled buildings, and expansive windows that, at one time, allowed light to stream into the factories, and does just the same for its loft conversions.

The couple's loft, which they share with their 12-year-old son, was once a floor of the Hollywood Pleating & Stitching Co. Alessandro says the building was converted to a co-op in the 1970s by a group of artists, some prominent, of whom a few still maintain space in the building. Alessandro and Elizabeth purchased their loft from the estate of a conservator of paper artworks who would throw wild parties in the ’60s and ’70s. When they moved in in 2010, the loft still resembled those bygone days. Gigantic mirrors covered nearly every flat surface—traces still remain throughout the apartment, notably above a toilet and bathtub—as if the loft was an architectural disco ball. Despite their taste for the interesting, most of the mirrors had to go. So too did the colorful walls and formica cladding the kitchen islands. 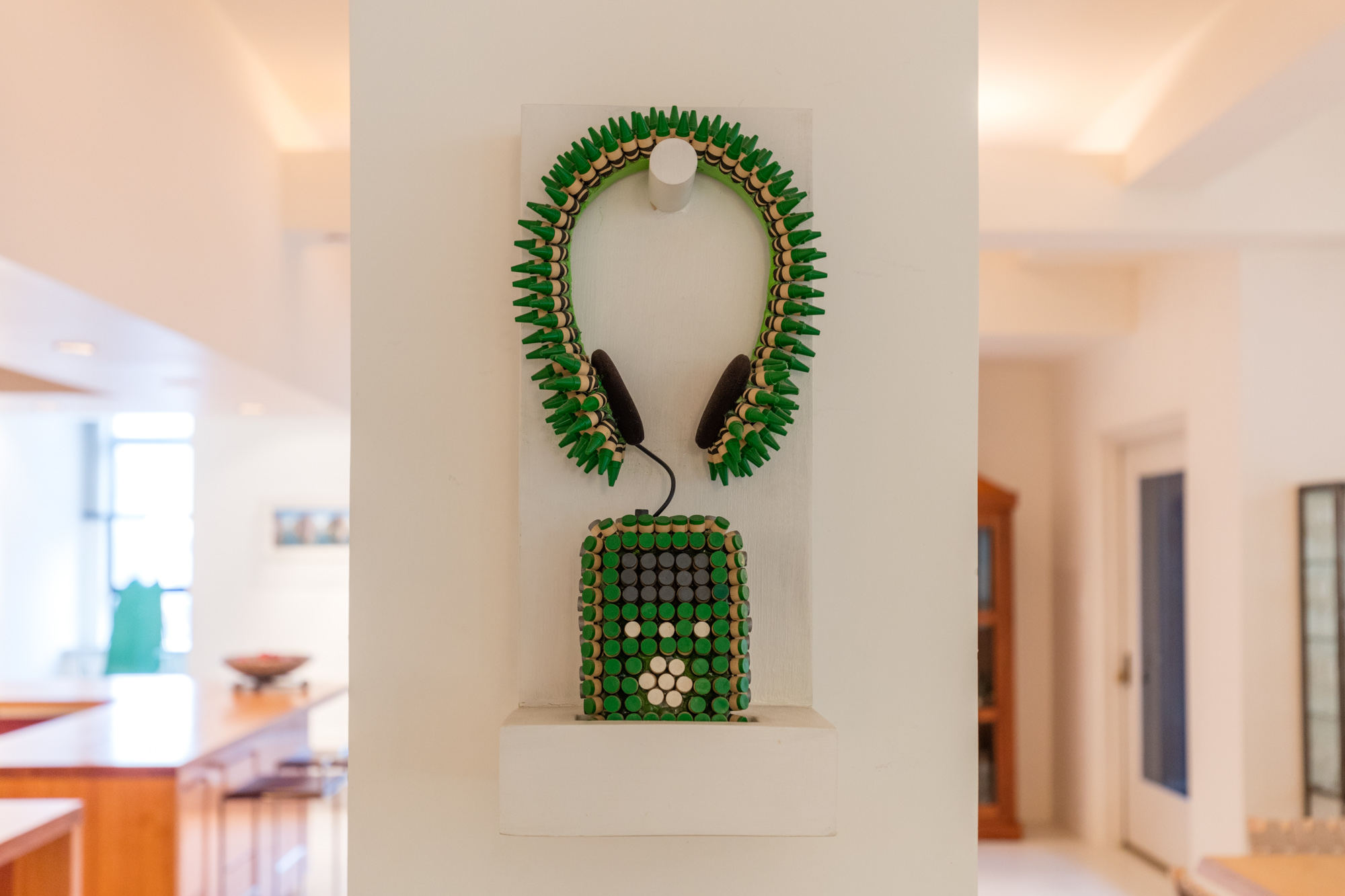 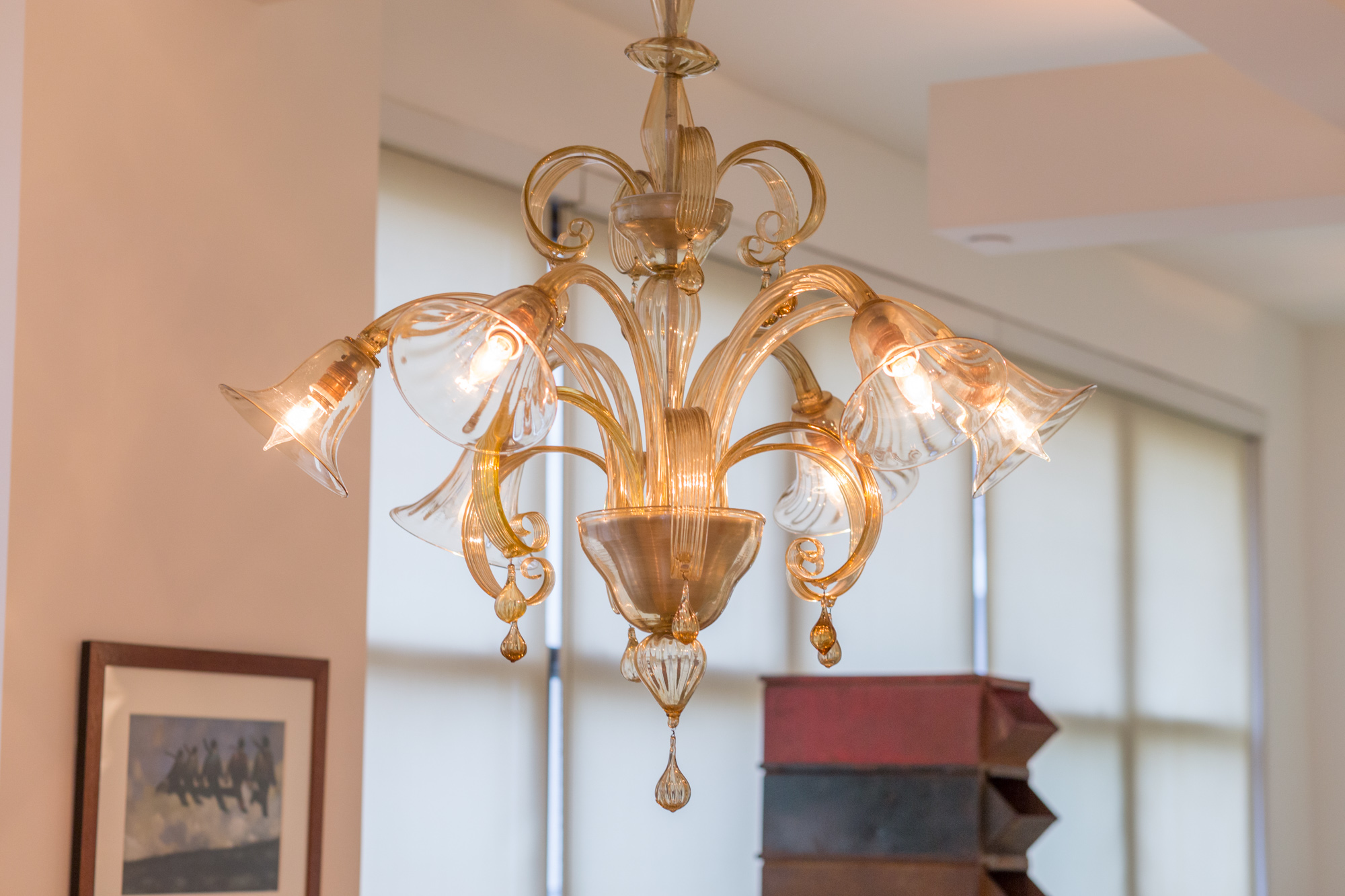 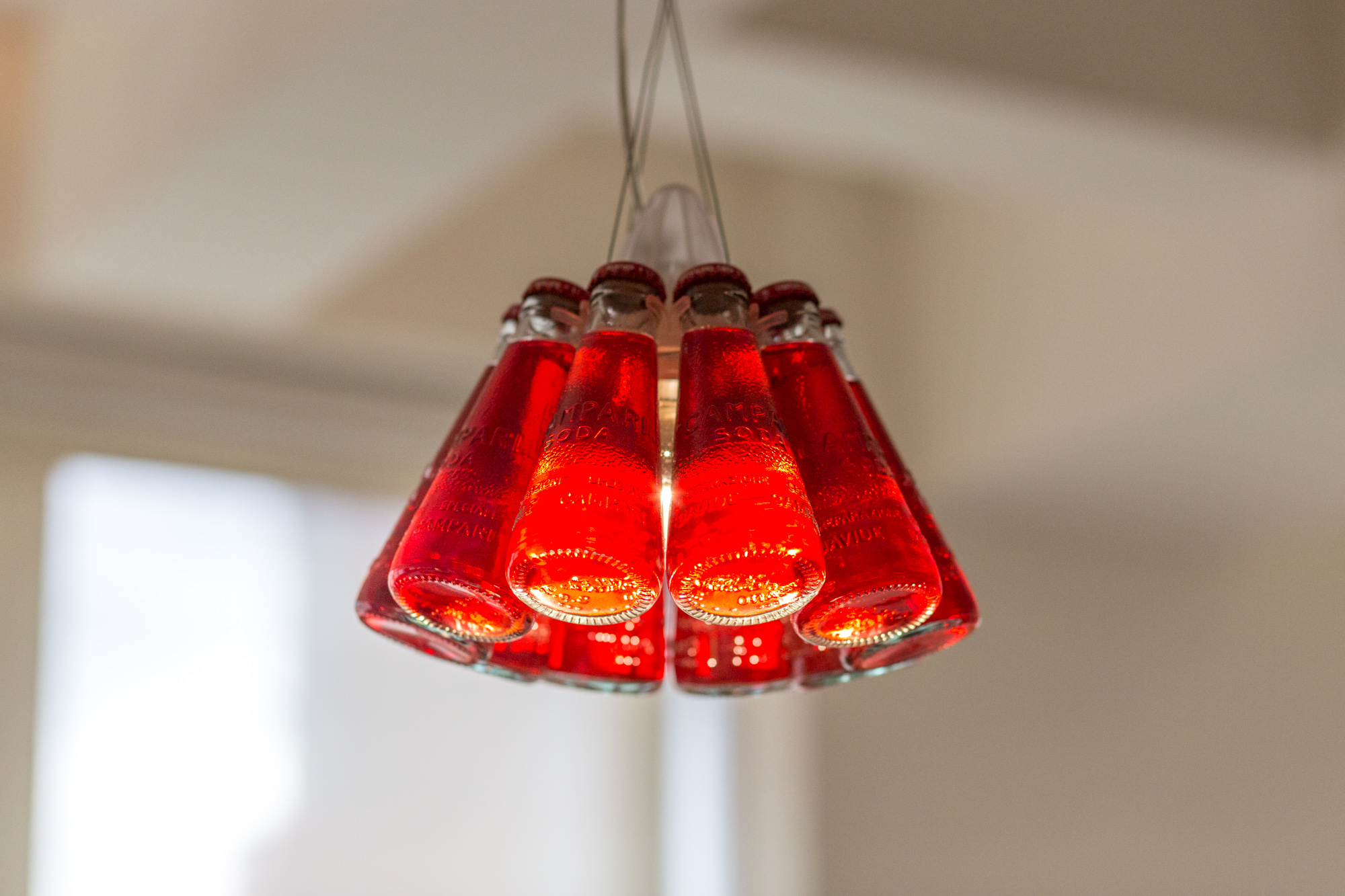 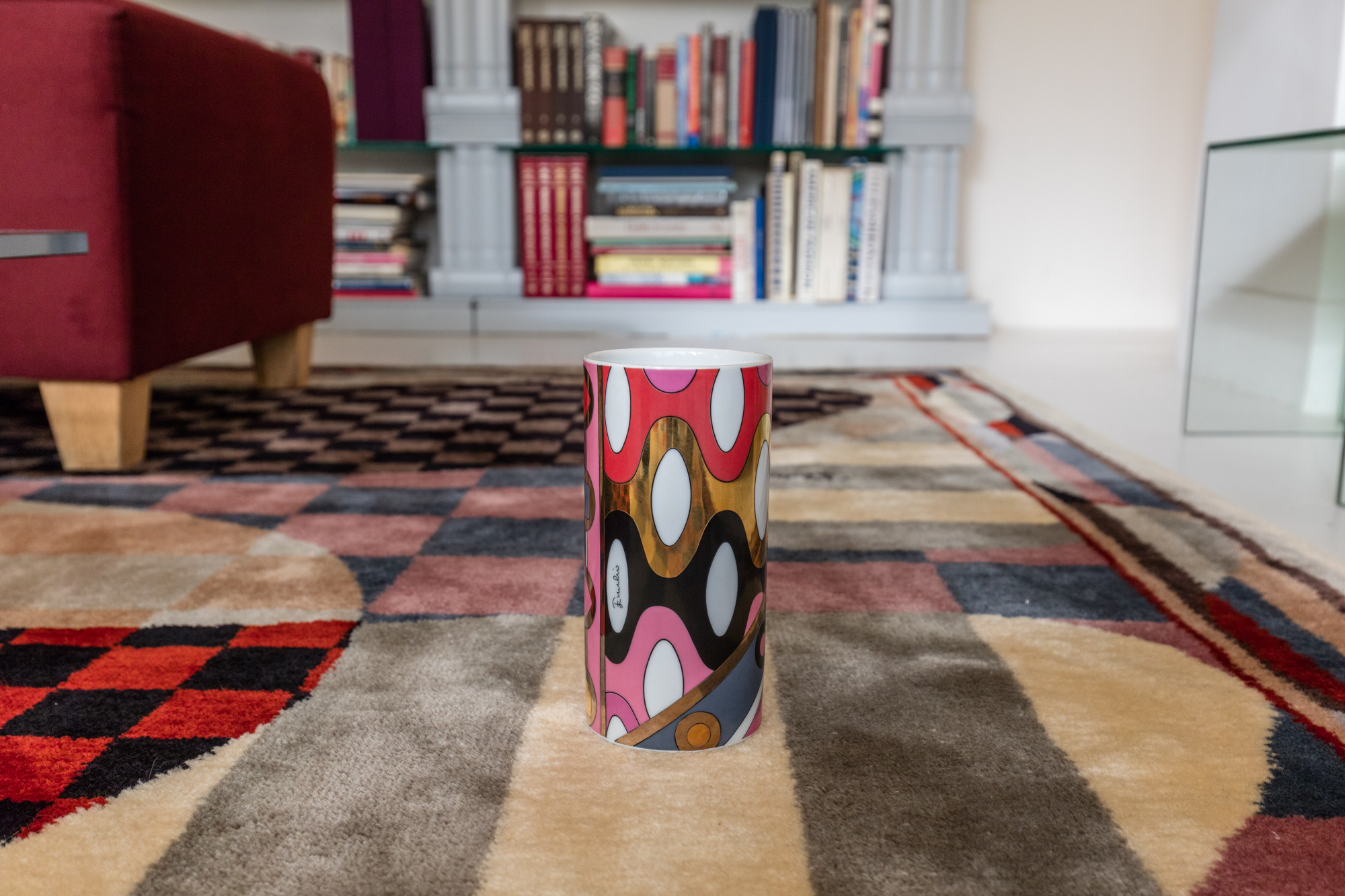 The couple scrubbed the color from the apartment to compliment their extensive, impressive assemblage of artworks. Each spouse has their own obsessive accumulation. For Elizabeth, it's the work of former employer Emilio Pucci; geometric vases and plates, clothing and fabrics, and even a rare rug comprise her vast (still growing) collection. For Alessandro, it's the work of Italian furniture atelier I Mirabili, started by the founder of Poltronova, which produced small batches of designs from a group of avant-garde innovators. In his collection, the Torre della memoria (Tower of memory) by Stephen Huber, and the Foglia (Leaf) chairs by Fabrizio Corneli. His collection also includes works by designer Ettore Sottsass including vases, prints, and sculptures. (Elizabeth says their son knows it's not okay to play soccer in the house.)