After more than a decade, an unfathomable amount of money, and hundreds of thinkpieces on the subject, the World Trade Center Transportation Hub—and the Oculus, the spiky, controversial sculpture that tops it—is set to make its debut to the public. The official word is that the Santiago Calatrava-designed project will open next week (when Curbed recently visited the site for a tour, a worker on the site said that March 3 would be the day, but Port Authority wouldn't confirm that), but it'll do so without fanfare. (UPDATE! Port Authority confirmed that it will open on the 3rd.)

To some degree, the reluctance to celebrate what should be a huge, crowning achievement is understandable. Calatrava's design for the Hub was first unveiled in 2004, and at the time, the Port Authority estimated that the project would take only five years and $2.2 billion to complete. But things spiraled out of control quickly, and thanks to a variety of factors—the economic downturn; political hubris and general bureaucratic incompetence; the sheer enormity of Calatrava's design—both the timeline (which you can see below) and the price ballooned. What was meant to cost $2.2 billion became a $4 billion undertaking, making the WTC hub the most expensive train station ever. Outgoing Port Authority executive director Patrick Foye even called the Hub "a symbol of excess" to Politico New York earlier this week.

But for everything that has been said and written on the subject, it's been difficult to judge Calatrava's design on its merits because, well, it wasn't finished. And even now, after a walk-through of the space a week in advance of its opening, it's hard to say whether this will ultimately go down as a "magnificent boondoggle," as New York magazine memorably described it, or as one of New York City's great pieces of infrastructure. Calatrava has compared it to Grand Central Terminal, and certainly, the Hub—particularly the interior of the Oculus, which is pictured here—rivals that iconic train depot in grandeur and size. 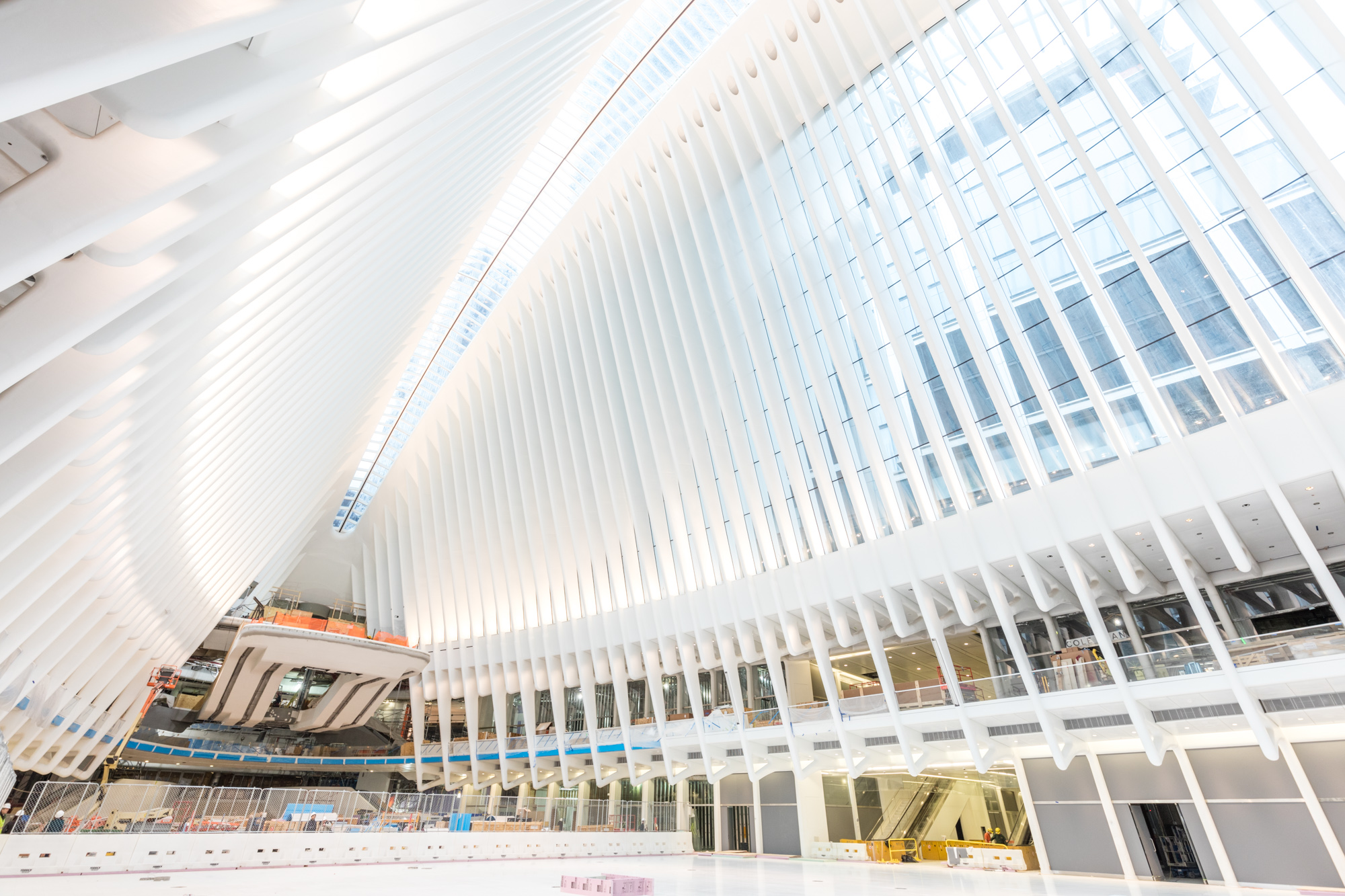 And there's no doubt about it: Calatrava's Oculus is an awe-inspiring piece of architecture. While the design has changed from its original incarnation (when the wings that make up the Oculus were meant to open and close, similar to the architect's design for the Milwaukee Art Museum), it's no less impressive for it. The steel rafters create a cathedral-like effect, letting in an abundance of light; the glass skylight at the tip of the Oculus, which can indeed open and close, adds to the feeling of airiness.

The space is also sure to be Instagram catnip: There are cantilevered balconies that allow visitors to take in the expansive view from above. The enormous marble floor (which sits below-grade), meanwhile, is uninterrupted by pretty much anything—no columns or podiums to speak of, a measure that both looks prettier, but also allows for visitors to evacuate quickly if necessary. (It's not exactly something you want to think about, but here we are.)

It's all rather lovely, but also somewhat sterile—if it's possible to feel both stunned by the beauty of something while also underwhelmed by it, that's what this inspires. You also have to wonder how long the space will stay pristine once it opens to the anticipated 100,000 commuters who'll pass through every day. 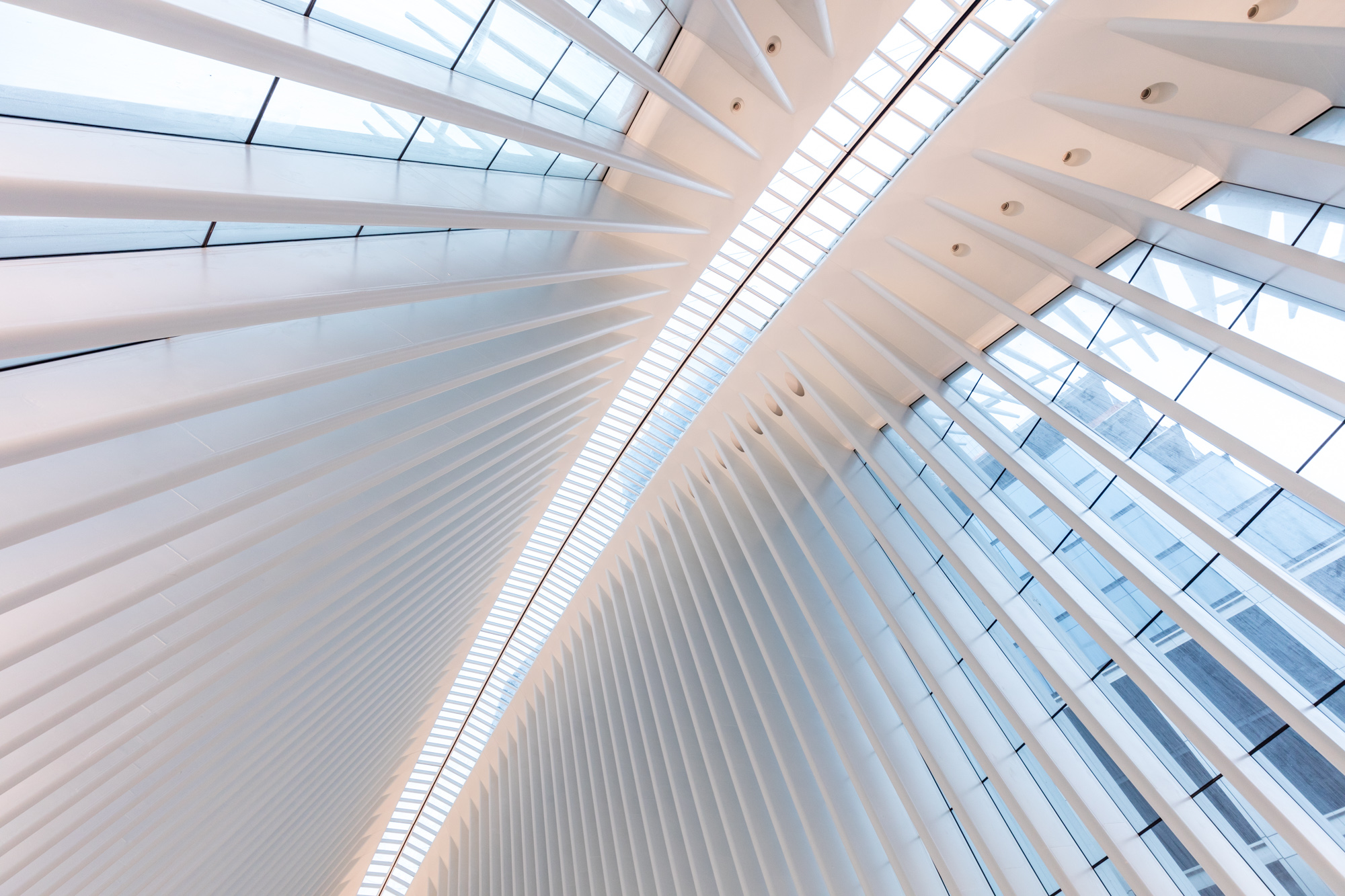 There's also the fact that construction is still very much taking place within the Hub. Only a portion will open to commuters next week; the rest, including the retail spaces that surround the main floor, is still in the works and is expected to open "in phases" (per the Port Authority) beginning this spring.

Still, whatever your feelings are on the WTC Hub, it's here now, and it's at the very least worth a visit—if for no other reason than to see what $4 billion gets you. Check out many more photos of the space below.

And here, a timeline of the past 12 years of work on the Hub:

The status of the World Trade Center complex, 18 years later