Leonard Jacobs grew up in Queens, but as a young gay man, gravitated toward the ever-growing LGBT community in Manhattan. Here, he shares his remembrances of NYC's ’80s and ’90s nightlife scene, and why we shouldn't romanticize the "dangerous" old days in the city.

People talk about how bad New York became in the ’70s and particularly in the ’80s and I think that's absolutely right. Now, the building that I grew up in in Kew Gardens Hills was pretty safe, but it was public housing and there were all kinds of questionable characters in the neighborhood.

The corner that I grew up on in Kew Gardens Hills was the border of four different school districts. Bear in mind, there were no charter schools. There were just a few specialized high schools. There was Stuyvesant, Bronx Science, Brooklyn Tech, and Performing Arts, now LaGuardia. I was waitlisted for Performing Arts—I'm still waiting.

I ended up going to Jamaica High School. I was a big theater geek. I mean, I was just doing plays in high school and hanging out with whomever I thought was sort of fun and cool. Kids didn't bring knives and guns and whatever. I had friends of every shape and stripe and ethnicity and I don't remember anyone caring about any of that.

The moment I graduated high school things really started to change. The last few years we lived in our apartment on Kissena Boulevard was just the beginning of the crack era. That part of Kew Gardens Hills was actually getting pretty bad. There was nothing to keep me in the neighborhood. I was young and into arts and culture and moving professionally into the theater and coming out as gay. So, all I really wanted was to be below 14th Street in Manhattan.

I have a philosophy about kids who grew up at that time, and maybe in that part of Queens. You really did one of three things: You either stayed in the neighborhood—the least attractive option. You moved east toward Long Island because you wanted a classic nuclear family. Or you gravitated towards Manhattan. There was never any question which direction my life was going in.

I was terrified that somebody would find out I was gay. There was a lot of shame and fear and self-hatred and self-loathing involved, at least for me. I went to my first gay bar, Hatfield's, on Queens Boulevard. I was 17. I didn't know anything about anything and I didn’t know anything about alcohol. I didn't know what to order but I was in the bar sitting at a stool and—this is how you know it’s 1985—my friend, who was with me, said, "Order a White Russian." I couldn't imagine ordering that today. Nor did I know what a White Russian was. So naïve.

There was never any question which direction my life was going in.

So the bartender makes me a White Russian. He puts it in front of me and I had a sip. The next thing I know, there was a man behind me who says, "Do you have ID?" I didn't actually know you could have fake IDs. The dude was like eight feet tall. He lifted me up by my armpits, literally, and carried me out of the bar and gently placed me down on the pavement on Queens Boulevard.

So my friend comes out of the bar after me and I'm furious. I was standing on Queens Boulevard and crying and my friend manfully wiped away my tears and then said, "Well, there's another gay bar down the street."

So we went to this other gay bar called Breadstix. I wasn’t kicked out of there. I don't remember what I drank. Probably not much, but I remember being in the bar and looking at all these men and then having it dawn on me: all these men are from, roughly speaking, my area of Queens. I'm not the only gay dude in the neighborhood. It made me feel less alone on the one hand, but on the other hand, I didn't have an understanding of how I could get out of the situation that I was in. In other words, I wasn't necessarily going to educate my mother and father overnight. How would I meet other gay men in any other context? What would be my pretext for going into this bar otherwise? It was eye-opening but it then presented me with a whole other set of questions.

There were some issues in my family around my coming out so I moved out at the start of my sophomore year of college. I had entered NYU in fall of ’86. I didn't have a good sense of my own identity other than the fact that I knew that I was gay. I didn't have any role models, so I jetéd out of the closet. I thought that I was supposed to act very, very flamboyant and wear super flamboyant clothes. And I would go gallivanting down Washington Square South or down LaGuardia Place because I thought that's what gay was, until I got a lot of that out of my system and then realized that felt really forced and performative and put on, and not a reflection of whoever I was or whoever I wanted to become.

I am not in any way speaking ill of gay men who are, to use the term, flamboyant. There's a continuum of flamboyance and I love my flamboyant men. People should express themselves in whatever way they see fit, however and whoever they are, but I had to go through a phase of turning up the flamboyance to 11 in order to figure out exactly who I was as a young gay man.

I went to a lot of bars, some of which are still there but most of which are not. The Monster on Grove Street was there then and is now. I remember my first month at NYU, I was on the dance floor in the basement and I felt this presence behind me and I turned around. It was a teacher from Jamaica High School—he wasn't my teacher but I remember him. I saw him. He saw me. I turned around. I had this moment of double take, and then when I turned around he had run. I don't know if he didn't want to be seen. It was a different time. There are still parts of this country where you can't be a teacher and be out and gay, but 30 years ago it was definitely not cool.

There was a wonderful gay bar on St. Marks Place called Boy Bar, but if you didn't want to say Boy Bar in public situations because you didn't want people to know necessarily where you were going, you would call it BB's. I knew the bar, but I didn't know that it was called BB's until somebody stopped me in Washington Square Park once and asked me if I knew where BB's was. I was like, "I have no idea where that is." And he was like, "Oh, it's on St. Marks Place," and he's looking at me, like, Why are you not picking up on non-verbal cues, gay dude? Then I realized, and I told him where it was.

I was in that bar on weekends when I lived on Avenue A. It had the most phenomenally beautiful men and killer music. I remember Michael Musto would swoosh in in a multi-colored cape, and swoosh around and make his rounds, and swoosh out. He would not stay very long because he probably had 12 other places to swoosh to.

There was a sense of party in the ’80s and ’90s. There was this sense of edge and I think there was all of that because there weren't other distractions in the way of technology and how you meet people, but I also think it was the reaction to all of the death in the gay community. There was a euphoria to the club scene and the party scene. 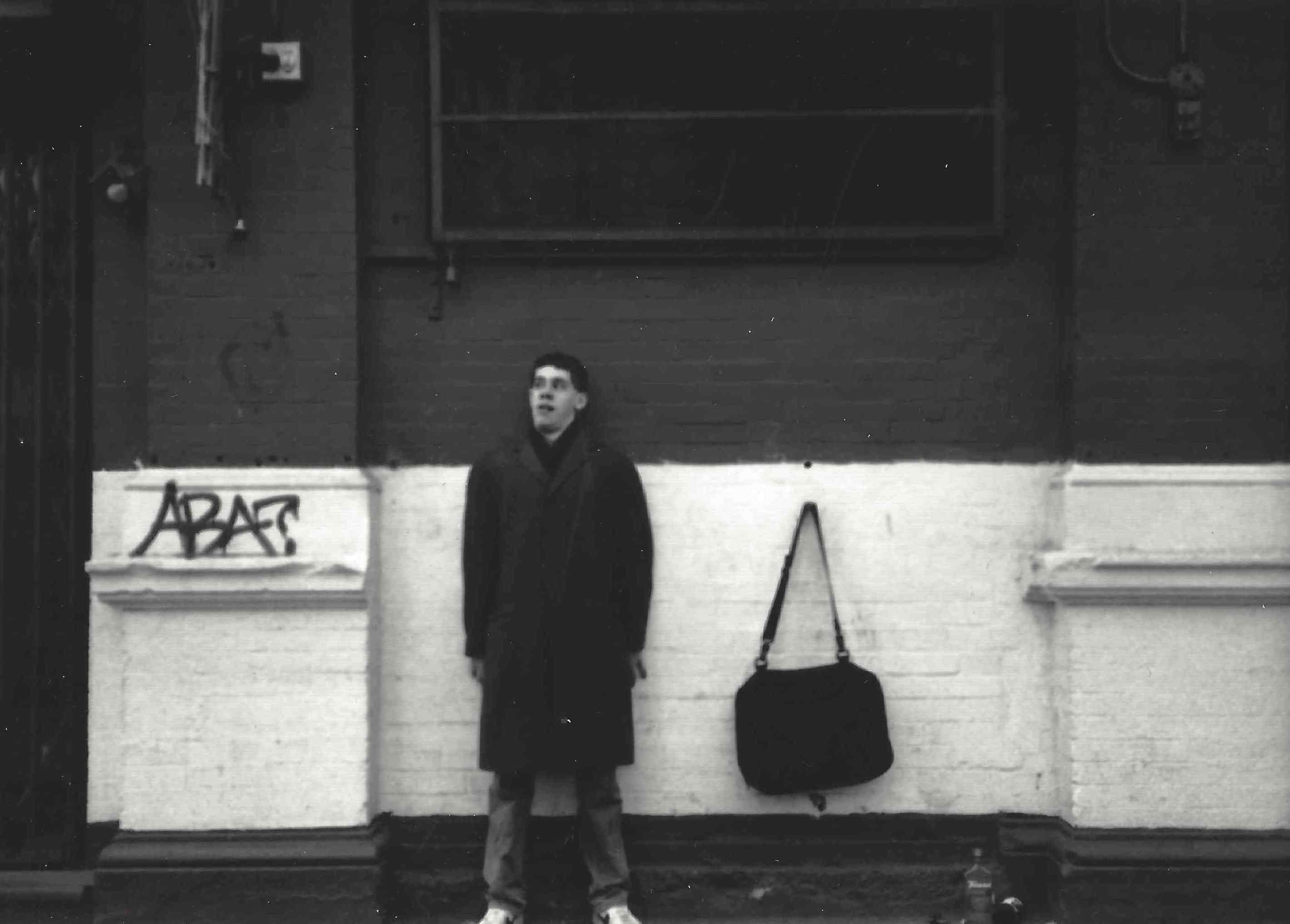 It may be because I'm older and I’m never in clubs now, but I just don't get that sense of euphoria anymore. I remember when Michael Alig was around and what people wore and what people did. I'm a theater guy, and I think about the costumes that they wore and all that sort of performative stuff that people were doing in clubs…and how connected it was to the nightlife scene in the ’80s and ’90s. And I just don't get the sense that there's anything quite like that now. It's all commercial.

That fear and uncertainty produced some really phenomenal art.

We had a president who was in the seventh year of his presidency before he used the word AIDS. If you go and you look up Ronald Reagan, Ronald Reagan didn't use the word AIDS until 1987, maybe sixth year in. How many tens of thousands of people died before the president even recognized that there was an issue? And it was only when it became clear it was not just gay men who were coming down with the disease, but that it was beginning to run rampant in the black and intravenous user community. The President suddenly wasn't quite so Alzheimer-y and came to his senses. Briefly.

There are things that you do or happen to you when you're younger that just stay with you, that when you get older, you look back on them and you start to wonder about them. When I was still living in Queens with my mom and dad, I was coming home on an E train or F train and there was this beautiful boy. He was wearing this gold-spangled jacket, like something out of Miami Vice. You just took one look at him and you knew that he was gay and that he was heading to Hatfield's.

It was so unusual to run into someone who you could see was gay and not in a furtive way. Gay culture was at the time largely about being furtive. I'm too young to have done the whole thing when men would have different colored handkerchiefs. That was already sort of passé by the time I came along, but you could look at somebody and if you caught their eye the right way, there was a little kabuki of unspoken communication by which you could pick people up. That's all gone now, I guess. You don’t need it anymore. Gay life changed with technology.

I've been with the same person now for 14 years, who I actually met in a bar, so I'm largely unaffected by the way that technology has changed how people meet. My experience as a gay man now, it's all everybody with their two and a half kids and driving their SUVs and it's great, in a way, because that's what everybody fought for. They fought for a level of equality that we can be just like everybody else. Not everybody wants to be just like everybody else, and with assimilation you lose some individuality. You know, it's not unlike people who say that they miss the sleazy old Times Square. Times Square was awful. I think we make a mistake by romanticizing old New York because it really wasn't so nice. It was really dangerous. And wonderful. 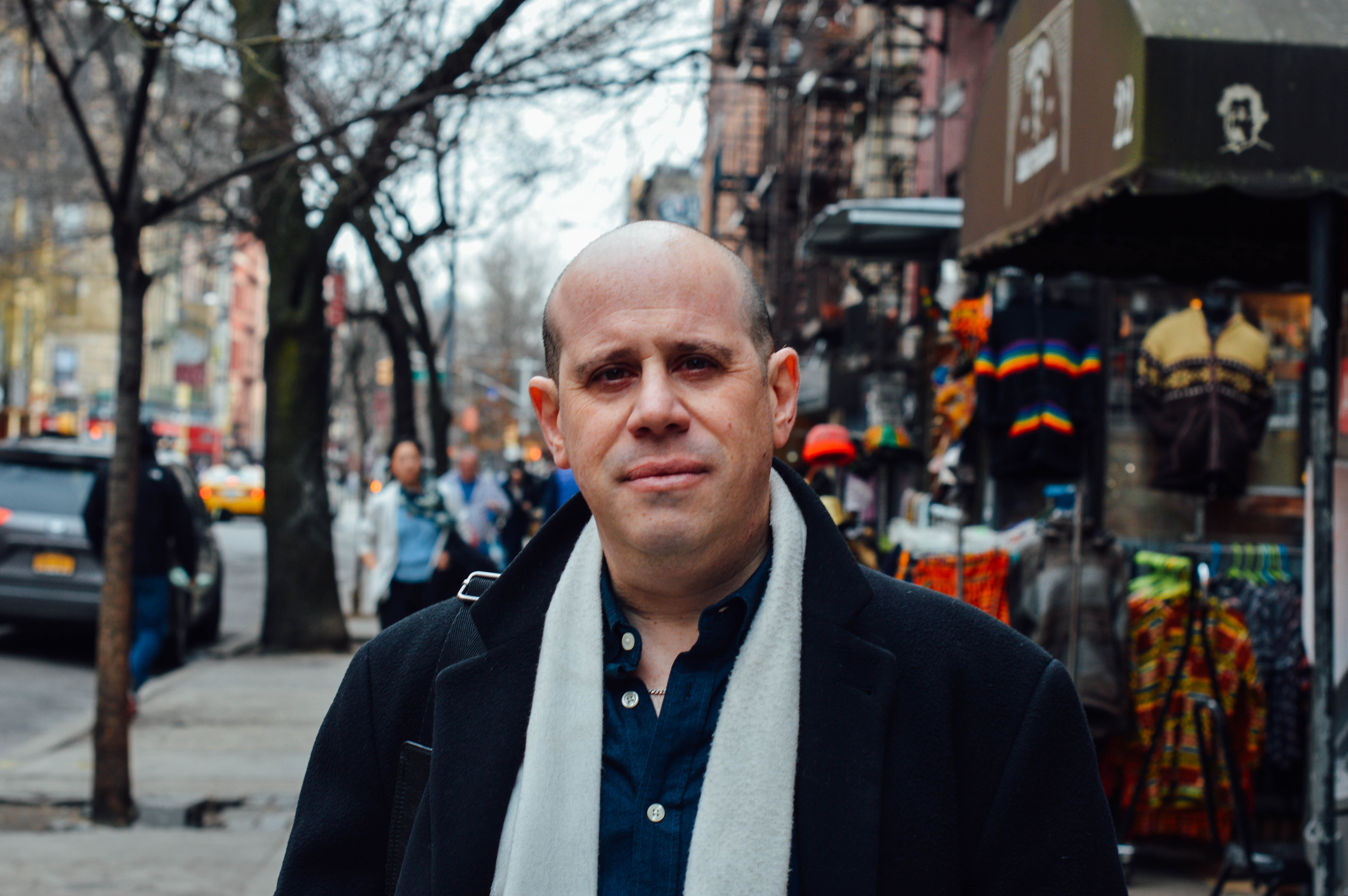