Bronx-born Robin Nurse remembers the NYC she grew up in, and laments the loss of that sense of community

After growing up in Co-op City and then living abroad for two decades, Robin Nurse returned to Harlem to find a changed New York City. Here, she reminisces about her childhood and shares why she thinks that "New York has lost its voice."

I remember absolutely nothing about my life past two days from yesterday, but I do remember Co-op City. There were not many families in Co-op City at the time. I think we were one of the first families on our floor. The neighborhood was eclectic. It was a very diverse environment.

The Bronx was definitely segregated into enclaves. The Italian enclave, Hispanic, or black. But Co-op City was mixed. The first year I had a babysitter, and I remember her specifically. Her name was Esther, and she had to be in her sixties or seventies. What was distinctive about her was that she was a Holocaust survivor. One day I saw the tattoo on her arm. I asked her what that was, and she said, "I was put in a bad place."

I’m still an inquisitive adult, so at that time I was always asking "What? Why? When? And where?" She told me about the Holocaust way before I ever learned about it in school. She told me about her life before the Holocaust. She lost a lot of family. I don’t remember if she cried, but I can remember feeling the sadness coming from her. I loved her dearly. Plus, she gave me my first taste of matzo ball soup.

Co-op City seemed very safe to me as a little kid. Perhaps this was because everybody played together. We were mixed groups—Spanish, white, black, green, if there was somebody in there that was green. But we all played together, especially in the first couple of years.

I spent a lot of time in the library, so I was always reading something. Once I figured out I could sneak from the children’s section into the adult section, that was it for me. I remember, at about ten, reading Barbara Cartland books. Barbara Cartland wrote romance novels. She had hundreds of books, and they were all, "Love’s lost, and then it’s found…on a ship." "Love’s lost, and then it’s found…on a desert island." So the covers would be that Fabio thing with women with heaving breasts and the men with flowing hair dressed as pirates. There was lots of kissing in Barbara Cartland books, which seemed so romantic. There wasn’t any hanky panky. My friends teased me a lot—I was called an Oreo because I read so much. I was black on the outside, but I was white on the inside.

By the time I was ten in 1975 things were starting to change. I think even Co-op City was starting to slowly change. The world around me changed. I was much more interested in what was happening outside of Co-op City, and outside of my environment. I remember reading Pippi Longstocking and deciding I wanted to go to boarding school in Sweden, and asking my mother. She said, "No, but if you study hard, you can go live abroad when you get older."

After first grade at public school in Co-op I went to a Montessori school, and then I went to a Catholic school, Ursuline. In as far as I can remember, few kids in the neighborhood went to private or Catholic schools. In my uniform, I stood apart from everyone, and I didn’t like standing apart. As you get older, you want so much to be like everyone else. And at that time, everyone else was into the new music, hip-hop. That would’ve been the Grandmaster Flash era, and I was still listening to the Carpenters.

At that time, Co-op City was becoming known for rappers coming and giving street parties. It seemed like every Saturday afternoon on the basketball courts, there was a party. Grandmaster Flash was there, Run-D.M.C. All of those guys came through. It was packed. Sometimes my mother would not let me go down. Her bedroom window faced the courts, so I could hear and see everything  happening. I think for the first several years, it was pretty cool. And then, after that is when it started getting kind of rough and violent.

The dynamics of the city were changing. Those years, we were broke as a city. I remember being on the train a couple of times, and people would put their hands in and steal people’s gold necklaces. That was really big in the late ‘70s. It was just a different place. And maybe a funner place. The South Bronx was definitely burning, and it was tough. As kids, as preteens, as teens, we also were changing. I think a lot of kids felt disenfranchised.

Around the age of fourteen I started going to sleep-away camp. It was a very wealthy camp, but I was on a special program. That also changed me, because I started hanging out with kids who had a lot more money, and at school too because the kids at Ursuline were wealthy. I was doing things that were very different from a lot of my friends in Co-op, who were hanging out outside, maybe going to the street party wherever, whereas I was seeing Rocky Horror Picture Show and trying to sneak into Studio 54. It further reinforced for me that I wanted to leave New York City and be somewhere else, specifically overseas.

I went to stay with my friend who was living abroad in Germany when I was 17. I think that was, for me, a point of change that I really did want to live abroad. New York was very small to me. After being in Europe, I thought New York was standard looking. Nothing looks old, nothing looks architecturally interesting here. But, that’s being unfair to New York, because New York is ever changing itself. It’s always reinventing who it is.

I’ve lived out of the country for over 25 years. So, when I came back here, finally, I could see a great difference. Co-op had changed. It just didn’t seem like that nice green place that I grew up in. I could see the kids were different than we were. We might have had our problems, but we were friends. We knew each other. Our parents knew each other. The parents looked out for everybody else’s kids, including their own. It didn’t seem like it was that type of life situation anymore.

Harlem changed. It changed for the better, but I have mixed feelings about it. 125th Street was "the people’s hood," as I used to call it. There was always something going on on 125th Street. There were record shops that had been there for years. There were little stores where you could buy jewelry or clothing that talked to the black experience. People knew each other, so they said hi. There weren’t as many tourists walking around.

Once they started putting big box shops in there, it lost its cultural flavor. That was a big disappointment to me. It was a big disappointment to the people who had grown up in Harlem, and lived in Harlem all their lives. Many people wanted to change and revive the neighborhood, but not at the expense of its cultural diversity. And that’s what was changing about it. It was no longer the black Harlem of the ’40s, ’50s, ’60s, and early ’70s. I think of it like a flat paint of an indiscriminate color, like eggshell. It lost its vitality.

I live on 108th and Fifth, right across from the park. My aunt owned my apartment and left it to me. That neighborhood has changed. I’ve been there about 15 years, but she lived there since 1968. It was a tough neighborhood in the ’70s and ’80s. I remember it being druggie central, and now it’s gentrifying.

East Harlem was mostly Hispanic from about 100th to about 116th Street. Now there’s a lot more diversity. Europeans are making Harlem their home and the rising cost of rent means that those who have lived here the longest are being pushed out. I remember maybe three years ago at a nail shop a couple blocks from my house, there were a lot of locals in and they were saying how they felt Harlem had changed. The feeling was that newcomers to Harlem didn’t respect its uniqueness or culture. They didn’t really connect with the true "Harlemites."

I would make the case that, love it or hate it, New York has lost its voice.

Europeans, particularly French, are renovating brownstones and opening new cafes and restaurants that were very French, Belgian, or African themed. The restaurants tend to be full of millennials, but very few old-school Harlemites. They were keeping to themselves. I feel like we, as residents of Harlem, are not doing enough to come together and create a sustainable community. We should all be proud to be at the forefront of Harlem’s resurgence.

I think it was Fred Siegel of the City Journal who said, "New York senses something is changing—not for the better." I would make the case that, love it or hate it, New York has lost its voice. The city has become bland, subdued and blended, and I find that a little heartbreaking. We're in danger of becoming a city with a gated community mentality. We took ten steps forward only to take 100 steps back.

If I have to grow old here, I want to grow old in the knowledge that I’m part of a unified community. I’m not sure that’s where New York, or Harlem, is headed. 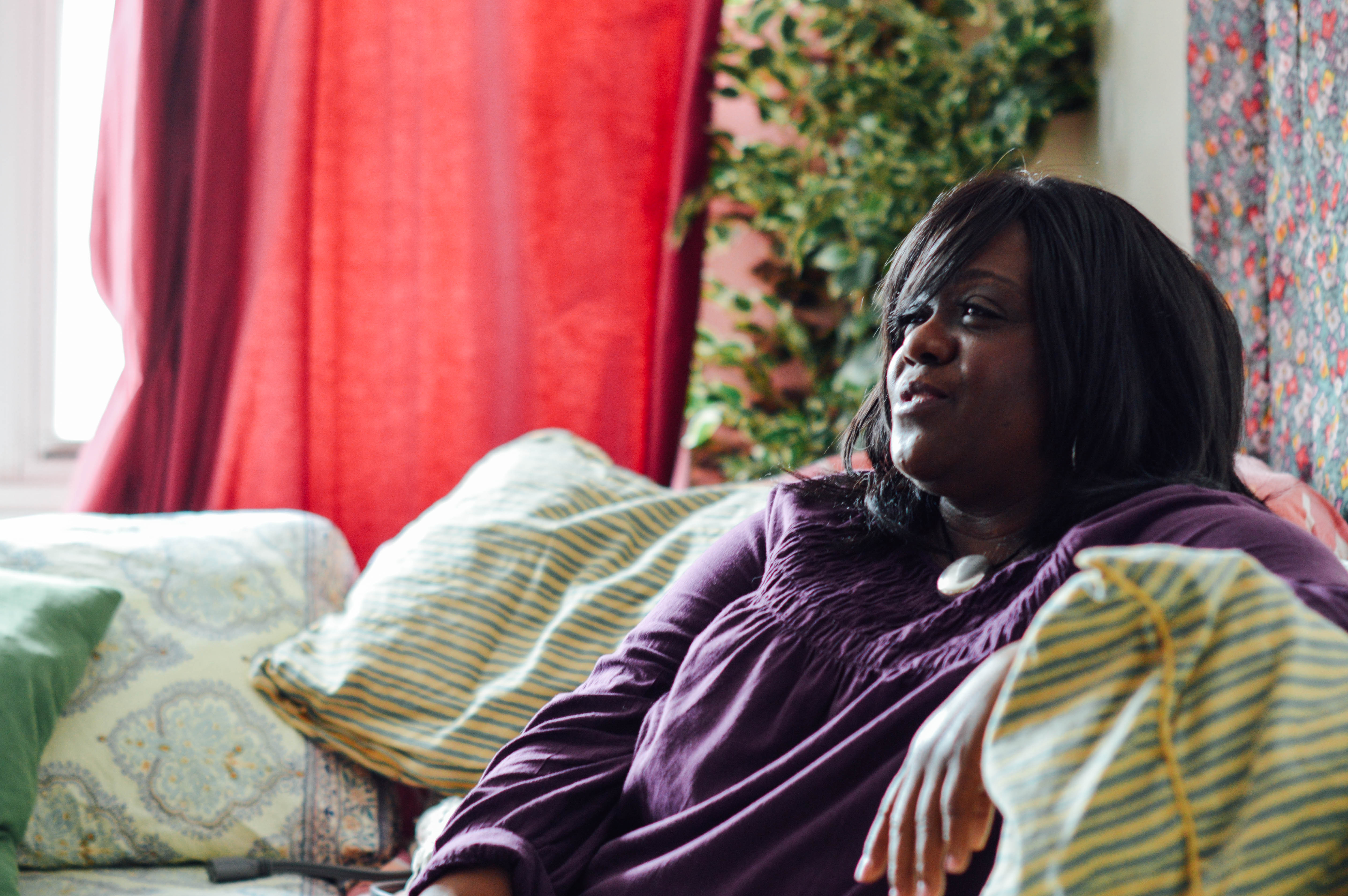