Ian Reid is a 38-year-old Brooklynite who grew up In Fort Greene and still lives nearby. Here, Reid recalls the heyday and fall of Albee Square, the Brooklyn skate scene in the '90s, and muses on the state of the city.

In the 1980s, Brooklyn was still very community-based. Fort Greene and Farragut Houses were a totally different place. They were very poor areas of Brooklyn. I was close to Albee Square, and people from all over Brooklyn would come there. It was interesting sometimes to see the ’hood legends, who were doing whatever it is that they were doing and making a good amount of money doing it. ’Hood legends would show up all the time at Albee Square. It’s where you went to buy jewelry and sneakers and clothing and stuff, so they would always be there and it's always good to see them. Puts a smile on your face depending on what type of lifestyle you lead.

A huge part of why Albee Square mall was so popular among so many different groups of people was because of Beat Street. My man DJ Self, who’s from Fort Greene, he shopped at Beat Street. And a lot of the DJs at that time went to Beat Street. You might see Frank [a nickname for the Notorious B.I.G.] down there by Beat Street.

I only seen Frank twice, and that was like the greatest experience of my life. I remember seeing Frank and I was like, "Oh shit, it’s Frank." All the rappers would show up at one point in time at Beat Street for various reasons. And it was a huge draw for many people and it's why people would come to Downtown Brooklyn. Once Beat Street closed, it lost a lot of the glitz and glamour and allure to some people.You can still buy jewelry down there, but once Beat Street left it started changing. Stores in Albee Square started to close, and then finally the square just kind of disappeared.

At that time, there was A&S, Mays, and Woolworth's. That’s where you shopped if you were black and in the hood. Macy's came to Downtown Brooklyn and then that was the start of the change of Downtown Brooklyn. You didn't go to Macy's. It was the more upscale shit. After that, rent got expensive and some of the smaller stores that we used to shop at changed. 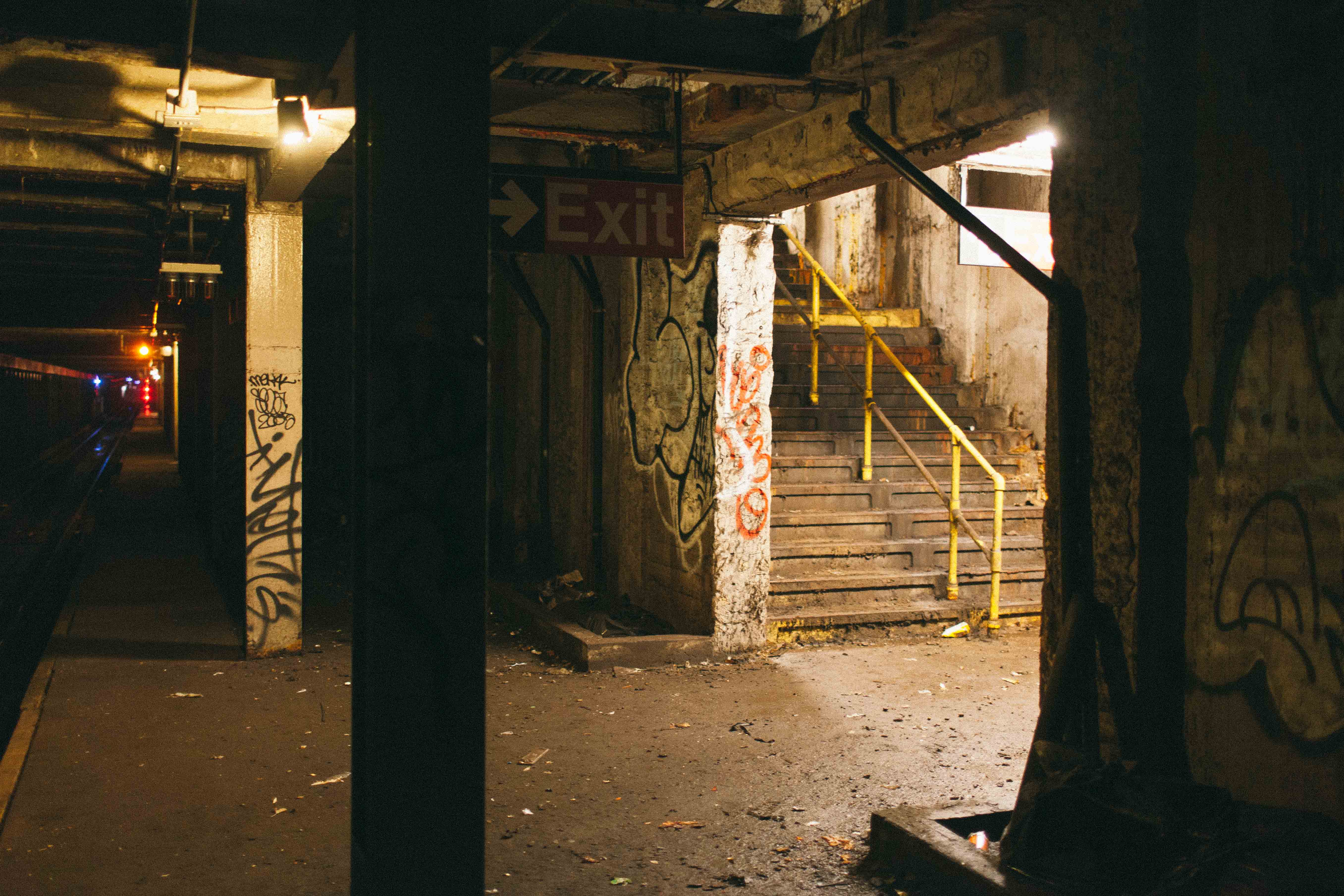 The first time I got chased in a tunnel by the cops was some wild shit. I remember I was at 25th Street in Brooklyn at the R train, and 25th had these express tracks. Sometimes the trains would be laid up there and you could write on them. I was coming out of the tunnel and I saw this dude, and he was like "Hey!" I looked and was like, "Oh, fuck." Started running and shit, and he started chasing me into the tunnel and so next stop was Prospect and we get to Prospect and he's still chasing me and I'm just like, "Fuck."

We're running and the next drop off after Prospect is 9th Street. So in between there's emergency exits and I just popped out the emergency exit, and then I doubled back and went down to Third Avenue. I lost him and I was so happy. It was such a weird rush of like, "Oh shit, the police."

I got into skateboarding to write graffiti, because all the older dudes in my ’hood wrote graffiti and they had this crew called Twisted Skates. I wanted to be down with that shit so bad, so I got a skateboard. Skateboarding hadn't evolved yet. There was no like real tricks, basically. There was an ollie and a few random other things, but if you could do anything outside of that you were considered very good. So I skateboarded with them for a really long time. They were already older so they kind of tapered off, but I kept skateboarding. I got good enough to get sponsored, which lead to me traveling a lot.

I made it in skateboarding for a while, and it was good. I've been around the world a few times, and I'm very thankful for it and the skateboarding was great. I've met some very good, good friends and had lots of good times. It helped me become the person I am today.

We all still had to rely on the G train, which sucked.

I used to go with this one kid who lived in Cobble Hill. This was back when Brooklyn was very neighborhood-oriented and so me as a black kid walking to Cobble Hill was kind of funny. Lots of Italian dudes and everyone protecting their neighborhoods. So when I would enter these neighborhoods it was like, "Hey, what the fuck are you doing here?" I’d tell them, I'm going to see my man here, I'm going there, and it was acceptable, it was cool. And it was the same thing everywhere. When I would go to Coney Island to see some of my boys, I would walk in and at that first introduction it was like, "Who the fuck is this?" And then I’d state my name and who I am, what I’m doing out there and then shake and shit, and that's it. You're good.

Fort Greene was just a very interesting place on some levels because it was always deemed as the ’hood. I would tell people where I'm from and they'd just be like, "Oh, no way, I'll just meet you somewhere else". And people would meet me at High Street which is like Brooklyn Heights, the next thing over to Fort Greene.

There was a good mix of middle class people and then not middle class people in the neighborhood. They just meshed well. There was never really a situation. The haves and have nots didn't not get along because we were all in the same boat. We all still had to rely on the G train, which sucked.

Now Brooklyn is almost like a college campus. The most noticeable change was my friends that I grew up with got priced out, or they would get into trouble. The city passed this law—I don't remember it fully, but it’s something to do with if you commit a crime on New York City public housing property, they can evict you from the property. There was some shit with this law where friends of mine would just always get in trouble, and they would get evicted from the projects and have to move. They’d relocate somewhere far out—East New York, Starrett City. 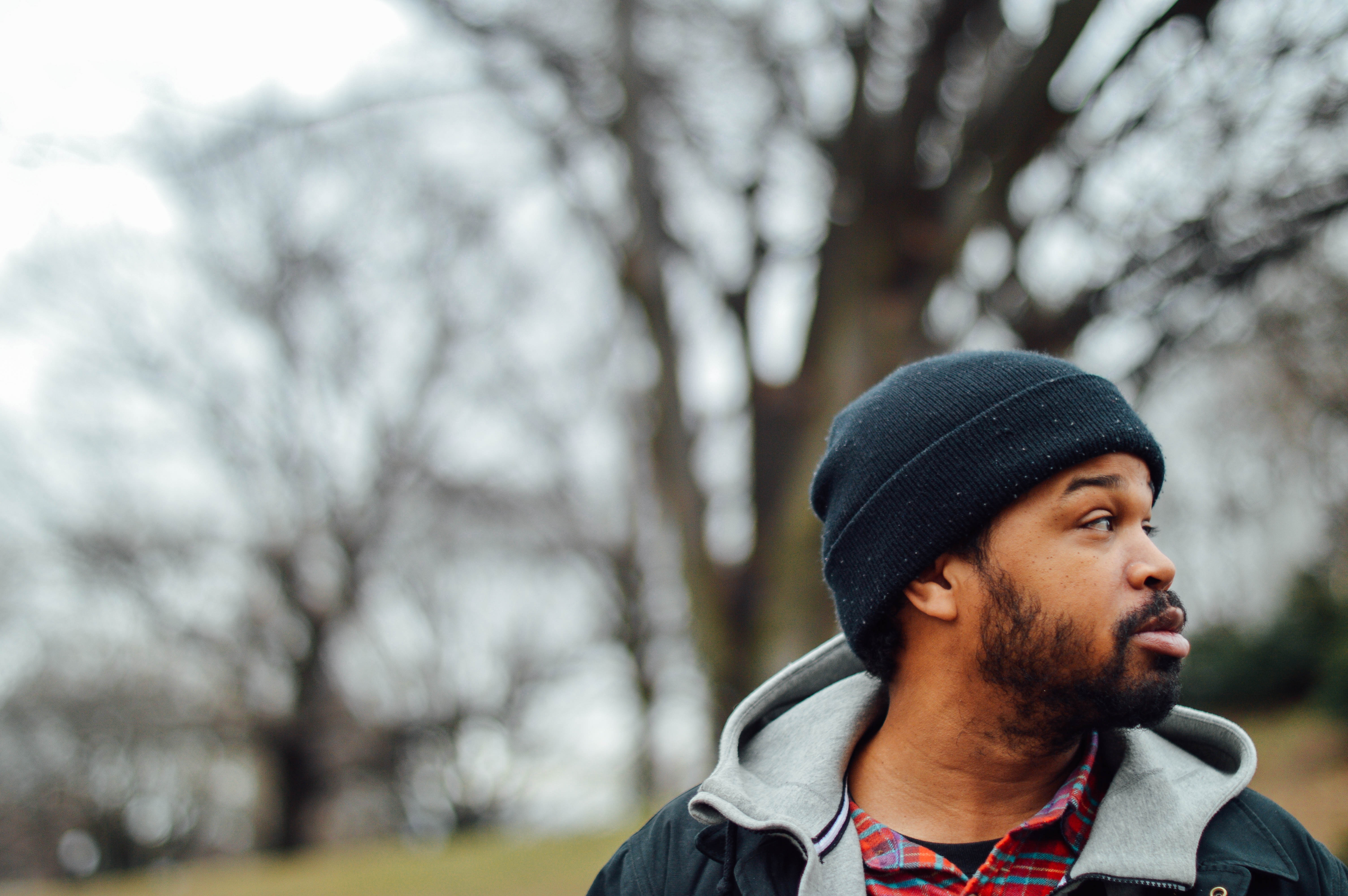 Like shit man, you couldn't even walk in Fort Greene Park at night. Like there was this group called the Night Crawlers. It was rare that people would walk up to the side of the park because this gang would rob people that walked close to the park. They would jump down off the wall, snatch whatever, and jump back up and run back to the projects. It was a wild time over there. And I remember we would always walk on the other side where Spike’s Joint was and we wouldn't even go in the park at night. Like it was just an unheard of thing. And now, people jogging and shit, like, babies in the park. It's crazy. It's just really wild.

Money changes everything. Money destroys the community but at the same time, if you are smart with your money, it builds and saves your communities. But it happens with everything. You look at all the neighborhoods when I was a kid where it was "dangerous" to go, or shit was fucked up. Now, they're all cool neighborhoods. You look at the Lower East Side. That was a horrible place. East Village—that shit was fucked up. You look at Red Hook—Red Hook was terrible when I was a kid. Like even when we would go to Red Hook for basketball games or Red Hook Pool, it was always a threat of like, "Damn, we might have to fight today. Be prepared to fight."

You realize when you grow up somewhere you have more of a vested interest in it because you might look at it as like, "Yo, I'll be staying here forever."

Now, there's all this new wealth and new money in there. And people that just move in and that's it. They don't care about what went on before they lived there or the people who lived there before them. It's a totally different thing. You realize when you grow up somewhere you have more of a vested interest in it because you might look at it as like, "Yo, I'll be staying here forever."

So even with the people who hustled or sold drugs, living on a block with a drug dealer isn't necessarily a bad thing because they want to sell drugs and protect their neighborhood. And at the same time, that kind of means there is a weird reverse safety blanket for you. While the quality of person who might be on this block in this neighborhood might not be too high, as a person who lives there and grew up there, you know that you are safe because the people that hustle know you and they'll look out for you if something happened to you. And now, all that stuff is gone.

The death of of the Fort Greene community was the demise of the corner store. Because the corner store is where a lot of shit happens. It's where a lot of information gets passed, and you run into your neighbor on the corner and you hear about what they've been doing. And now with the influx of all these restaurants, it's just people from other places that come to our neighborhood. They don't live there and there's no real discussion about what's happening in our neighborhood because we don't eat at those restaurants. We don't go to those places. 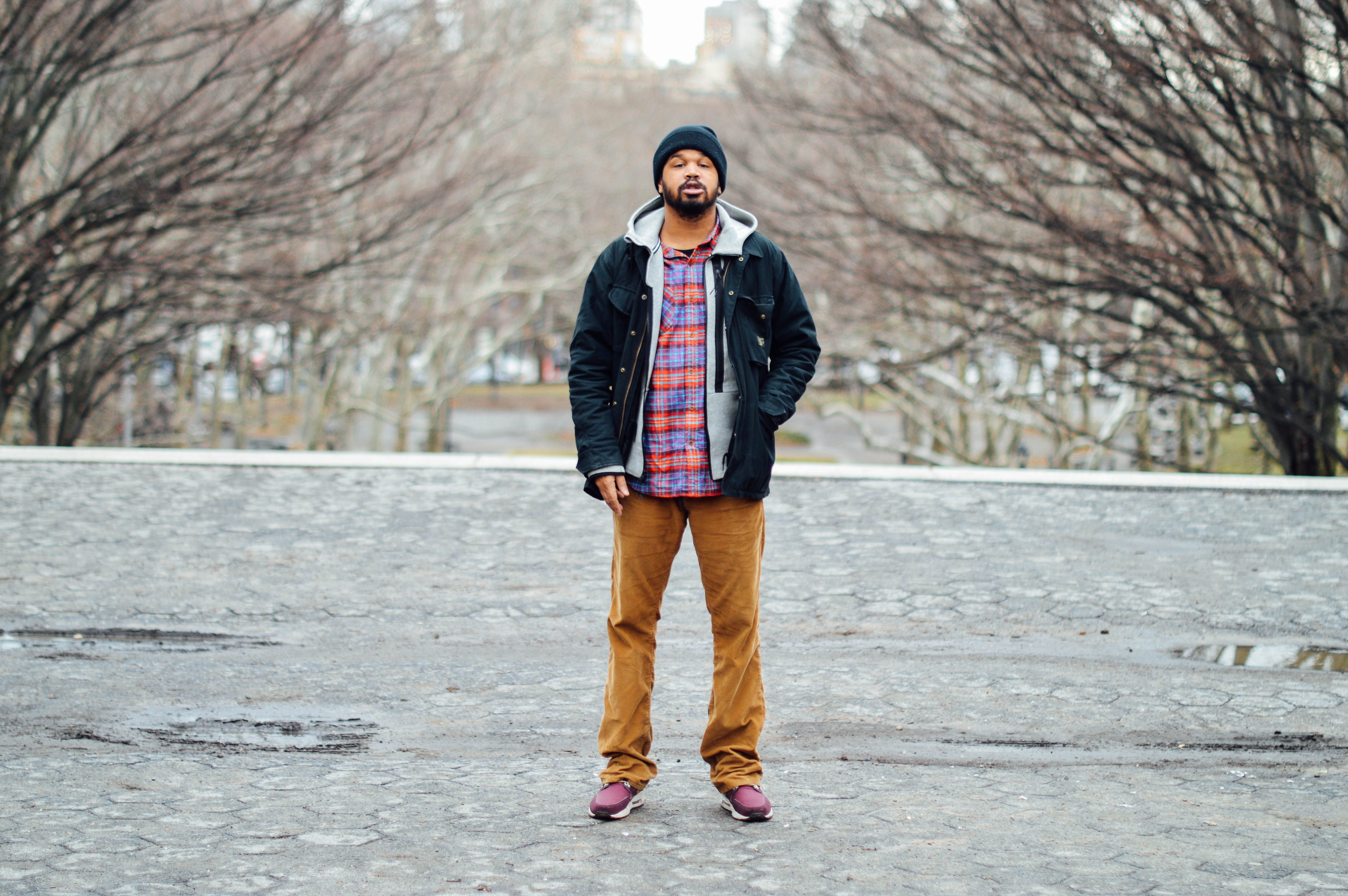