A Macy's heir once owned this stunning duplex apartment 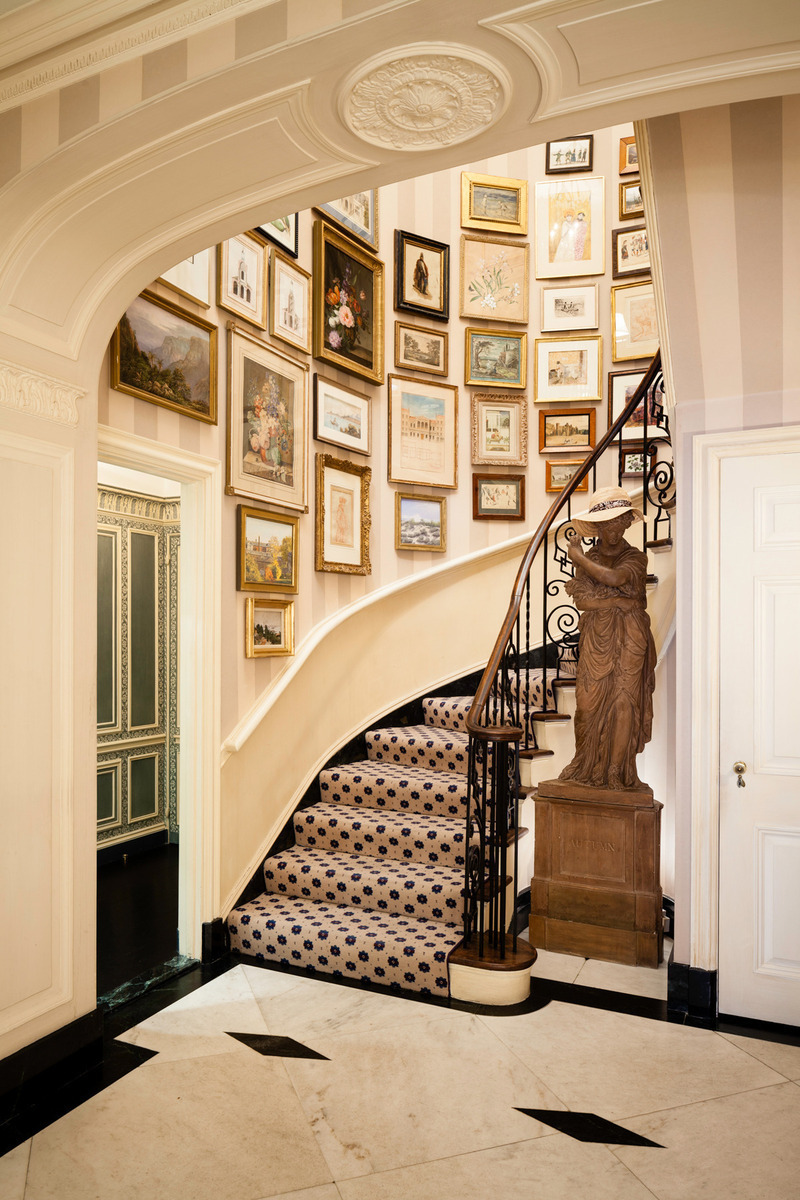 Per the listing, the apartment was first designed for one of the members of the Straus family, which owned Macy's; further digging suggests that the duplex was the home of Jesse Isidor Straus, who apparently lived in a "huge two-floor apartment" within the building; according to Andrew Alpern's Luxury Apartment Houses of Manhattan, Straus's home had "a 40-foot entrance gallery, a 36-foot library, separate wine and vegetable closet, a valeting room, a sewing room, and a kitchen larger than most modern living rooms."

That certainly seems to fit with the current listing, which touts the enormous duplex's "large Gallery with lovely circular staircase" and "four exceptionally proportioned large Reception Rooms, including a sunken 30' Living Room with adjacent Terrace." Other features include an incredibly charming wet bar, four wood-burning fireplaces, a breakfast nook, and original details like wooden mantles and plaster moldings.

It's also been decorated to perfectly fit the space, though presumably the art collection, antique furniture, and gilded accessories throughout won't be part of the package for potential buyers.

Next Up In For Sale in NYC