Kim Phillips and Ryan Garvey knew one thing when they first started eyeing a move to New York City: they didn't want to live in Brooklyn. For two creative types looking to plant new roots in New York, Brooklyn seems like an obvious choice. But the couple was coming from Boston, where they shared an 800 square foot two-bedroom apartment in which Garvey, an artist, had enough room for a studio. Finding a comparable space in New York that would also welcome their dog, Dollar, was a must.

The couple's move to New York City was spurred by a job change. Phillips accepted a position at Design Within Reach, the modern furniture purveyor based out of Stamford, Connecticut, where she now acts as Head of Public Relations and Events. When she signed on for the job, the question wasn't whether or not the couple would move to New York City (as opposed to Connecticut), but where in its five boroughs would work best for them professionally and logistically.

For Phillips, living in Mott Haven meant a trim 45-minute commute to Design Within Reach HQ. But for Garvey, when the couple started considering the Bronx, he also realized the potential to satisfy a childhood ambition. Always an artist, Garvey became interested in graffiti and its locus, the South Bronx, as a teenager. When the move became certain, the couple knew they wanted to become part of a neighborhood with a sense of unified community. The South Bronx just made sense. 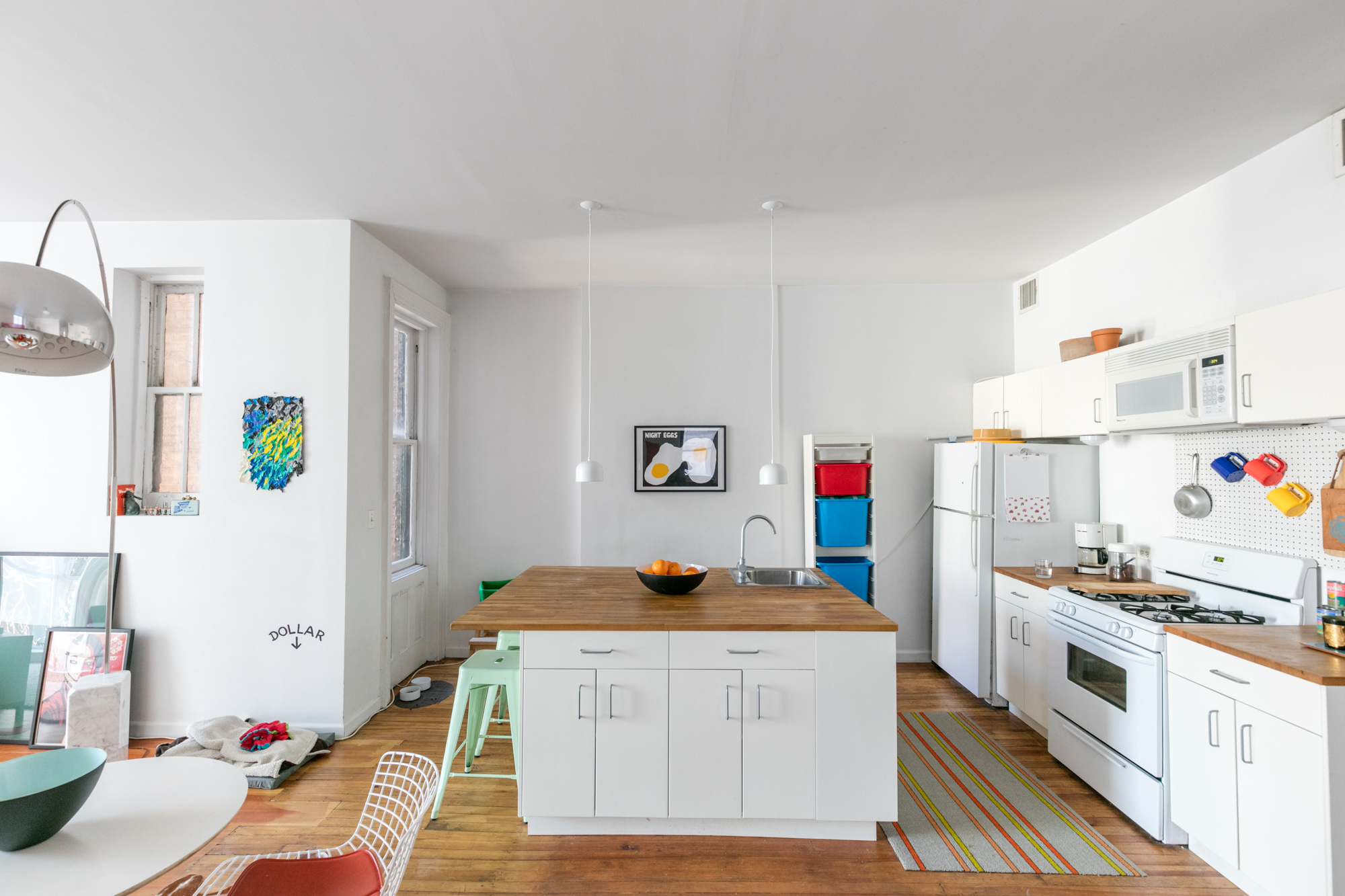 The couple have now lived in the same sprawling one-bedroom apartment in the Mott Haven Historic District for five years. It was the first apartment they saw in New York City. Garvey likes to joke that Phillips has a knack for finding them apartments in one shot—the same thing happened in Boston.

Phillips discovered the listing for their current place on Craigslist. As soon as they set foot inside the apartment, they knew it was for them. The rent, which is less than $2,000 per month, was also a bonus. The building had been purchased by an architect in 2002, who removed its rear fire escapes and added large windows that let light stream in. The apartment itself was charming, with worn wood floors, and features and finishes that were functional, but not overly ritzy.

The apartment's simple aesthetic matched their own, which Phillips and Garvey joke is a sort of failed minimalism. "Every piece is considered," Phillips says, but Garvey says that his knack for collecting small objects like figurines eschews that clean look. Both are keenly interested in design and their decor reflects that, from the Bertoia chairs around their dining table to the molded plywood lounge chair by Eames in the living area to the Ted Boerner sofa. 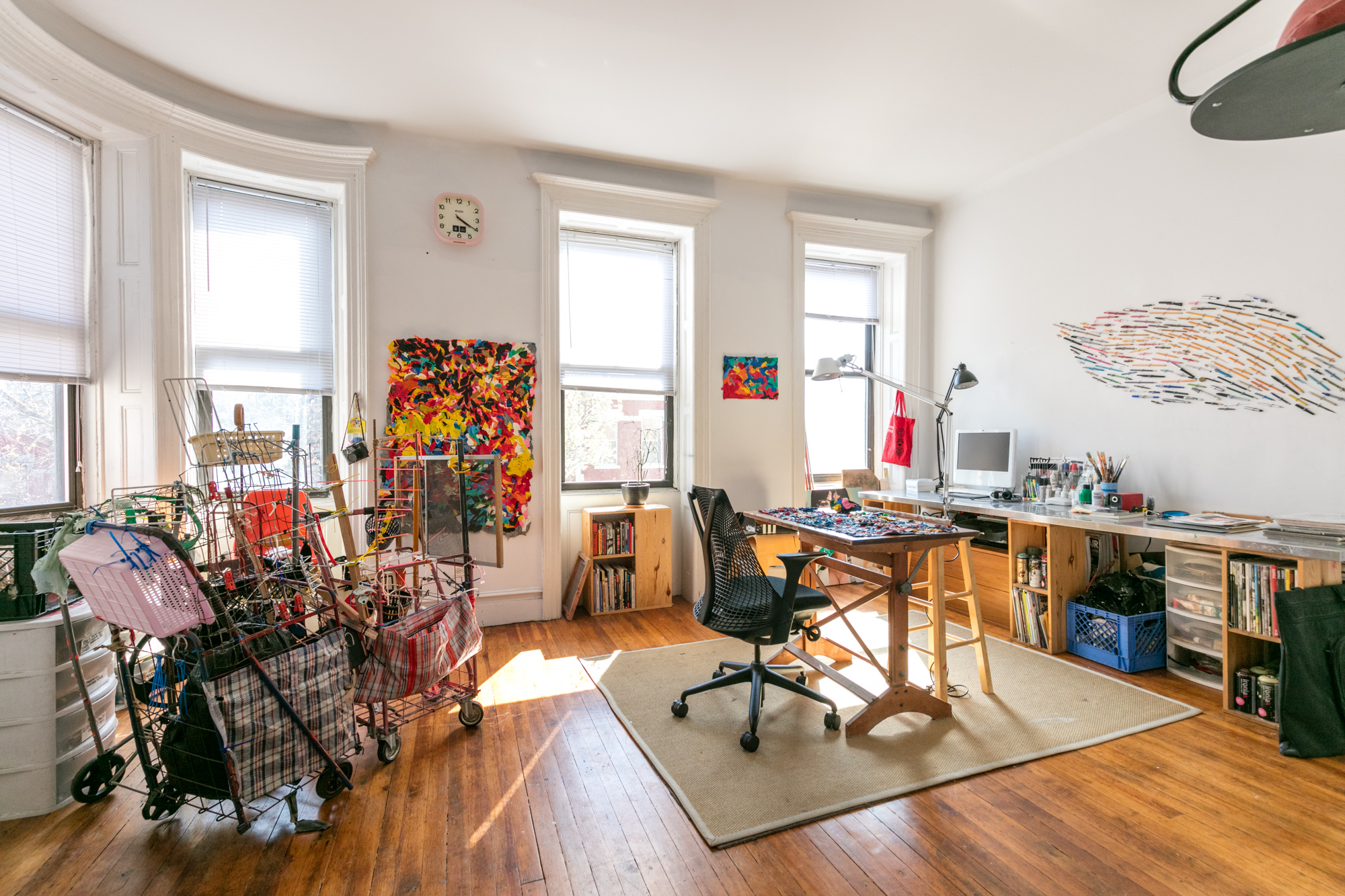 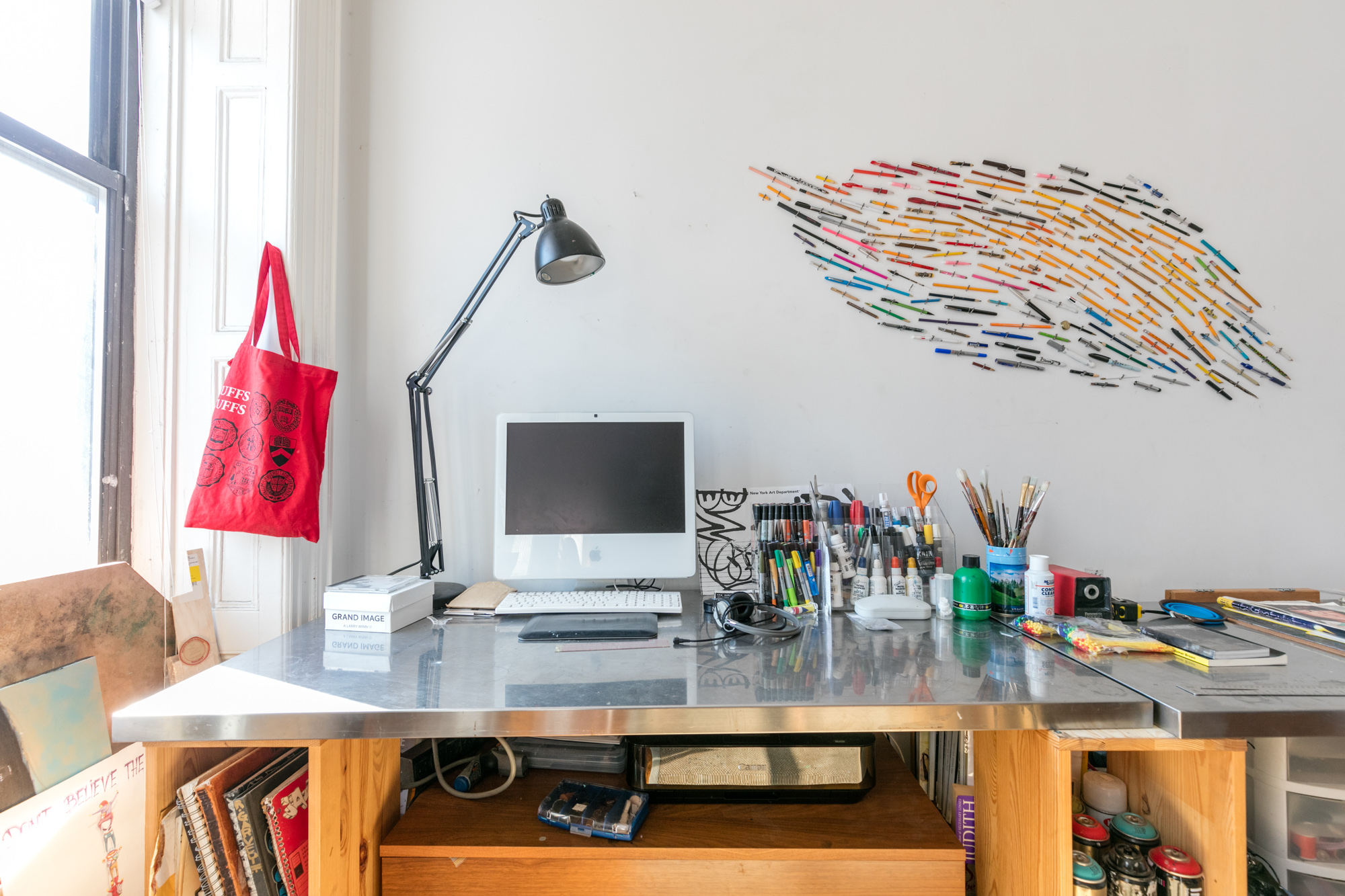 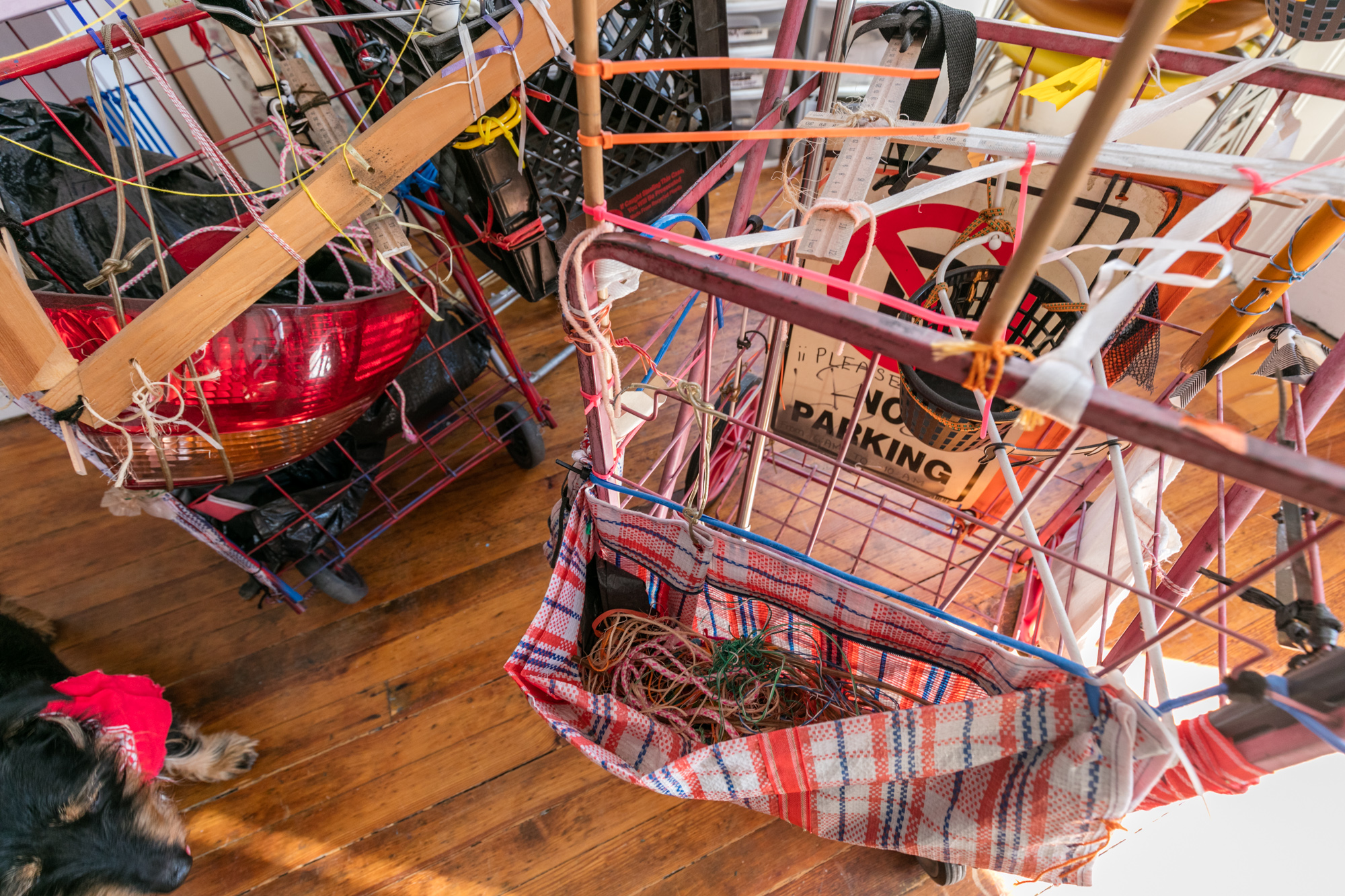 Garvey, whose art largely revolves around repurposing found objects, says their process of acquiring new, covetable pieces is more stressful for him than the daily habit of collecting unused objects for his art. "We'll buy two, three pieces at a time once a year," he says, joking that the swift (and pricey) action feels more impactful than the slow and constant accumulation of the materials he works with.

Garvey's studio, in the front of the apartment just off of the bedroom, gets the best of the afternoon sunlight and looks out onto the street, which is always buzzing. Both Phillips and Garvey love Mott Haven, and say their neighbors are quick to offer help or advice when they need it. "I'm a big believer in a thing that makes a neighborhood not dangerous is being there," Garvey says of the South Bronx's enduring negative image. "[It's] lingered longer than it needed to." Phillips says that changes are happening in the neighborhood, but slowly. "We got a Dunkin Donuts two years ago," she says, "We were excited."