As the production designer for such TV series like Boardwalk Empire and movies like Milk and A League of Their Own, Bill Groom has some experience translating bygone eras for modern audiences. He's done it again with Vinyl, the HBO series that reunites him with Boardwalk Empire's Terence Winter and Martin Scorsese; this time, the setting is 1970s New York City. The series focuses on record executive Richie Finestra (Bobby Cannavale), and given his line of work, it was inevitable that clubs like the Mercer Arts Center and Max's Kansas City would appear—and Groom is the man responsible for getting the look and feel of each iconic venue right.

Even though Groom came on to the series after the pilot was shot, he's been in charge of every element of the scenery ever since. "Everything that the actor stands in front of, or handles, is my responsibility," he explains. The series ends its first season tonight, and in advance of that, Curbed chatted with Groom about the process of bringing ’70s NYC back to life. 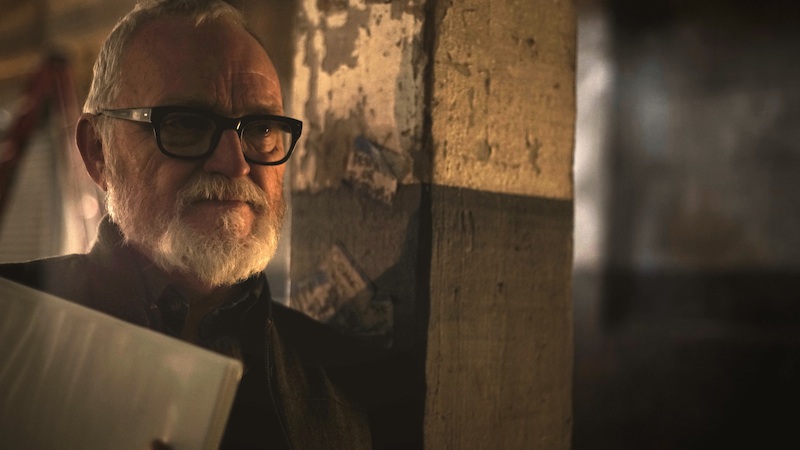 What was the research process like for creating the look of the series?

I’m one of the few people on the show that was an adult in the early ’70s, so part of it comes from my own memory, though you can’t always trust that. We rely pretty heavily on photo research. I wouldn’t guess how many documents we have, whether it’s pictures or articles written about the period or anecdotes from various people who were alive and working in that time. On Boardwalk Empire, by the fifth season, we probably had close to a million pages of research. Every year, you acquire more and more research, and it gets to a point where if you need information on something, you just go to your own files. With the internet being what it is, there are these online museums that have archives and photographs and all kinds of things. On Vinyl, this woman who grew up in Soho is putting together a loft museum, so she was very helpful.

The New York City of today is very different from 1970s New York—how difficult was it to find places that could work as stand-ins for that time?

It’s strangely more difficult the ’70s than to capture the ’20s. There are buildings—churches, museums, that kind of thing—that are still intact from the ’20s. There’s not very much from the ’70s. It’s a little harder to find interiors and buildings that maintain the look of the ’70s. Maybe someday that’ll be restored by somebody, but I’m not sure. So it was hard to find places that were easy to control. Most of the ’60s and ’70s architecture, most of that you find in buildings that have operating businesses in them.

Were there certain neighborhoods that worked as good stand-ins for the ’70s?

We pretty much went all over. It’s a case-by-case situation. There’s a lot of stuff in the outer boroughs that’s not well known—all kinds of Elks Clubs and things like that. For the beginning of episode four, we went to a synagogue on Long Island, and it was just spectacular. Sometimes on a television schedule, there’s a pressure to make a decision with what is out there, but my panic threshold is lower than some—I’d rather take one more day to find the perfect place. 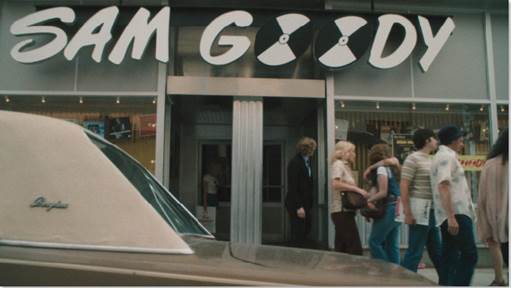 How else did you evoke the feel or look of that time period?

With Max's Kansas City, we shot not in the same spot where Max’s was, but the same neighborhood to try and capture that period. We built a facade of Sam Goody that was built from the ground up and placed it in front of the building we were shooting in, but again, it’s case-by-case, and what works the best for us. It’s scouting, deciding what gets built, what gets shot as a location, what gets built at a location…all those things are in the mix.

Since you're re-creating iconic spaces like Max's Kansas City or the Electric Circus, are you worried that people will find flaws in the design?

Somebody out there will always pick out a flaw, whether it’s there or not. People’s memories are very subjective, and it’s like two eyewitnesses describing an accident—there’s going to be two completely different descriptions. The most important thing is how does it tell the story that we’re telling right now. It’s not just about recapturing history; it’s using the historical elements in a way that tells a story to people today who are watching. Not somebody’s recollection of something. Those things are helpful, and they’re important, but if we’re successful we’re creating the feeling of the place more than just details. If we create the right feeling, people are usually pretty comfortable with it.

Next Up In NYC Filming Locations