"Clutter is the worst," says Nicola Fumo with a laugh. "Having everything tucked away is the best." Considering that her apartment is an approximately 400-square-foot studio on the border of Bedford-Stuyvesant and Bushwick, that pared-down aesthetic is probably for the best. But Fumo's space doesn't feel cold and uninviting; the space is spare, while still feeling warm and homey. "I’m a minimalist dresser—I have three outfits that I wear in different colors. That translates to how I put my apartment together," she explains.

Fumo, who works as the style editor at Racked, has lived in the small, rent-stabilized studio for a little over a year, after a friend sent her a StreetEasy listing for the apartment. It's her sixth apartment in New York, and the first one she's lived in by herself, so she's spent the better part of the past year and a half trying to make it feel like a home—even living without major pieces (such as a couch or a desk) until just this past fall. "I was so picky about everything I would buy," she explains. "I've had so many apartments that I bought furniture for because it fits. I didn’t want to buy any more furniture that i would get rid of in two or three years."

She brought her own design-focused eye to the task of choosing furniture and decor, scouting vendors both high and low—her bedding, for example, is by indie Brooklyn designer Aelfie, but her desk was sourced from Target and an accent chair comes from Urban Outfitters. Fumo also enlisted the interior design start-up Havenly (through, full disclosure, a free trial) to help her find the perfect items. "If you don’t know where to start, and you don’t want to spend money foolishly, it’s a good resource," she says. "It’s kind of like you’re emailing with a friend about your house, and it’s your friend with good taste helping you pick stuff out." 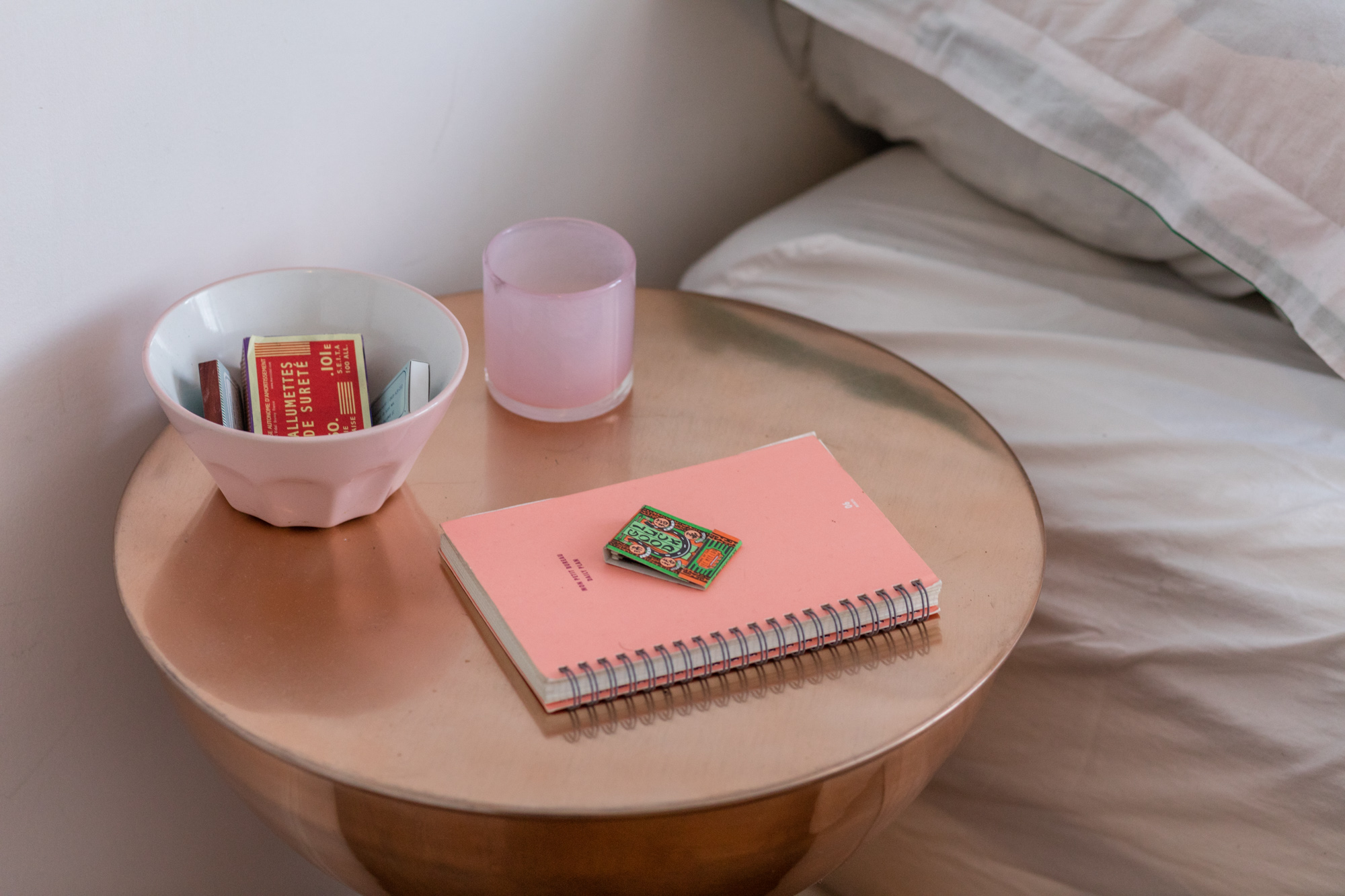 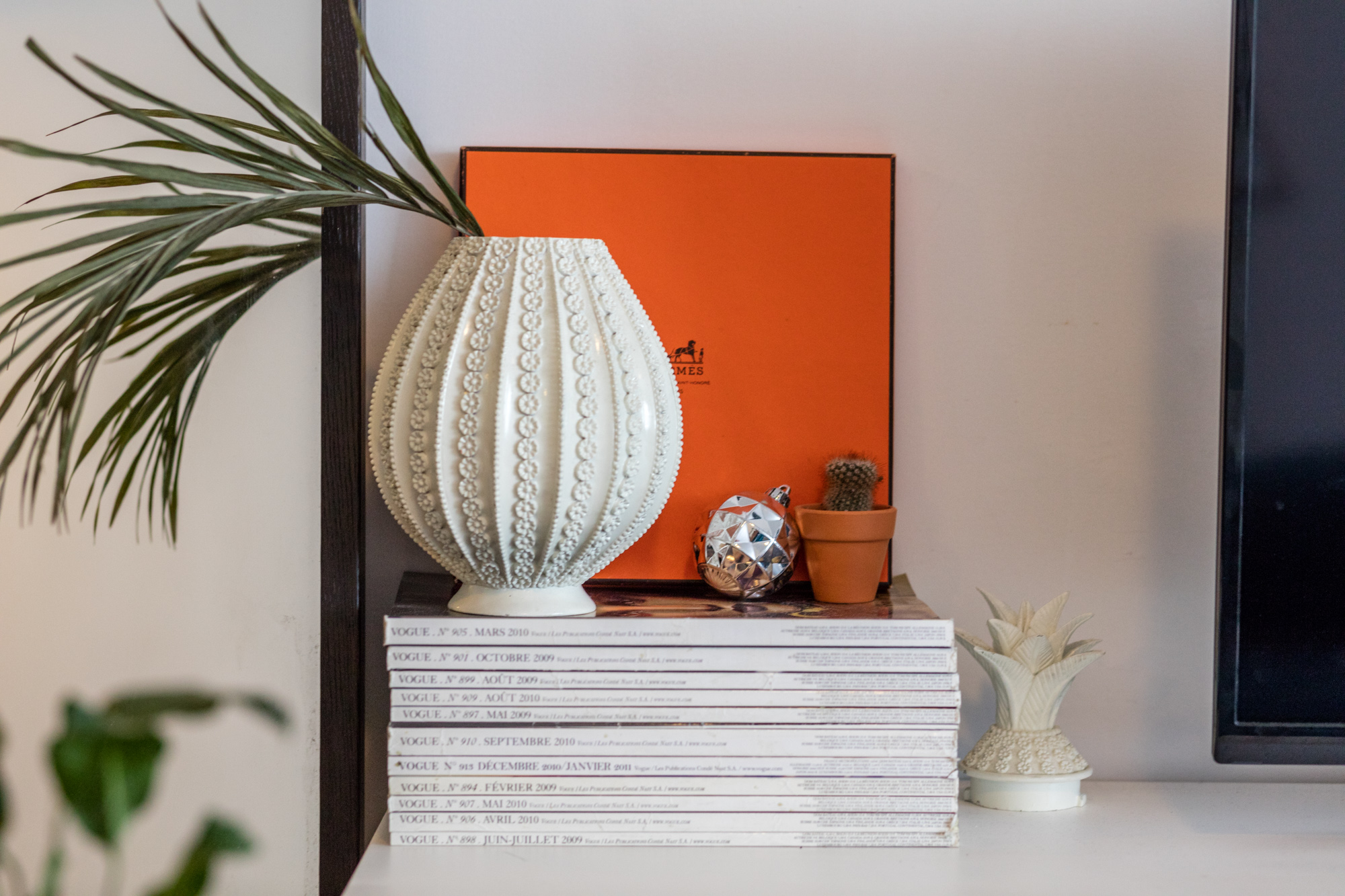 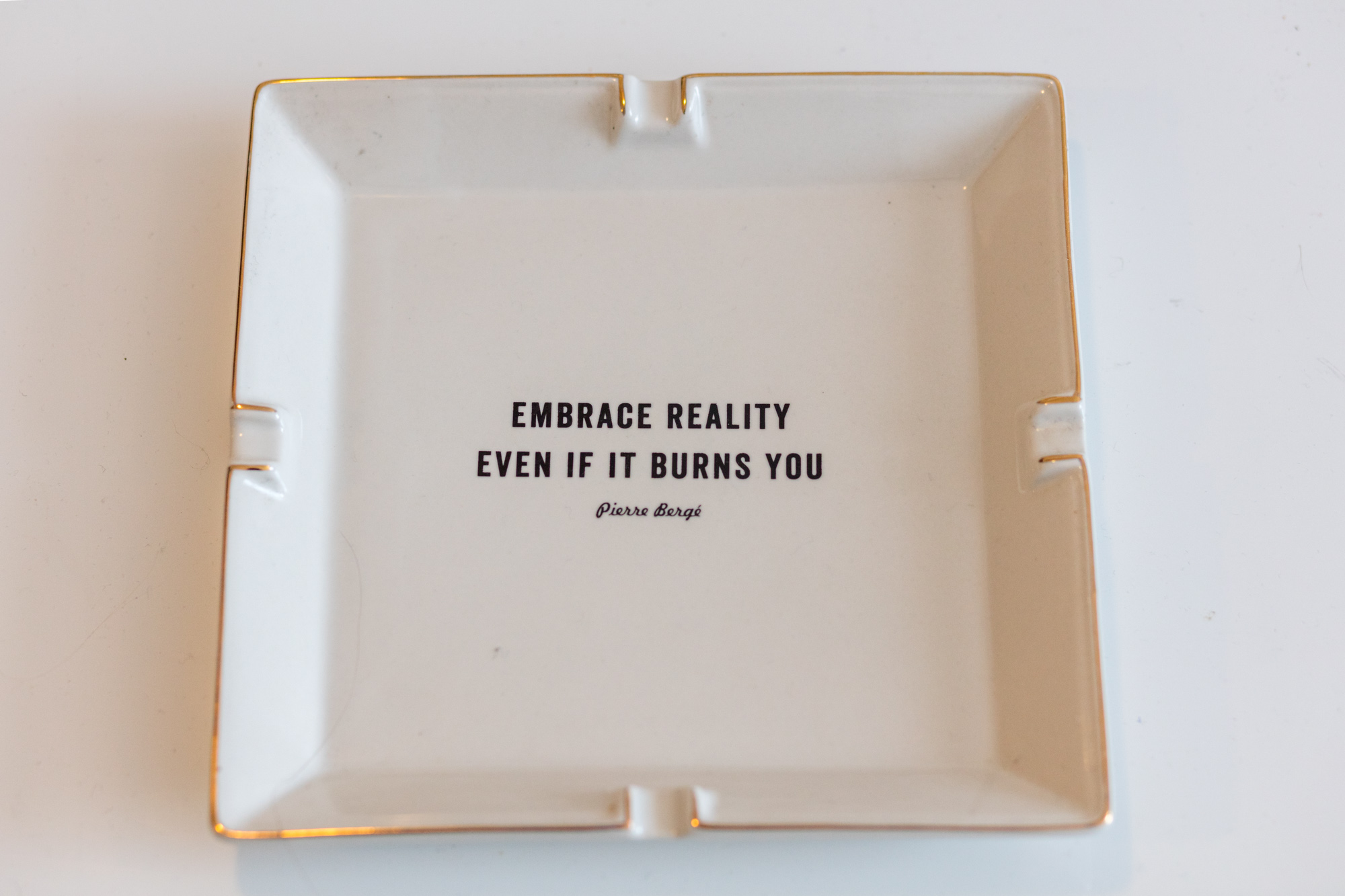 Even though she has many of the big statement pieces in place, Fumo considers her apartment very much a work in progress. "I rearrange every three weeks," she says, explaining that as a kid, she would do the same thing with her bedroom. "I've had everything every which way and I still don't think it's perfect—I'm always finding flaws." Part of it is aesthetics, but Fumo says that trying new arrangements is a calming activity. "When I wake up, I like to make sure that I'm seeing something that is pleasing," she explains. "I have to have a clean surface."

But it's not just the furniture that Fumo is hoping to redo—she also hopes to soften what she calls the apartment's "bachelor pad" aesthetic, with the dark wood kitchen cabinets and boxy layout. Bringing a bevy of plants into the home, along with colorful pieces like her teal velvet couch, has helped, and she hopes to replace the kitchen surfaces at some point.

And then there's the issue of storage space—or rather, the lack thereof. Fumo's apartment doesn't have closet space—something of a necessity for a fashion editor—so she's had to improvise with a metal dressing rack, an Ikea wardrobe, and clear plastic bins for her accessories. "I don’t have closet space so I have to be kind of crazy with what I allow into my apartment," she says. "When I moved into this place, I did a big minimalist purge, and I haven’t missed any of it." Still, she hopes to eventually build a larger system where her things can be out of sight, out of mind 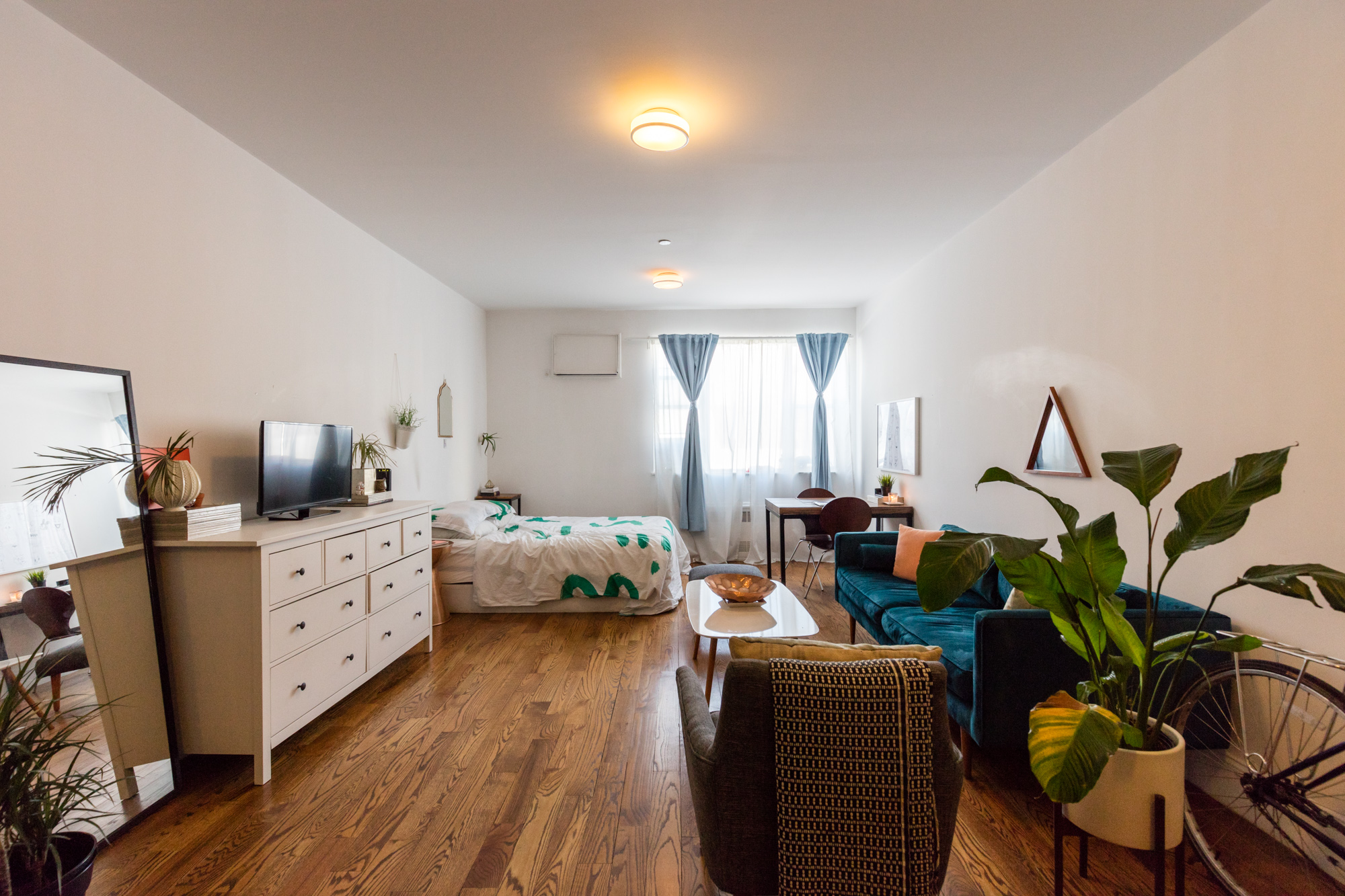 All of the care and time that she's spent on the apartment speak to her desire to stick around for a while—not just in the apartment itself, but in her Brooklyn neighborhood. "I spend all day in fashion and media world, and it’s really important for me to get away from that at the end of the day," she explains. "You can have a really skewed version of reality if you’re not around people who don’t live in fashion/media world. I like to have a place that feels truly like home, and like I’m leaving the city and leave work at the end of the day." 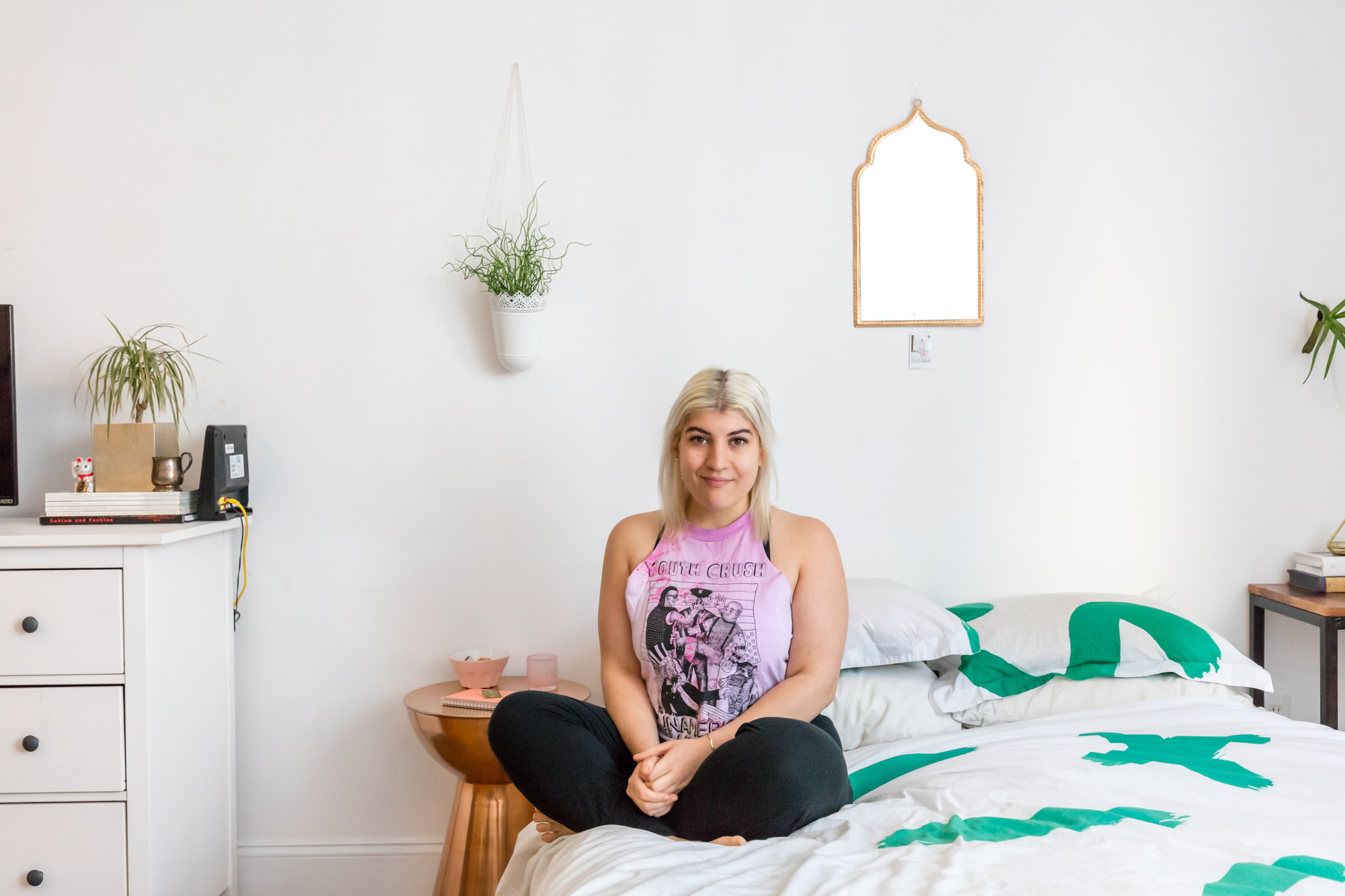