When Regina and Billy Mariano first looked at an apartment in Jersey City's Waldo Lofts, a 12-story condo in the Powerhouse Arts District, the area wasn't exactly booming. "It was a ghost town—nothing was open after 7 p.m.," says Billy. But the pair were drawn in by the apartment's size, its layout, and, most importantly, the price. After the 2008 recession hit, the price of the apartment dropped dramatically and the couple was sold. "We had budgeted higher, but because we really loved the place, we decided to gut it and make it the apartment we wanted," Billy explains.

Now, seven years and one gut renovation later, the couple has the apartment of their dreams. They bought the place in 2009, and spent the next few years transforming the apartment completely. And in that time, the neighborhood has changed dramatically as well. The Marianos moved from the Upper West Side, where they lived in a smaller railroad apartment in a walk-up building, and Jersey City "had more of a city feel—we wanted to be close to the city, but in something more affordable," says Regina.

Since the Marianos moved in, Jersey City has experienced a building boom, and will soon be home to the tallest tower in the state—99 Hudson Street, which will eventually rise more than 900 feet over the city. "It’s changed so much—they can’t build fast enough," says Regina.

Unsurprisingly, renovating the apartment wasn't exactly an easy process. The loft was originally staged as a model unit, so by the time the Marianos moving in, it was "bare-bones," according to Regina. What fixtures were in place—a metal spiral staircase, popcorn ceilings, laminate flooring, and the like—were torn out and replaced with features that hew more towards the couple's tastes, which Regina describes as "warm and eclectic." 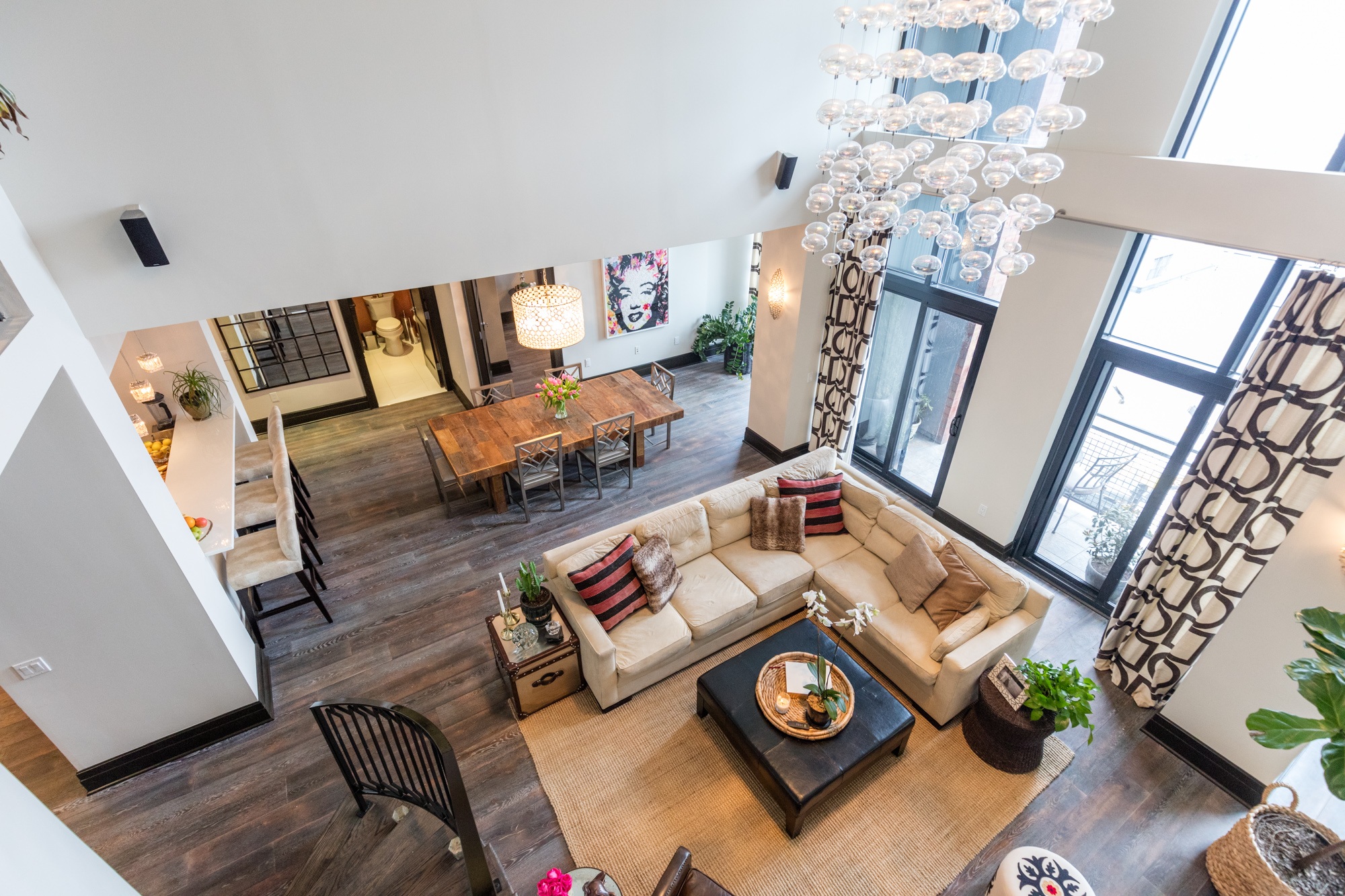 Looking down on the living room. Photo by Max Touhey for Curbed.

It took the couple, all told, about three years before their loft was transformed into the apartment that it is today. They spent a year figuring out what they wanted to do, and then two years actually renovating the space (working with a contractor who, Billy says, would disappear for months at a time, but did such great work that they let it slide). Pretty much everything changed: They expanded the size of the kitchen, turning what would have functioned as an office or third bedroom into an enormous pantry; they made the master bedroom bigger, and transformed the master bath; and even tore out and replaced the staircase in the living room. 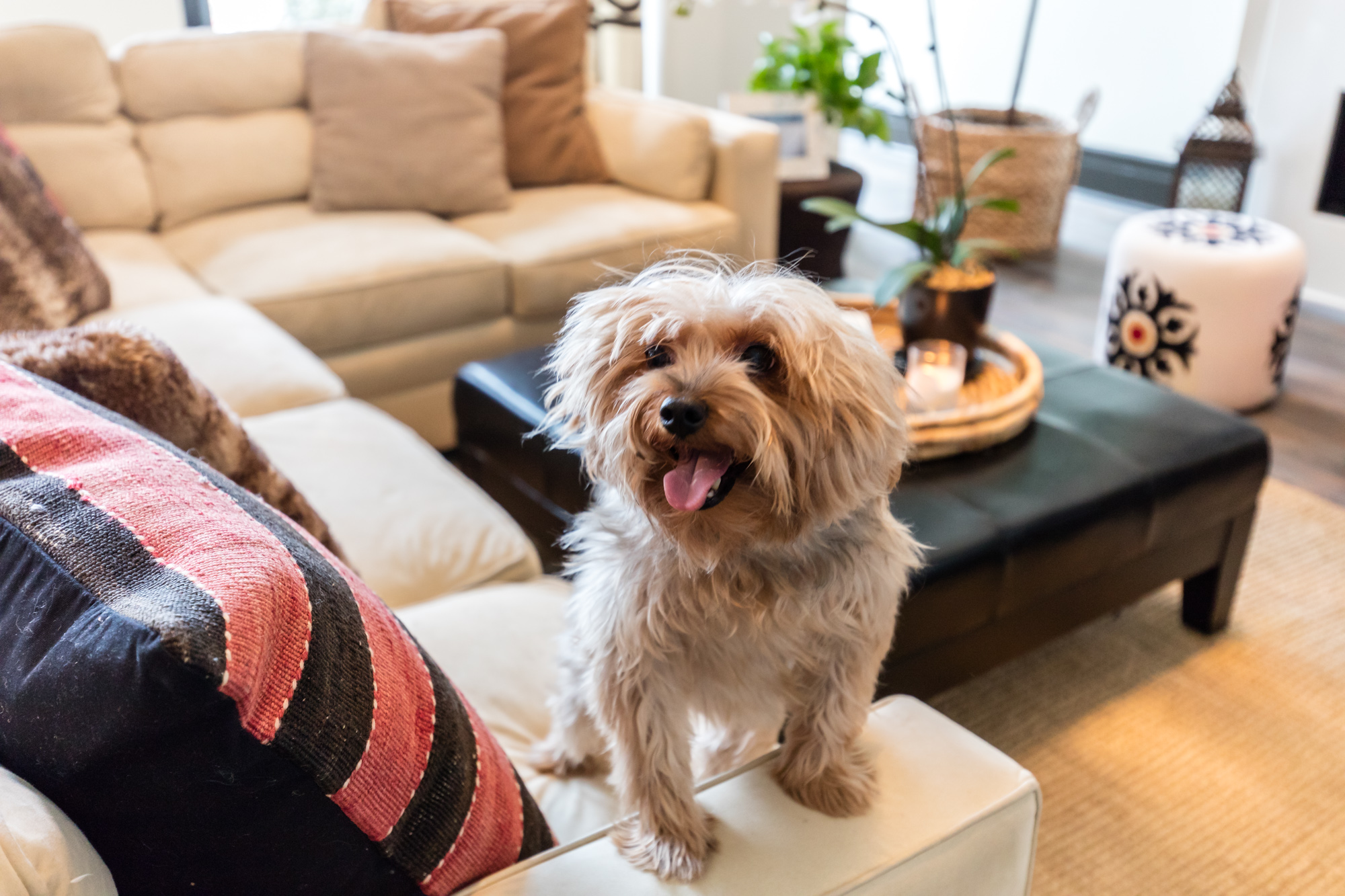 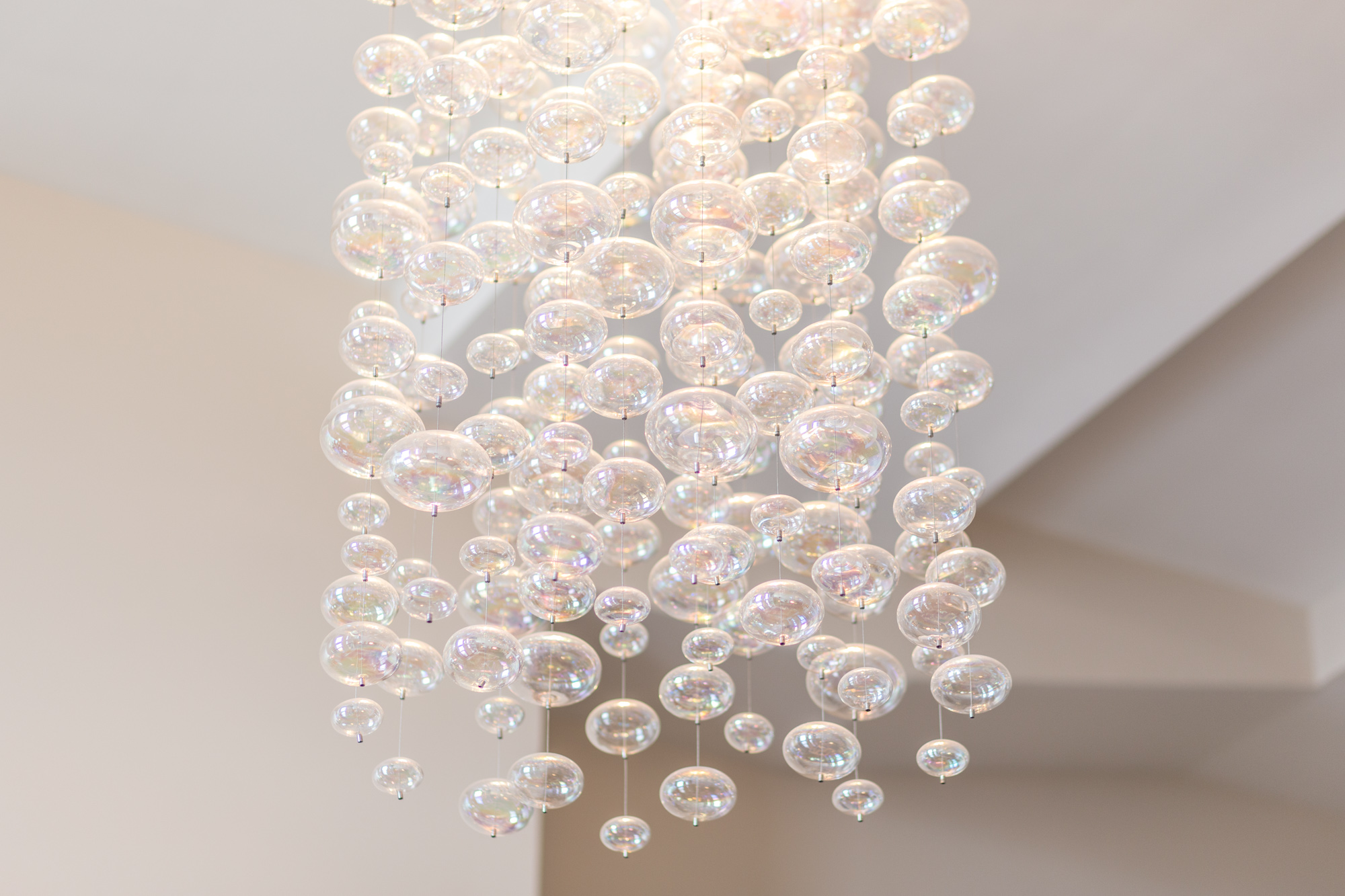 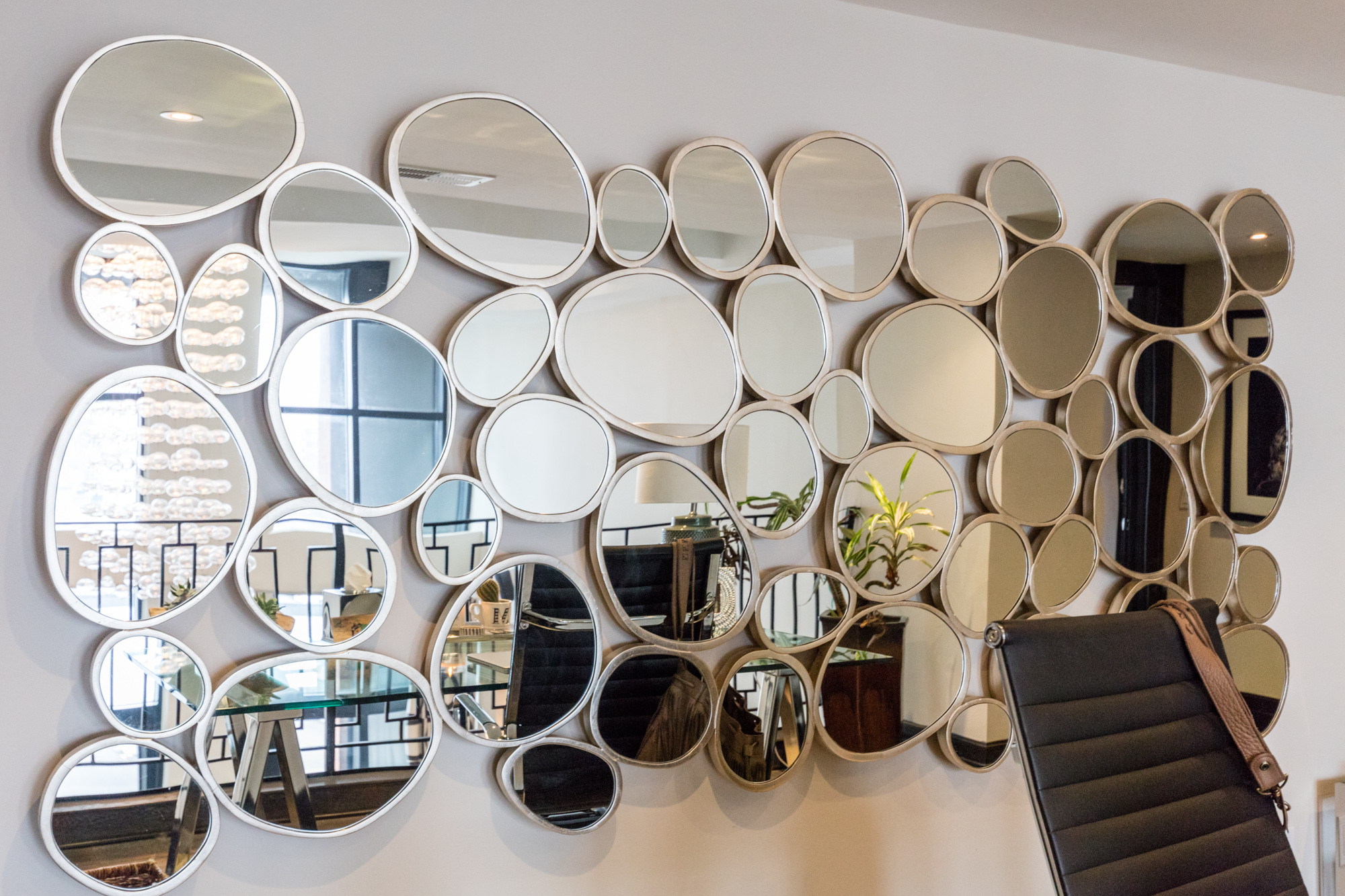 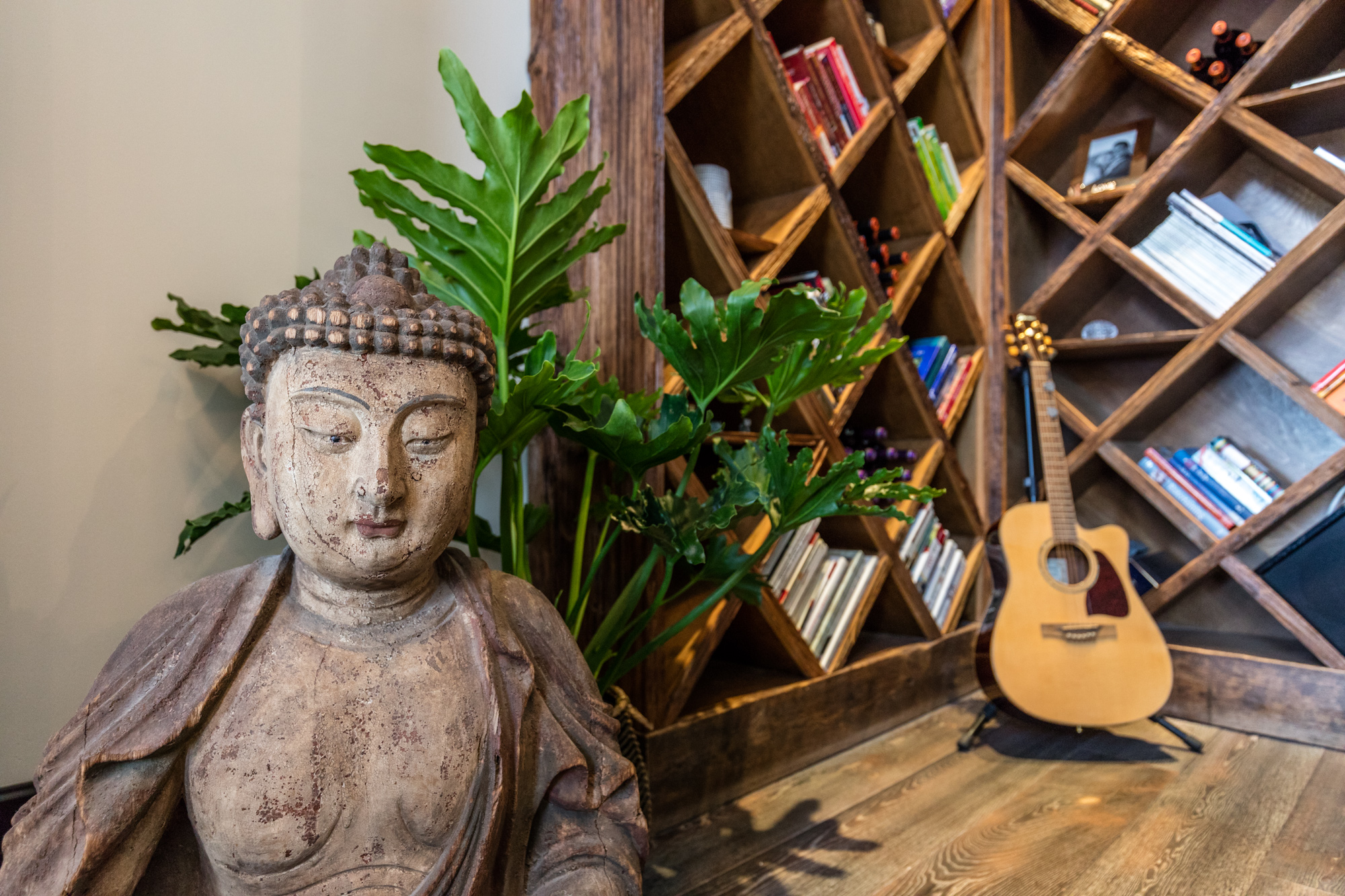 Regina, who has a burgeoning interior design business, was responsible for much of the look of the space—choosing the finishes, the decor, and even sketching out the iron work that makes up the staircase in the middle of the main living area. The loft was her first big design project, and she's since worked on the couple's home in the Hamptons, as well as other spaces for other clients. "This [project] was definitely like, practice, learn, make mistakes, and pull my hair out," she says, but things have gotten easier since then.

The decor, meanwhile, is partially influenced by Regina's tastes—a mix of high/low that includes custom pieces as well as items from Pottery Barn and Target—but also features many items collected from the couple's travels around the world. Wood carvings in their bedroom, for example, are from a trip to Bali; a huge portrait of Marilyn Monroe that hangs in the living room, meanwhile, is from Paris, where they spent a night hanging out with the artist himself, according to Billy.

And even though the design is different from what the Marianos originally pictured—they had a different design in mind for the staircase, for instance—they're both really with how it turned out. "It's enough space where if she's reading and I'm working, it's kind of like, we have enough room but it's pretty intimate," says Billy. "I don't think I'd change anything."

Update: The Marianos listed their apartment for sale after Curbed visited for this House Calls tour; the listing can be found here.