Inside the Easton, Related’s Amenity-Packed Upper East Side Rental

A four-bedroom apartment here rents for just under $20,000/month

Located in the Carnegie Hill section of the Upper East Side, Related's massive rental project joins a growing list of new developments in the neighborhood. The rental building sits at the intersection of Third Avenue and East 92nd Street, and is just a couple of blocks away from Extell's 30-story condo building between East 94th and 95th Streets. Several other residential projects are also planned for the surrounding area.

Where Related's project stands out is that it will be among the first of these new crop of residential buildings to be complete, and what's more the building offers a host of amenities and services that would more commonly be associated with a condo building. With news of a slowdown in the luxury market, developments like the Easton might just have an upper hand what with prospective residents more keen on shelling out big bucks on pricey rentals than on condos.

The Easton's 230 apartments range in size from one to four-bedrooms, and the 39-story tower is divided into two sections. Floors 10 through 29 have one, two, and three bedroom units. Floors 30 and above are known as the Tower Residences and feature four-bedroom, three-bathroom units with eat-in kitchens — this is also the section where the building's five penthouse units are located. Forty-seven units at the Easton were offered through an affordable housing lottery back in December, and they are spread out throughout the building. 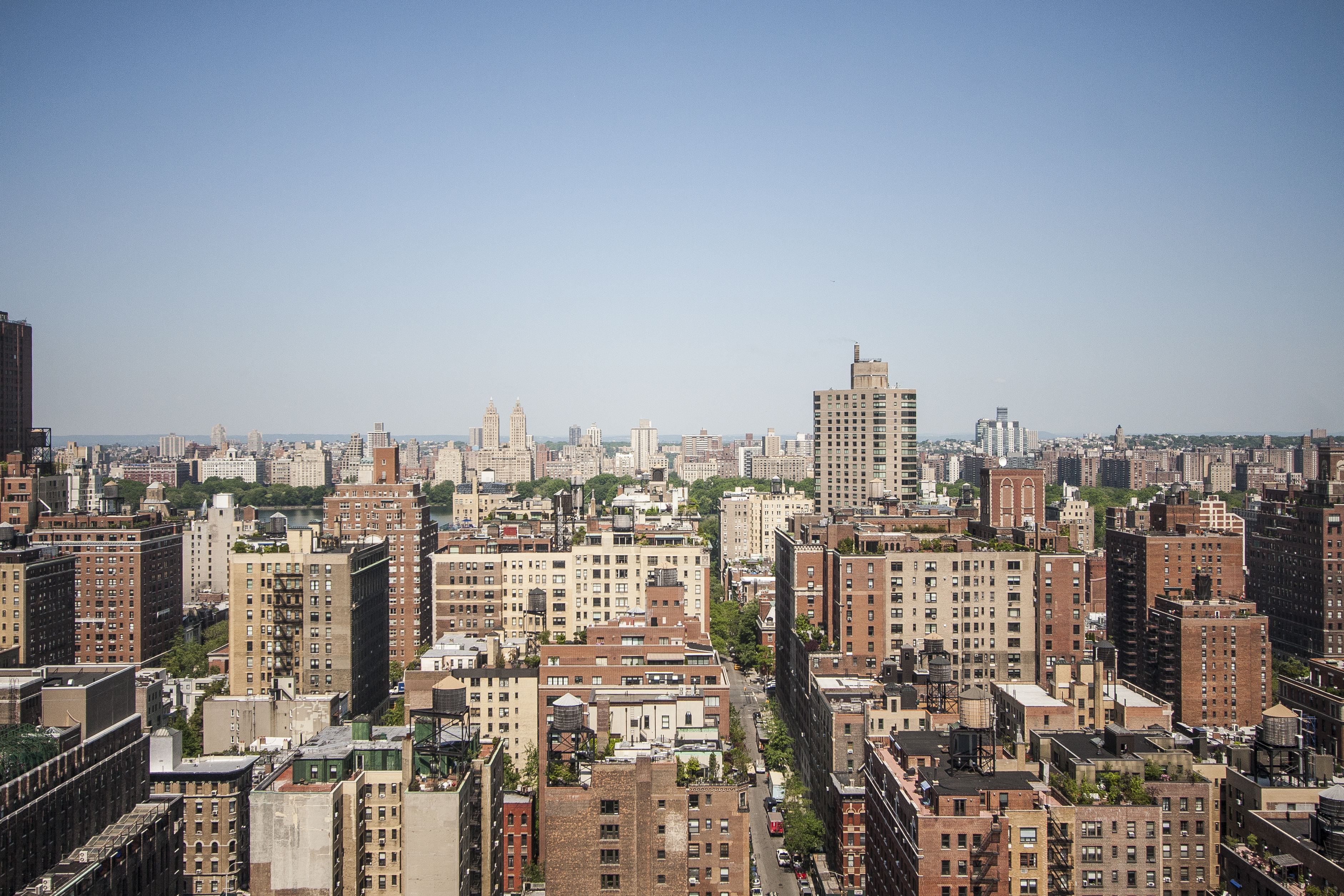 It's evident that the Easton is trying to make a statement right from the point of entry. The building features a double height entrance and lobby that comes with a shimmering gold sculpture created by Atlas Industries, and a large abstract painting by artist Jeff Perrott — both of which were specifically commissioned for the building. Last week, Curbed got a chance to tour three model homes inside The Easton — a one-bedroom, and two-bedroom unit on the 19th floor, and a four-bedroom apartment on the 30th floor, the latter of which is one of the building's tower residences.

All the interiors are designed by architect S. Russell Groves, who among other notable projects is also working on the interiors at 1 Seaport. Many of the finishes strongly resemble those that were seen in the interiors renderings, when they were first unveiled this past March. Some of the standout features in the two-bedroom unit include a host of KitchenAid appliances in the kitchen, over nine-foot tall ceilings, wireless lighting and dimming controls, Oak wood floors in the kitchen, living room, dining area, and bedrooms.

Already, over 30 percent of the building's apartments have been pre-leased. Chris Schmidt, the vice president at Related Companies, who accompanied Curbed on the tour said the development team was not worried about the slowdown in the luxury market, and that it certainly hadn't seeped into the rental market yet. He pointed to the building's condo-like finishes one as one of the key selling factors for the development team's success. Those high-end features are also reflected in the building's massive amenity package, that take up the first nine floors of the building.

That exhaustive list of amenities includes a full-service Equinox gym, which residents of the building can access through a private entrance, a children's playroom with an outdoor section, grooming and day-care services for pets, a landscaped barbecue and sun terrace on the ninth floor, a room catered to teenagers with a game area and work and study nooks, a soundproof music-rehearsal room, and a resident lounge with a billiards room. 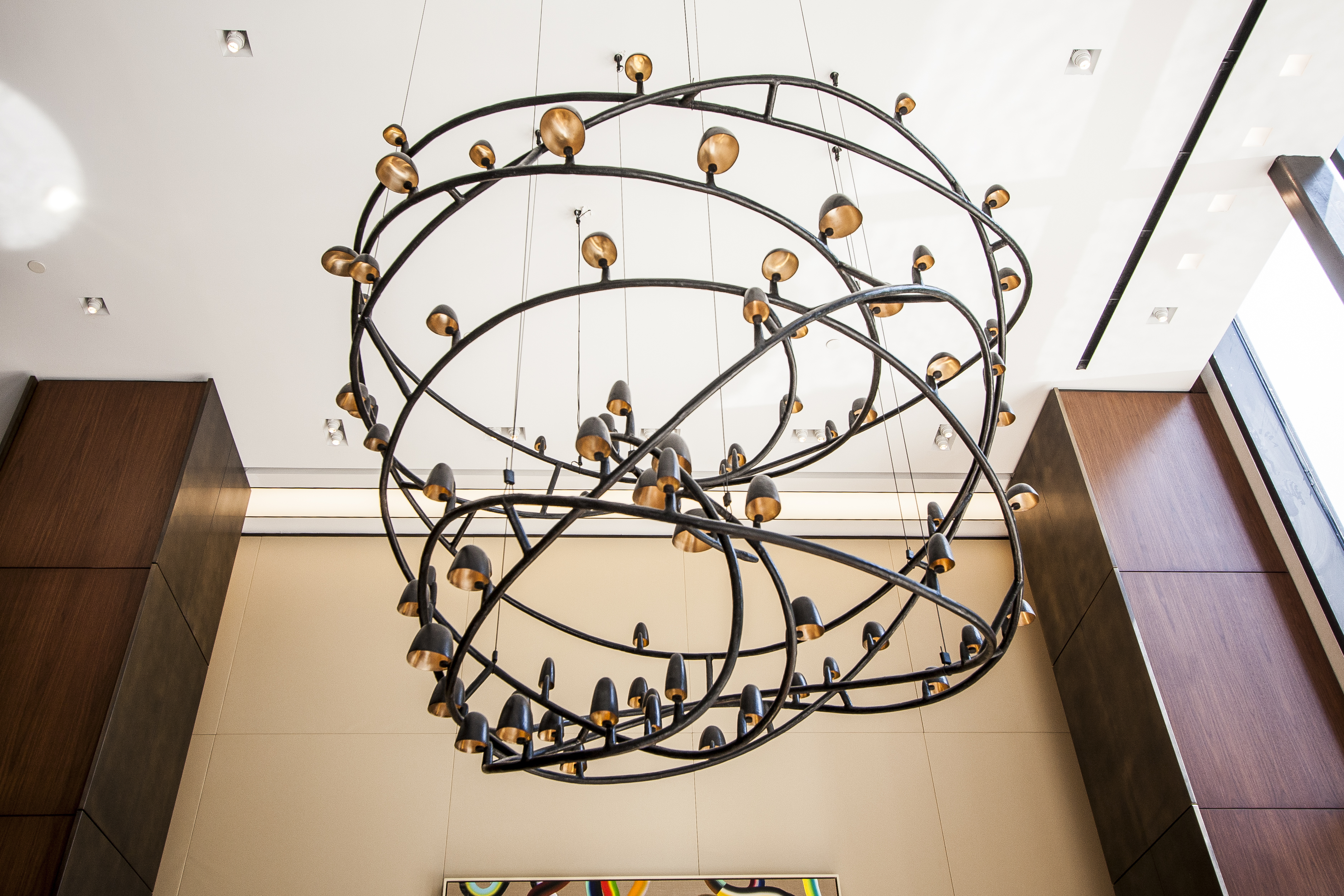 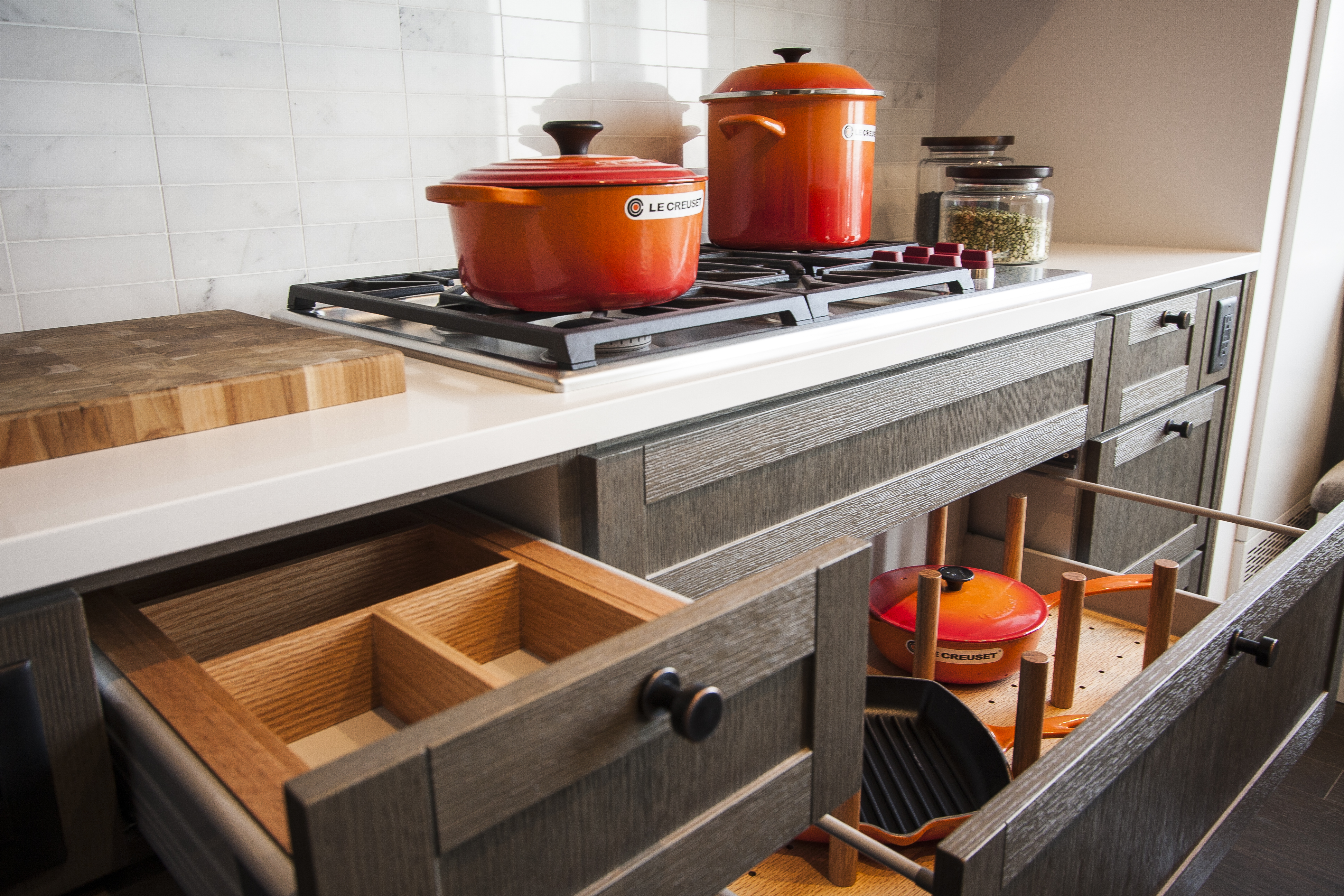 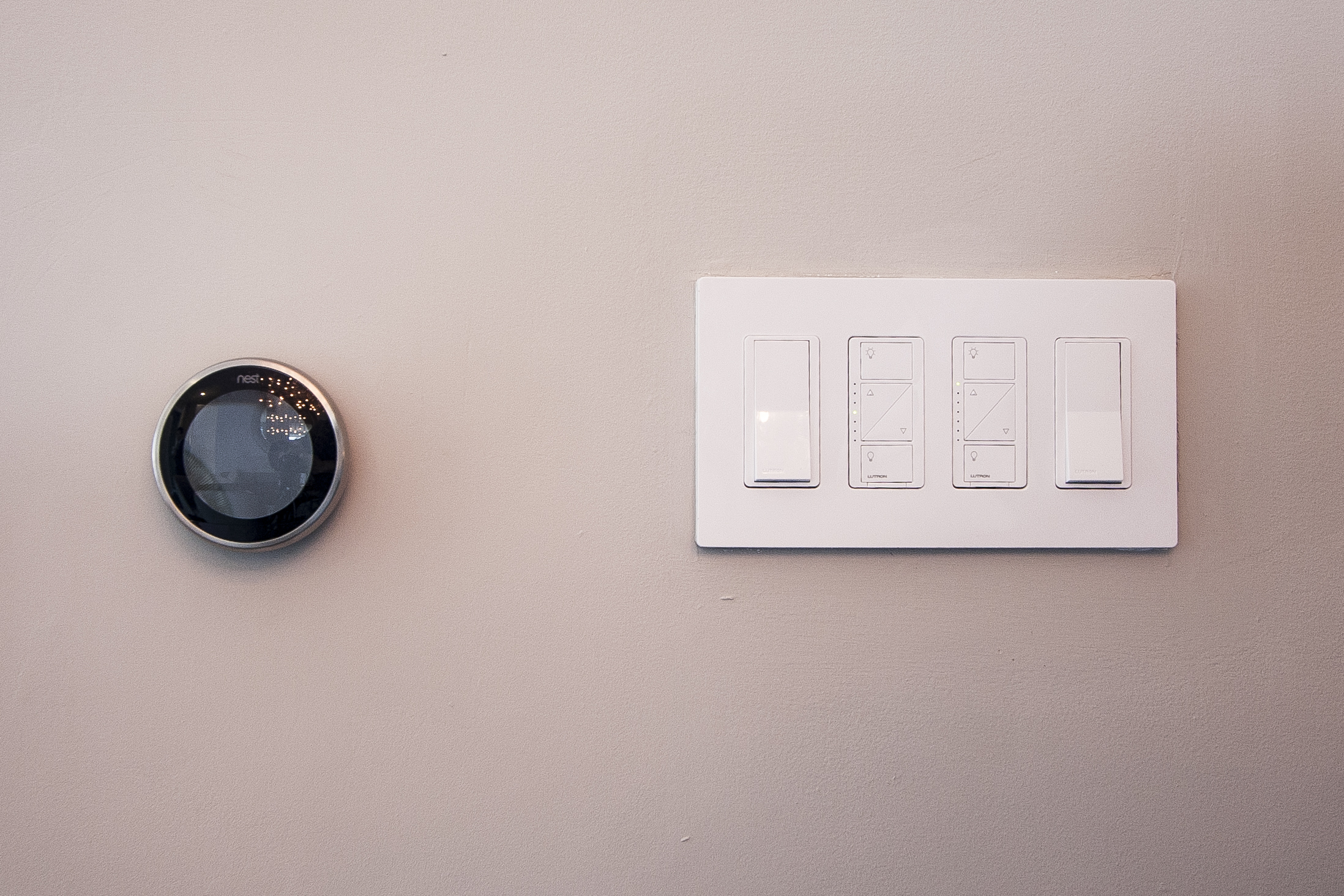 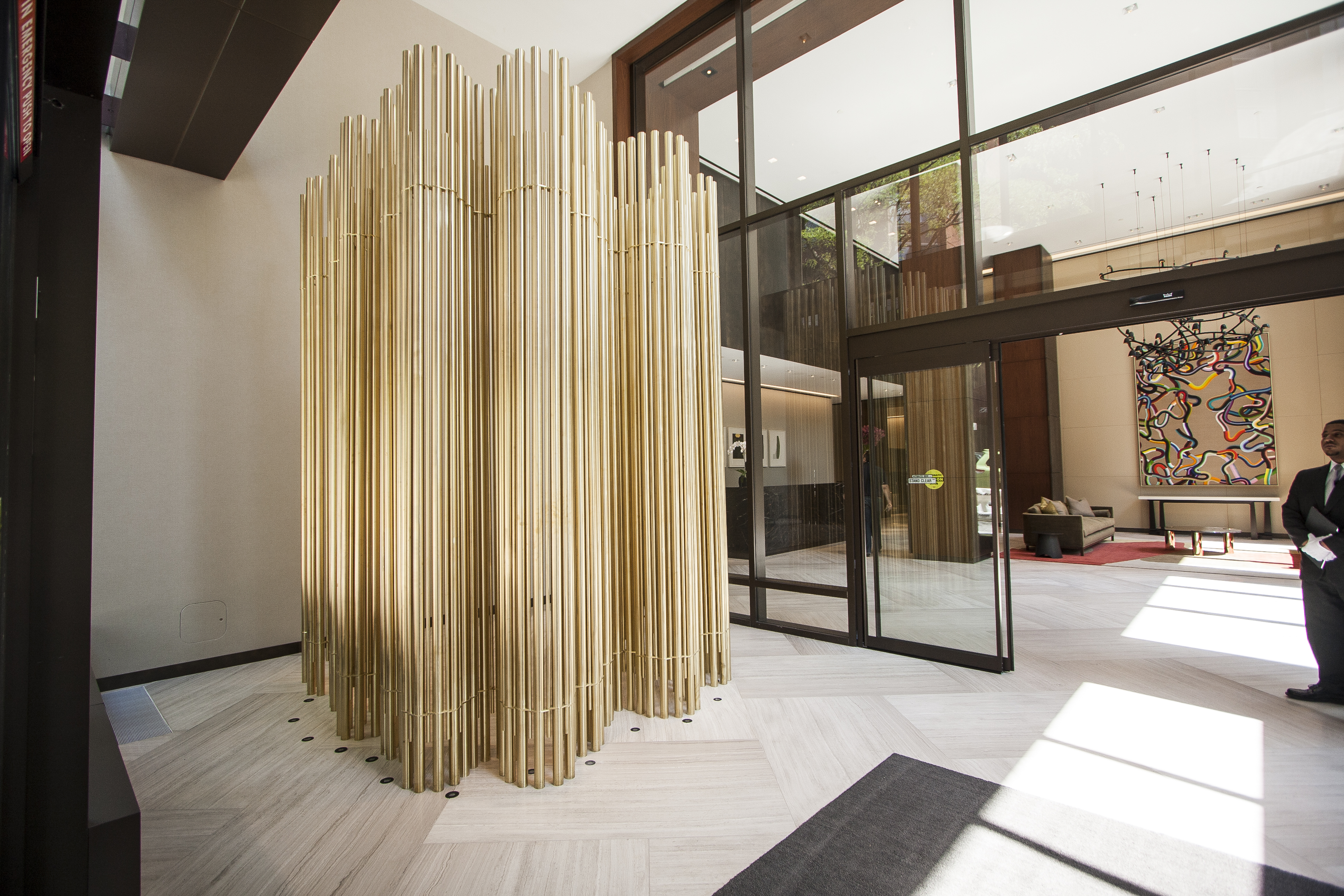 The mind-boggling amenities weren't quite ready for Curbed to tour last week, but after the two-bedroom unit on the 19th floor, Schmidt escorted the group to a four-bedroom unit on the 30th floor. One of the four-bedrooms in this unit is currently configured as a study. Some of the most striking features in this apartment include the spacious walk-in closet attached to the master bedroom, an eat-in kitchen that comes with a steam oven — an appliance gaining popularity among the newest set of luxury buildings, 10-foot tall ceilings, Walnut entry doors that can be controlled with your smartphone, along with the lighting and shades in the apartment as well. The cost of all of this? About $20,000 per month.

The building's five penthouses haven't gone on the market yet, but they're expected to do so in the coming weeks. Among the least expensive apartments at the building was a one-bedroom that was renting for just over $4,000 per month (it's no longer on the market.) Two-bedrooms start at $7,730, three-bedrooms at $11,750, and four-bedrooms at $19,995.

Construction on this Handel Architects-designed building began at the start of 2014, and replaced the old Rupper Playground at the site located at 205 East 92nd Street. Construction has moved along steadily over the last two years, and the first set of residents will move into the building starting June 15.