A Dated Queens Townhouse Is Transformed Into a Modern Family Home

Charmaine and Roman Mendoza turned an East Elmhurst townhouse into a comfortable, modern space for them and their four children

In the basement of Charmaine and Roman Mendoza's Queens townhouse, there's a large wall hanging that spells out the word "FAMILY." The piece is a decorative element, part of a capsule collection by interior designers Robert and Cortney Novogratz for CB2, but it's also indicative of the guiding principle around which the couple has created their home. For them, family comes first.

Both Charmaine and Roman grew up in Queens (she in Woodside, and he in Floral Park) and bought their first apartment, a convertible two-bedroom in Long Island City, several years ago. But as their family grew—the couple has four boys, ranging in age from 13 to 2—they realized that they needed more space.

Staying in the borough was a no-brainer, because as Charmaine notes, "all of our family is here." But finding the right neighborhood proved to be more difficult. After briefly considering moving to a larger apartment in Long Island City, they decided to start looking at houses further east in Queens. "The three-bedrooms that were available [in Long Island City] were just as big as ours or smaller, and it wouldn’t be enough," says Roman.

They first looked at homes in Sunnyside Gardens, and even put bids in on a few, but nothing panned out. The hunt continued for about a year before they stumbled on the listing for their current home, on a quiet street on the border of Jackson Heights and East Elmhurst. The home had been owned by the same family since it was built in the mid-20th-century, which was part of the appeal for Charmaine and Roman. "The house was in good condition," she says. "The [siblings who sold the house] grew up here, and we liked that there was only one owner." 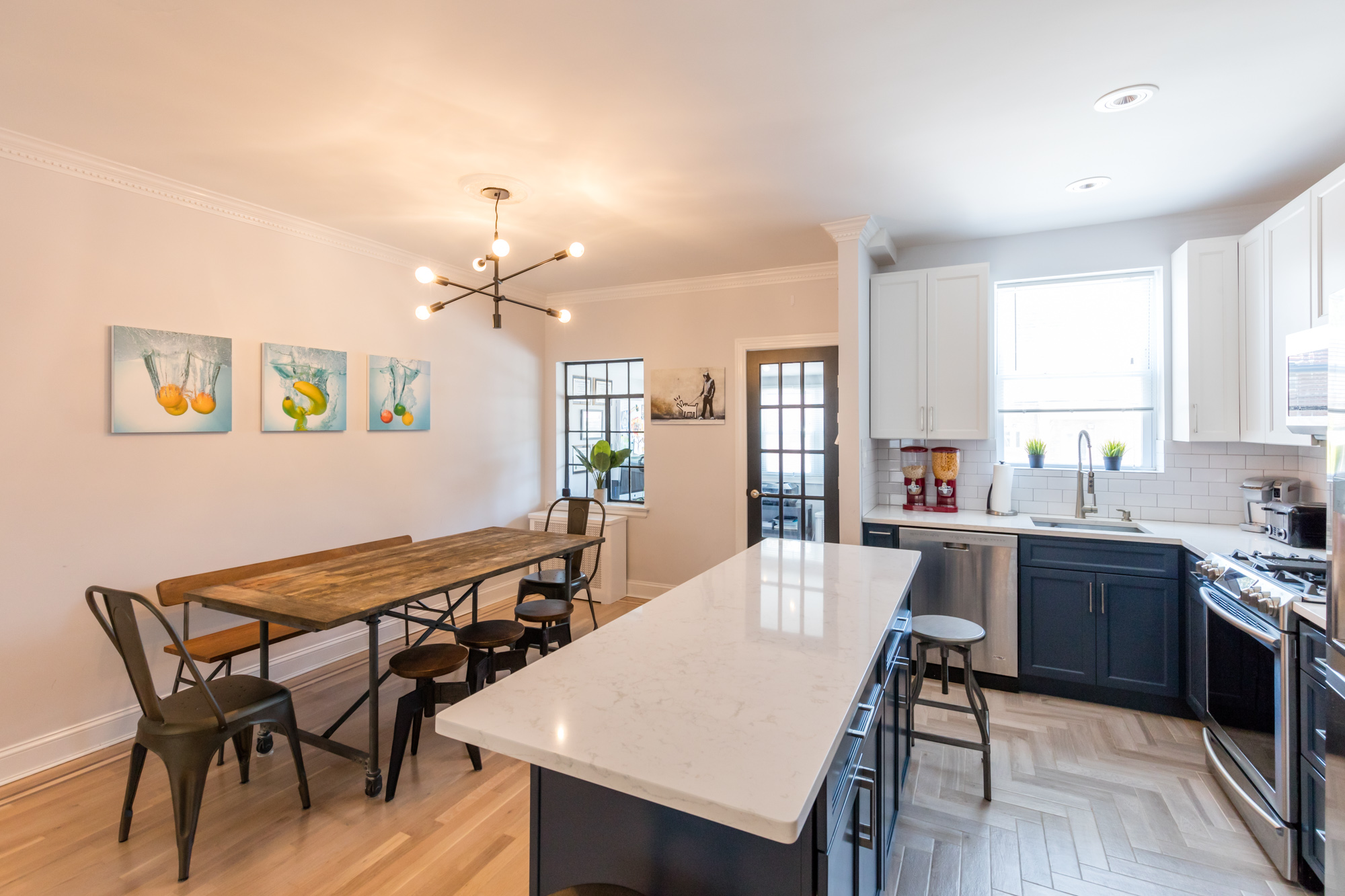 Even still, the house some needed work to bring it into the 21st century. After they closed on it in March of last year, the Mendozas worked with a contractor to gut renovate the space. The first floor was originally separated into three different rooms; the couple decided to knock down the walls, creating an open-concept floor plan where the living room and kitchen flowed into one another. They also completely revamped the basement, creating a comfortable family room, as well as the bedrooms and bathroom on the top floor. All told, the renovation took about four and a half months.

But not everything was redone. "We thought that it would be cool to keep the original details and add a modern touch to it," Roman explains. "We wanted to keep the original character as much as we could." The floors on the first floor, for example, are the same ones that came with the house; the Mendozas simply refinished them, adding a pale wash to give the space an airier feel. Similarly, they kept the staircase connecting the first and second floors because they loved the spindles, but painted it black and white to match the palette in the rest of the apartment. 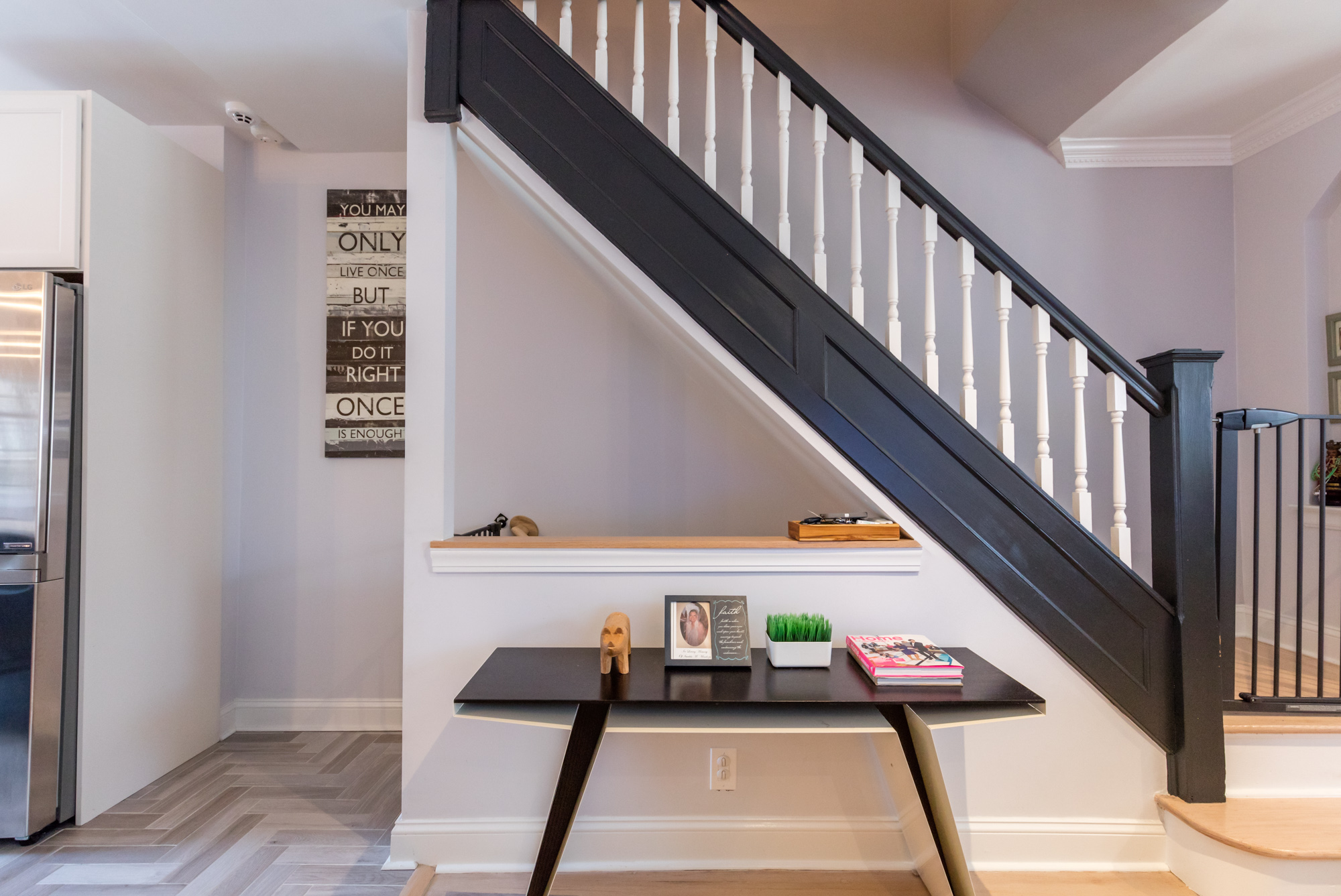 There were also practical considerations; namely, the fact that the couple has four young boys growing up in the house. The basement was turned into a family room that could accommodate the rambunctious quartet, with plenty of toys (and the storage space to fit it all), a TV, and lots of Ikea furniture. (Chosen, the couple admits, because it's both durable and cost effective—a must when you're raising young kids.) The walls are lined with family photos from various vacations, as well as handprints from each boy.

It all goes back to the idea of family, and how it's informed what Charmaine and Roman did with the home—every room was designed with an eye toward how they and their kids would use the space. Even the print of Filipino boxer Manny Pacquiao is, in its own way, part of that; Charmaine jokes that he's as much a part of the family as anyone else, thanks to Roman's obsession with him. ("I was like, really? does he have to be next to our family photo?" Charmaine says with a laugh.) 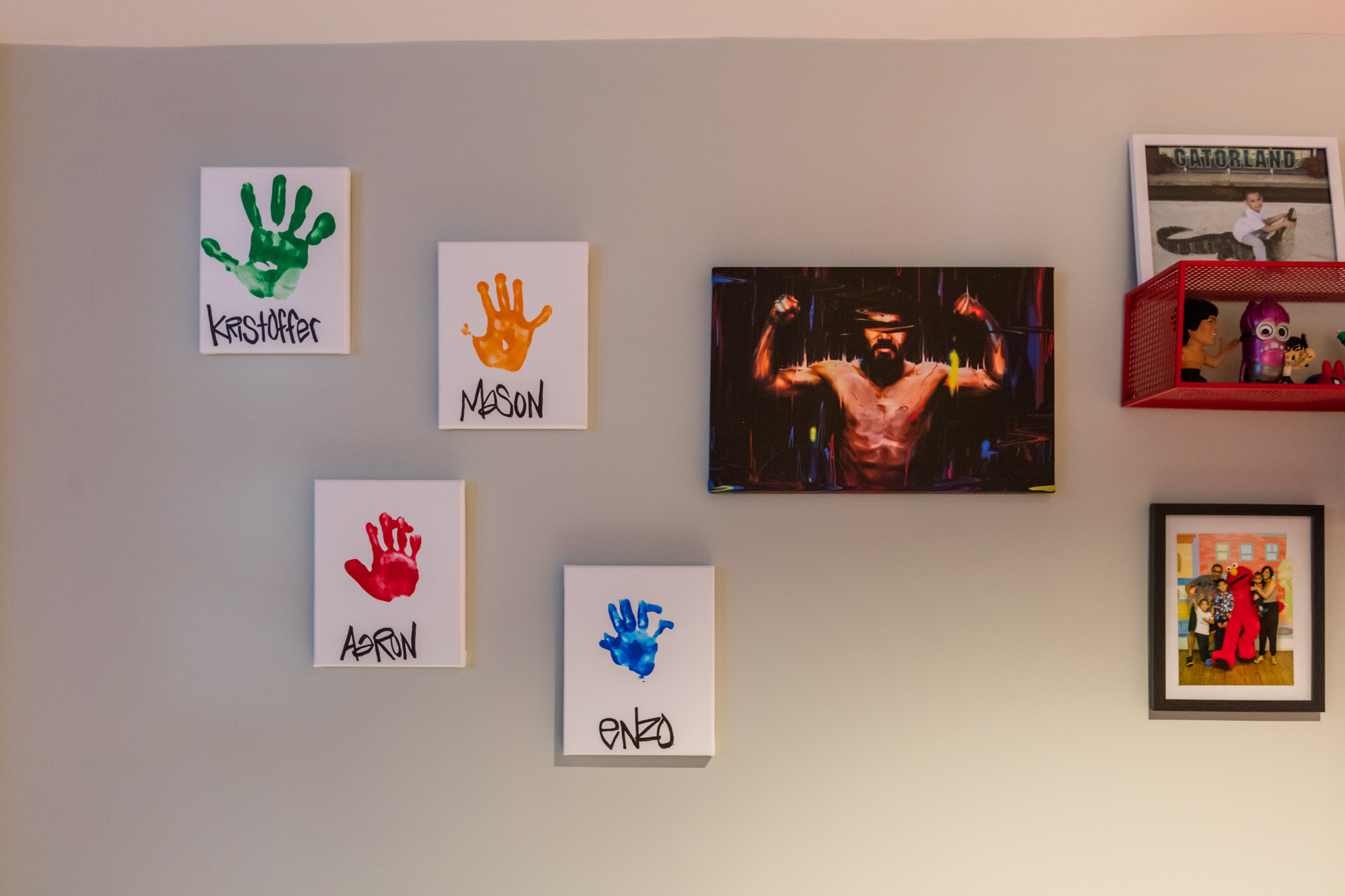 Now that the renovation is complete, the whole family is happy with how it turned out—especially the kids, who love running up and down the stairs, and playing in the fenced-in backyard. For Roman and Charmaine, the main floor is the best part. "We can be eating while the kids are playing, so we get to make sure that they’re not doing anything they’re not supposed to," Roman jokes.

And even though getting here wasn't the easiest process—the year-long hunt, the back-and-forth with their contractor, and so on—it was worth it for the results. "The whole point of moving here was to really settle down and be here forever," Roman explains, and the happy couple notes that they're staying put for "as long as we can." 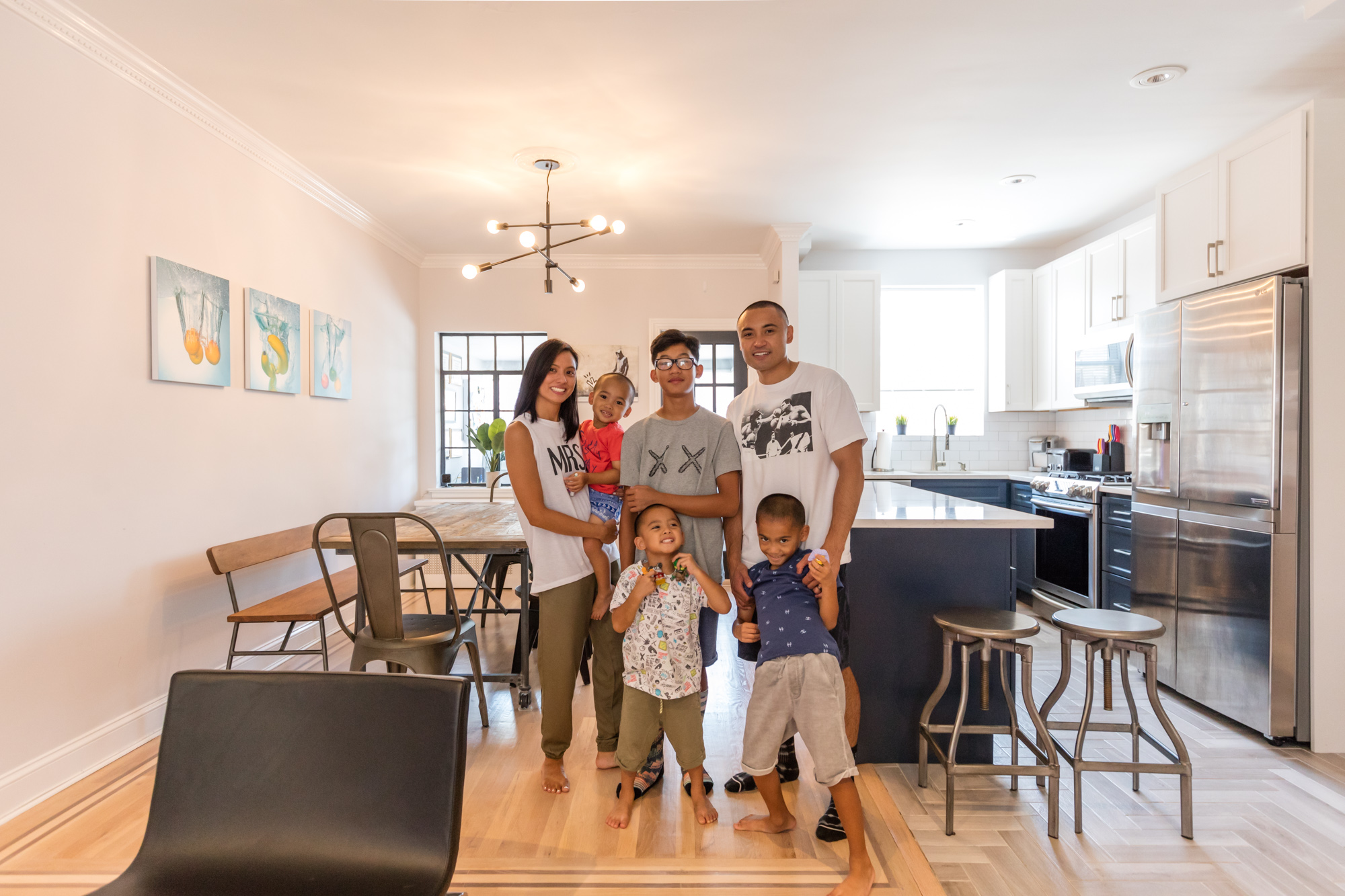