Compared with New York’s City’s more connected boroughs, Staten Island seems like an unlikely candidate for an Instagrammable rental building home to over-the-top amenities like an urban farm and apiary. But that’s just what Urby is bringing to a waterfront stretch of Stapleton. The neighborhood, located between the Staten Island Ferry Terminal and Verrazano Narrows Bridge, is probably not on the radar of the kale-munching, espresso-sipping crowd the rentals cater to. But given Ironstate Development’s bloodhound-like aptitude for sniffing out areas ripe for revitalization—ahem, Hoboken—it might not be too long before Stapleton is as familiar as Bushwick.

Urby Staten Island extends the development company’s particular brand of urban community-building to New York City. Formerly known as Urban Ready Life (URL), the model for living is, as its website says, an "experience that goes beyond four walls" and includes design and amenities that encourage tenant-to-tenant interaction, and interaction between tenants and building management.

On the Upper East Side that would mean hobnobbing with a super or maybe a doorman, but at Urby Staten Island that means connecting with farmer-in-residence Zaro Bates, who started off at Brooklyn Grange and moved over with her partner Asher to grow and peddle the farm’s goods at Urby’s "bodega," or taking a free cooking class with chef-in-residence Brendan Costello, who whips up banana bread and homemade buttermilk for press junkets just because. Here, the 450-apartment development’s lobby doubles as a coffee shop, because Ironstate president Dave Barry says it not only connects tenants to each other but the community to the development. 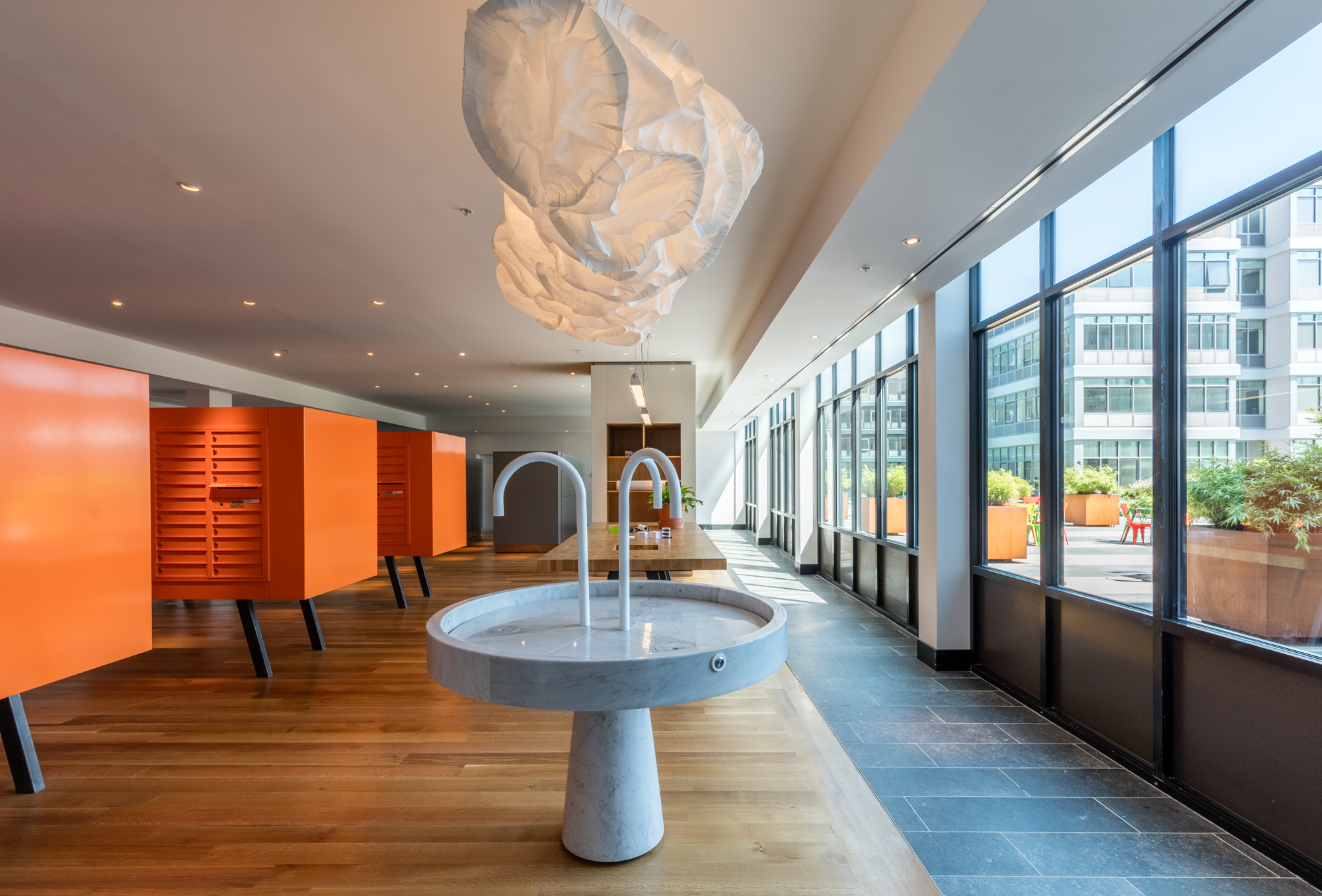 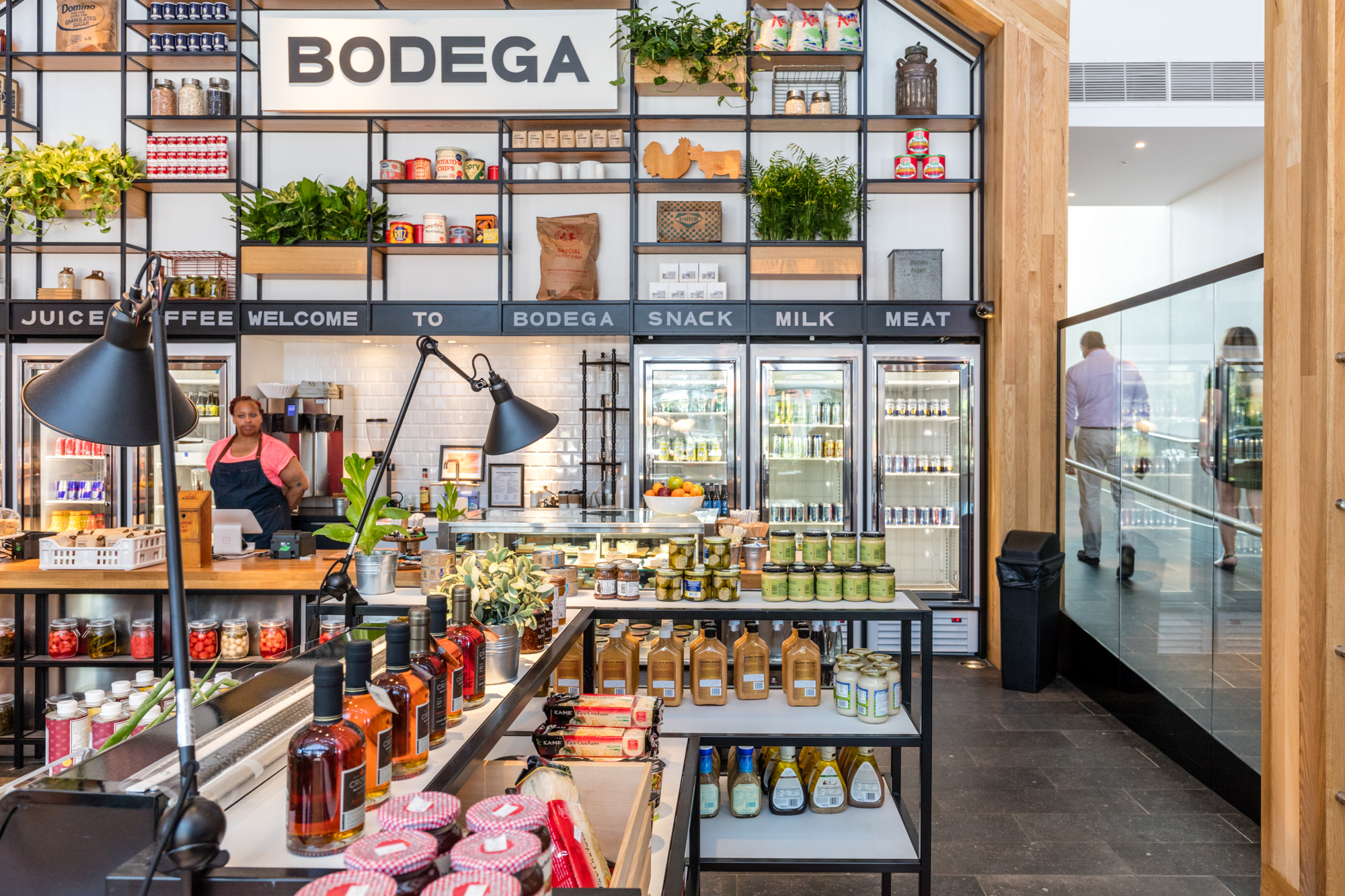 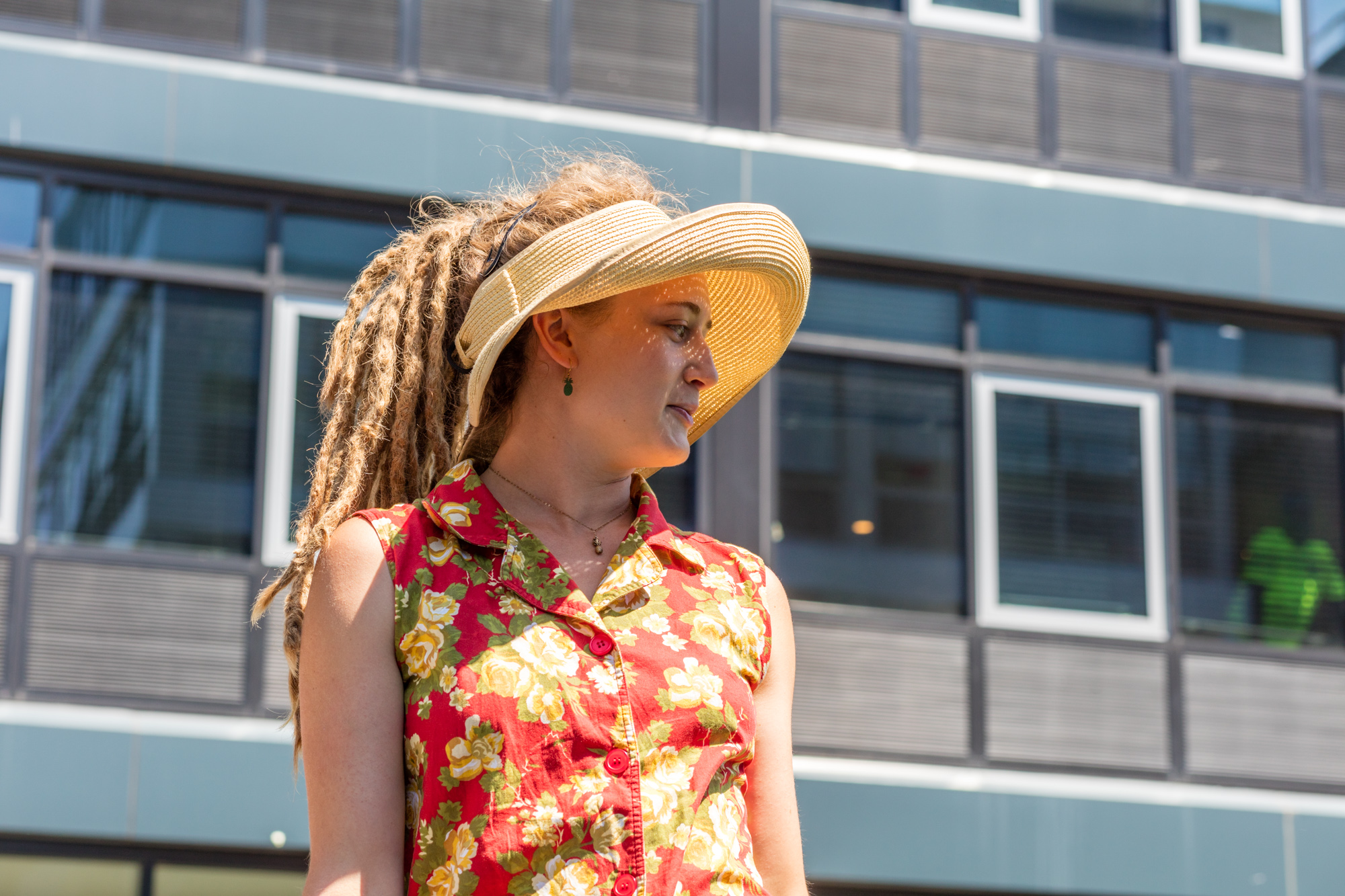 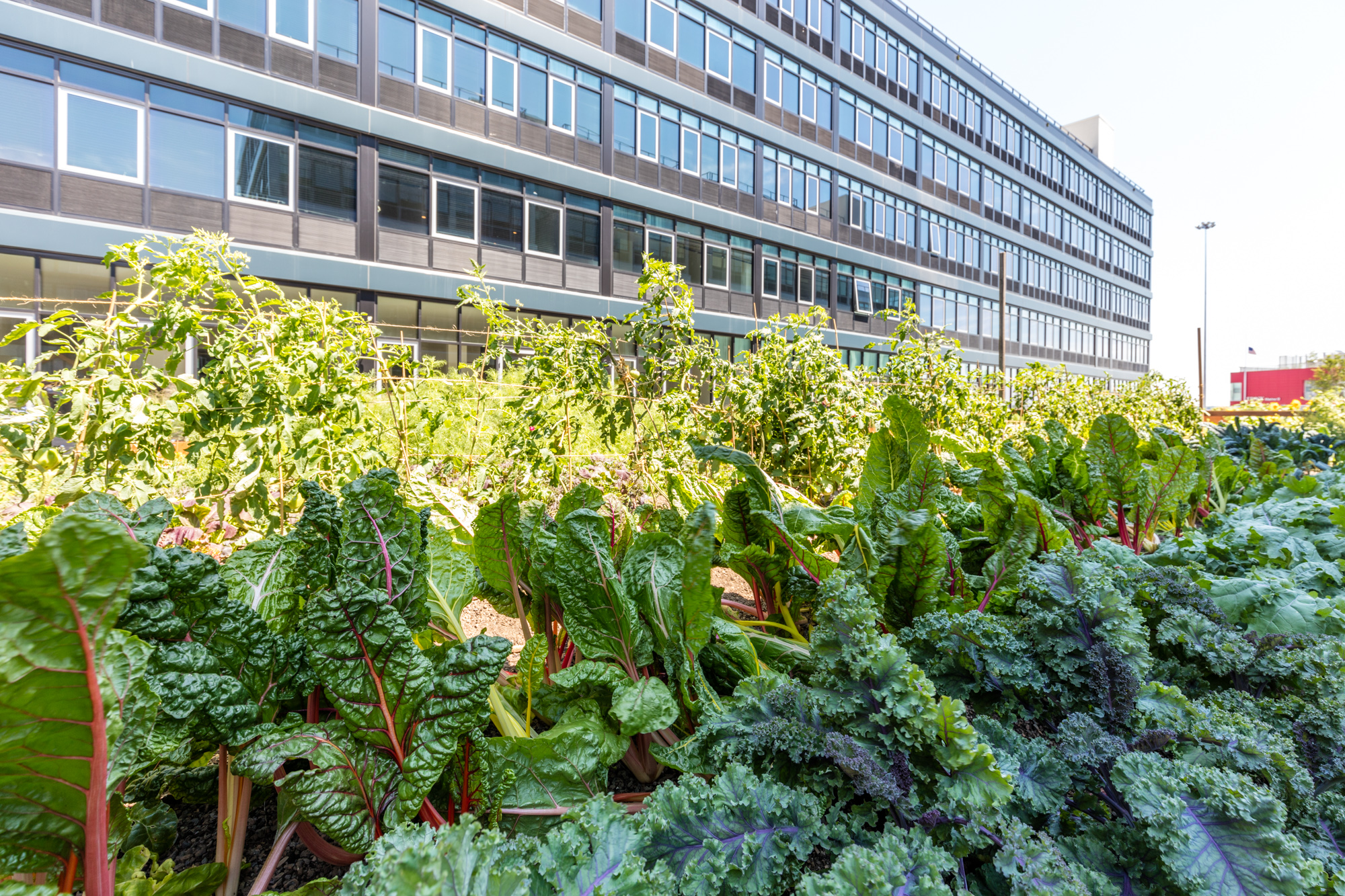 Clockwise from top left: Water jug refilling stations in the mail room, Bodega, a selection of greens on the 5,000 square foot farm, Bates overlooking her work.

Connection is huge at Urby, so much so that while touring the development it’s hard not to get clammy just thinking of all the moments that would necessitate small talk. All amenities—from the pool deck down to the water jug refiling station—are laid out to elicit conversation. The development also serves as the connecting gateway for the Stapleton community to the waterfront. At the moment, Urby seems a little out of sorts and disconnected from the neighborhood, but Barry insists that Ironstate will continue to integrate the existing community with the development.

At that, Urby’s base will be lined with restaurants for tenants and Staten Island residents alike—Red Hook’s Hometown Bar-B-Que will open a grill offshoot, and Queens purveyor Coffeed will operate the lobby shop. The development is also along the route of an esplanade that may be built with Hurricane Sandy resiliency money to connect several North Shore communities with the ferry terminal.

Yup, Urby Staten Island is as over-the-top as it sounds. And for all that it delivers in amenities it meets with its rentals. To date, the project’s first phase has been completed bringing 571 rentals to 7 and 8 Navy Pier Court. Another 330 units will follow in the project’s second phase. Rents in the building, currently offering two months free on 14-month leases, start at $1,508 for studios, $1,933 for one-bedrooms, and $2,507 for two-bedrooms. It’s not quite Brooklyn pricing, but it’s close.

All apartments in the complex, designed inside and out by Dutch firm Concrete, include built-in storage, dishwashers, and GE washers and dryers. Only a few apartments in the building have private outdoor spaces—the ground-floor apartments that line the interior of the W-shaped building, and a handful of apartments on the building’s west-facing facade have terraces due to a zoning mandate. (Concrete partner Erikjan Vermeulen says he’s not a big fan of the terraces, perhaps because they don’t promote the whole community aspect Urby is going for.)

Urby joins a group of other development’s on Staten Island’s North Shore that seek to re-enliven the area. The New York Wheel, Empire Outlets, and Lighthouse Point are all in development nearby, but Urby has, for better or worse, beat them to the chase.

We Unearthed the 68 Best Rent Deals in NYC Right Now