The kosher food company Streit's recently celebrated its 100th anniversary, and on the Lower East Side, the company is perhaps best known and remembered for its matzo factory at 150 Rivington Street. But the last vestige of Streit's will soon disappear from the neighborhood: The 90-year-old building will soon be torn down and transformed into a glassy luxury condominium.

Even though the demolition process is still in the works, developers Cogswell Lee Development and Gluck+ launched sales on the residential building's 45 apartments a little over a month ago. Condos range in price from about $1 million for a one-bedroom and go up to just under $4 million for one of the three-bedroom penthouses atop the building. And according to one of the brokers from Stribling Marketing Associates, the response has been "fantastic."

Sales are likely spurred by the fact this project is located on a prominent corner of the Lower East Side, but there's no denying the indelible mark that the building it's replacing has left on the neighborhood. Streit's opened its matzo factory at this location in 1925, when the Lower East Side was one of the city's centers of Jewish American culture. The factory thrived for decades at the location, but by the early 2000s it became clear that the owners of the establishment wanted to sell; the forces of gentrification made it difficult to continue operating in what had become a pricey locale. The factory and its history are the subject of a 2015 documentary titled Streit's Matzo and the American Dream. 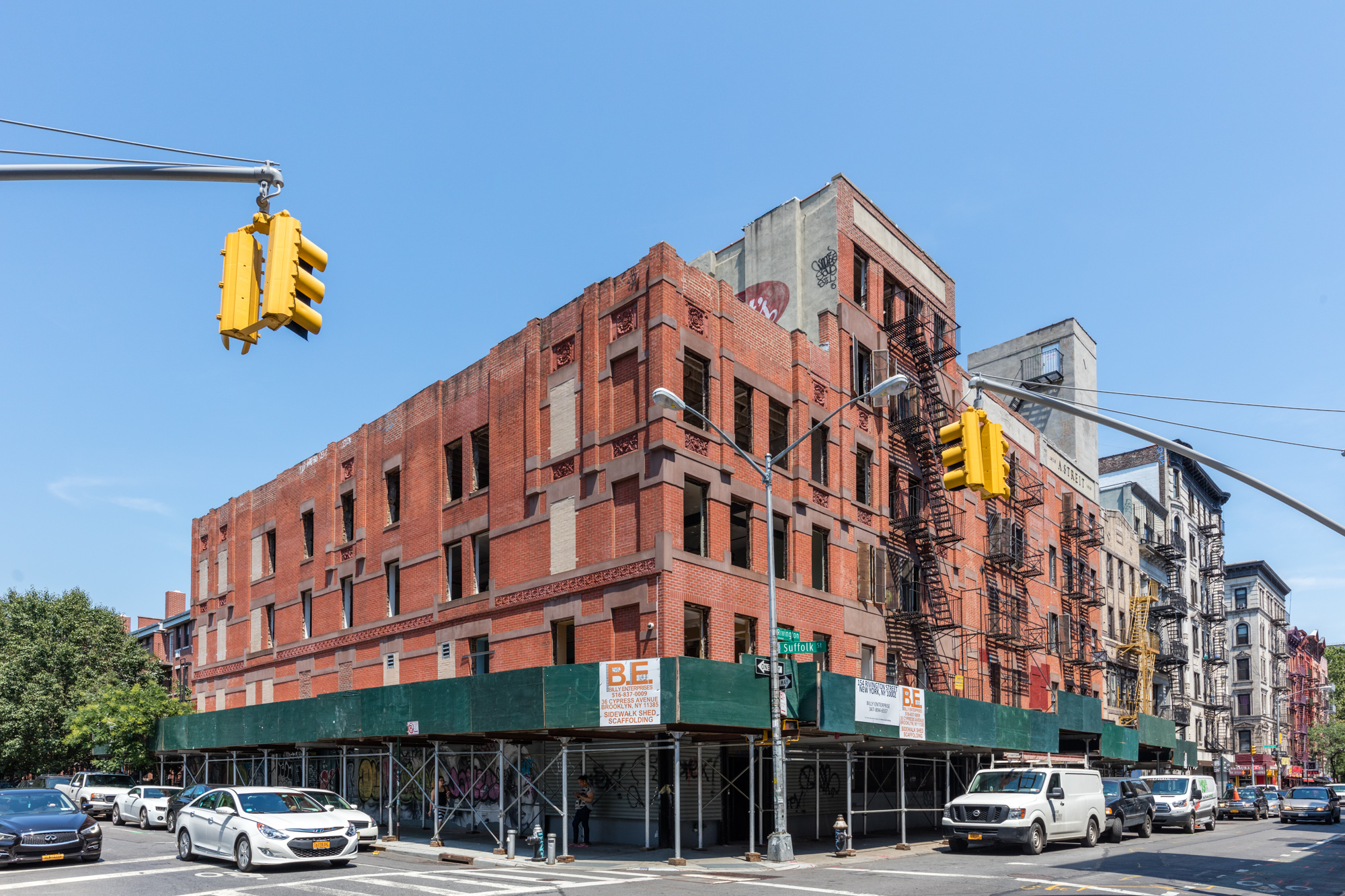 Streit's owners came close to selling the building for $25 million in 2008, but that deal fell through. That wasn't the case in 2015, when Cogswell Lee successfully acquired the property for $31 million, and announced plans to convert it into a condo building. But even though the old structure will be torn down, its history will survive in one form—sort of, and mostly for those who can afford to buy in the new condo. The lobby will be adorned with photographs that will take you through a timeline of the factory's history, Charlie Kaplan, a principal at Gluck+, told Curbed.

That might not be the most satisfactory response for locals, who may have preferred some kind of adaptive reuse (or, perhaps, to not have a condo rise at all), but Kaplan believes that the charm of the building lay not in the structure itself, but in the goings on inside, and the mechanics of it all. "We are very much modern architects and we don't believe in imitating," Kaplan said. "To imitate that building doesn't make sense to us because people clearly understand that's not the real thing."

Kaplan admired the building itself but felt that it had been stripped of much of its architectural detail in the past decades. "As architects we realize that the life inside of the building has to do partly with what it looks like and partly has to do with how it is used," Kaplan said. "We are trying to create a new building that is current, modern, and responds to the things we think about now and that excite us now. Hopefully it will have that same excitement that the old building had to its user." 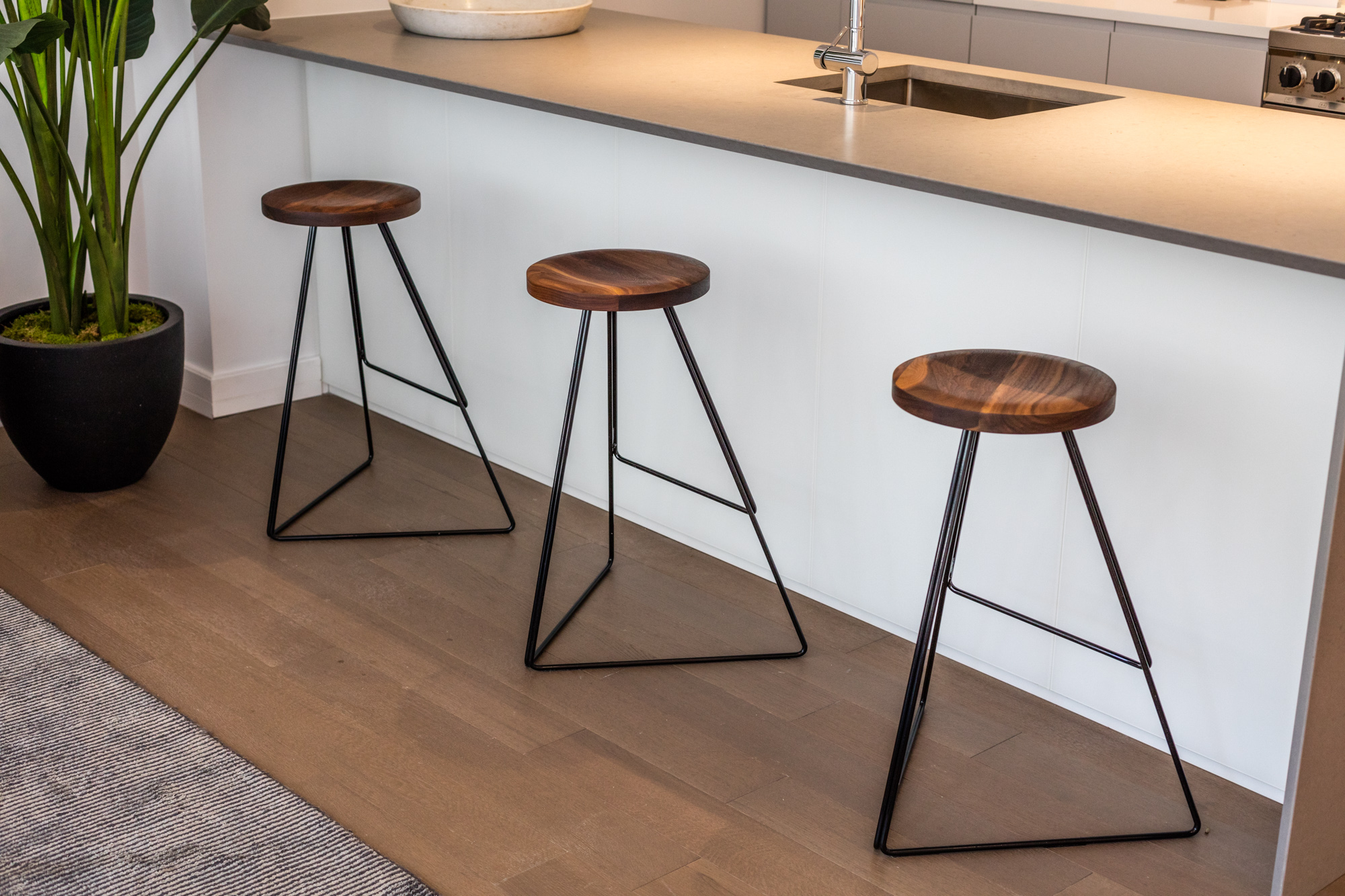 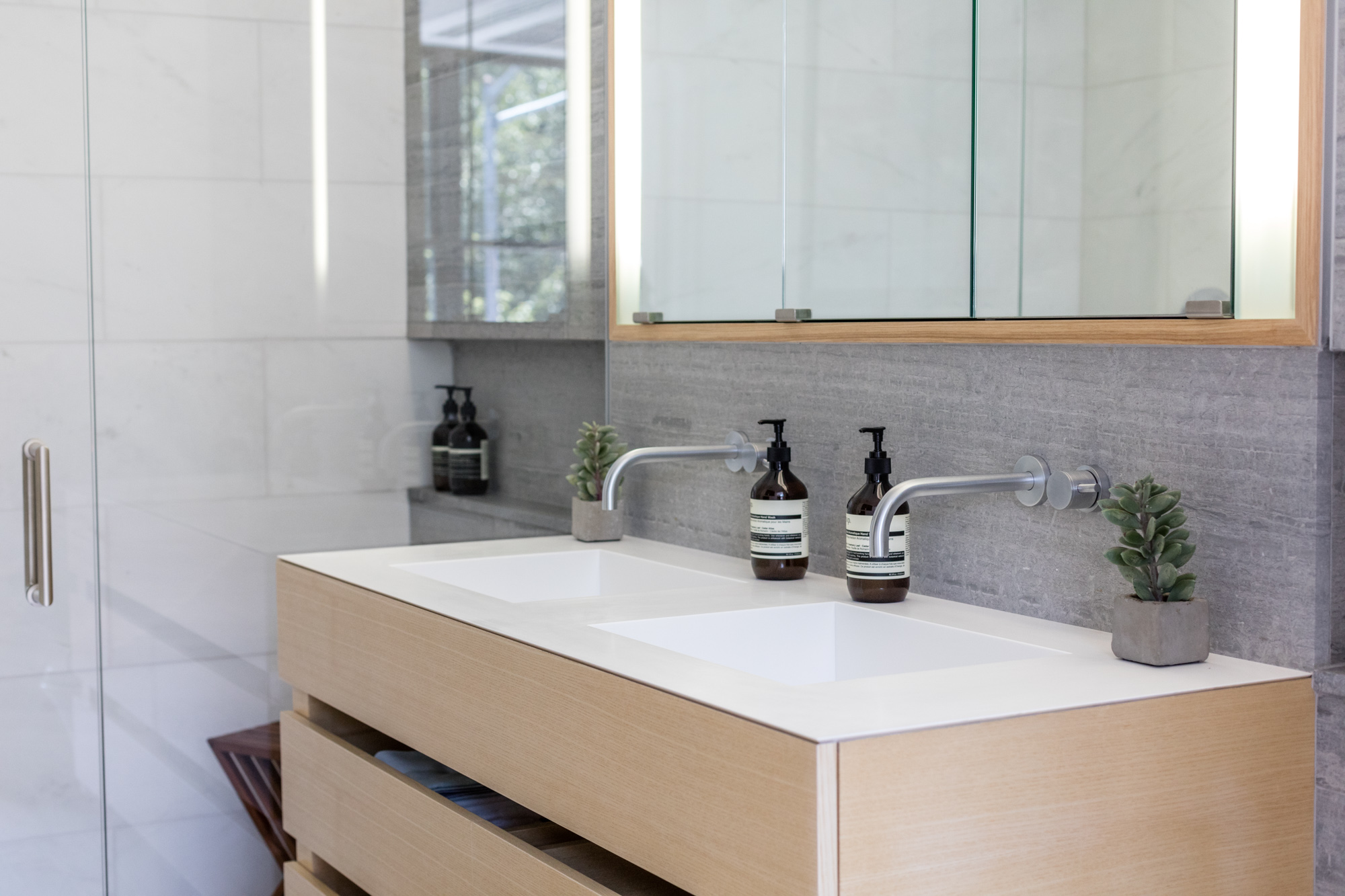 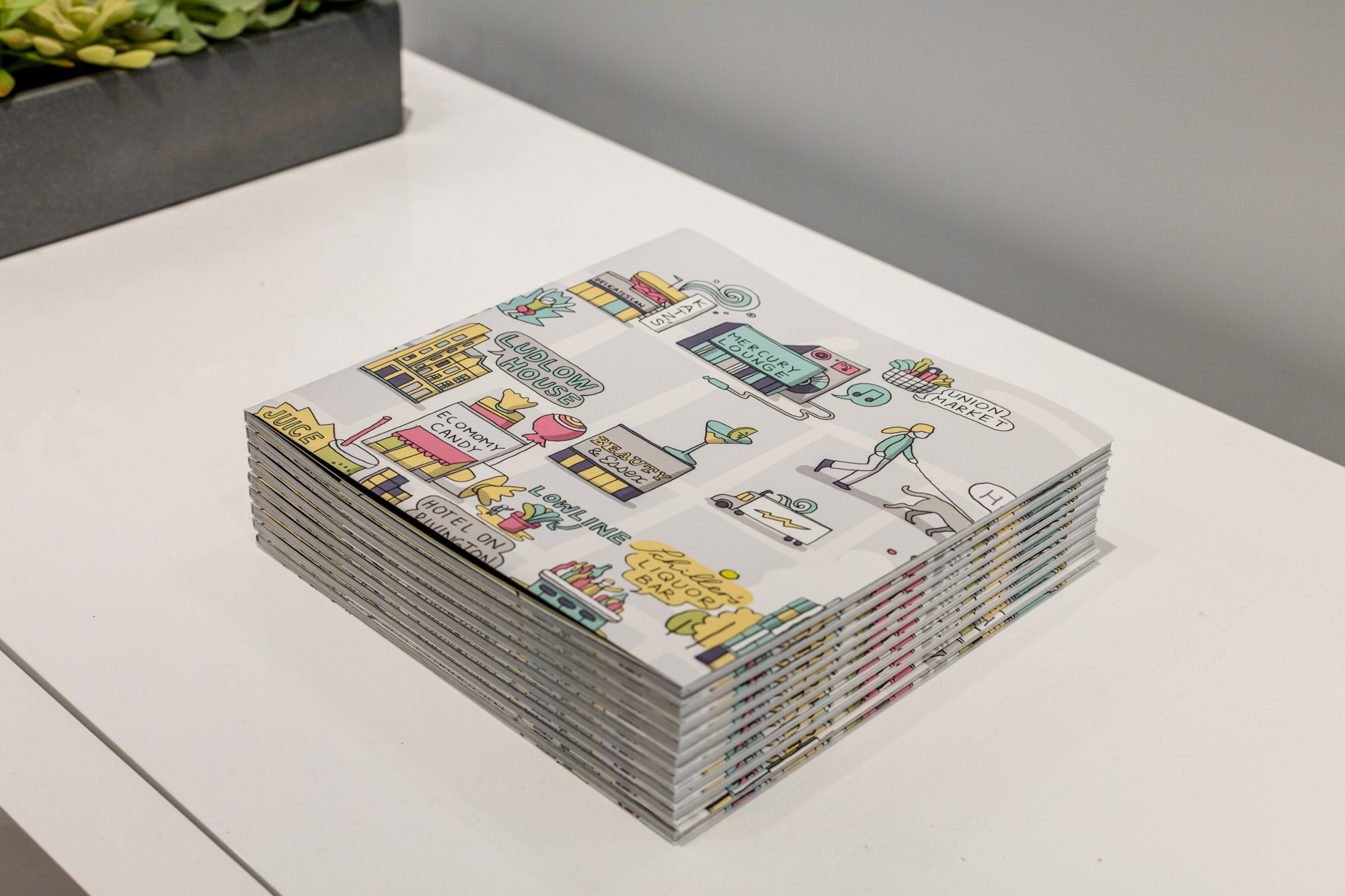 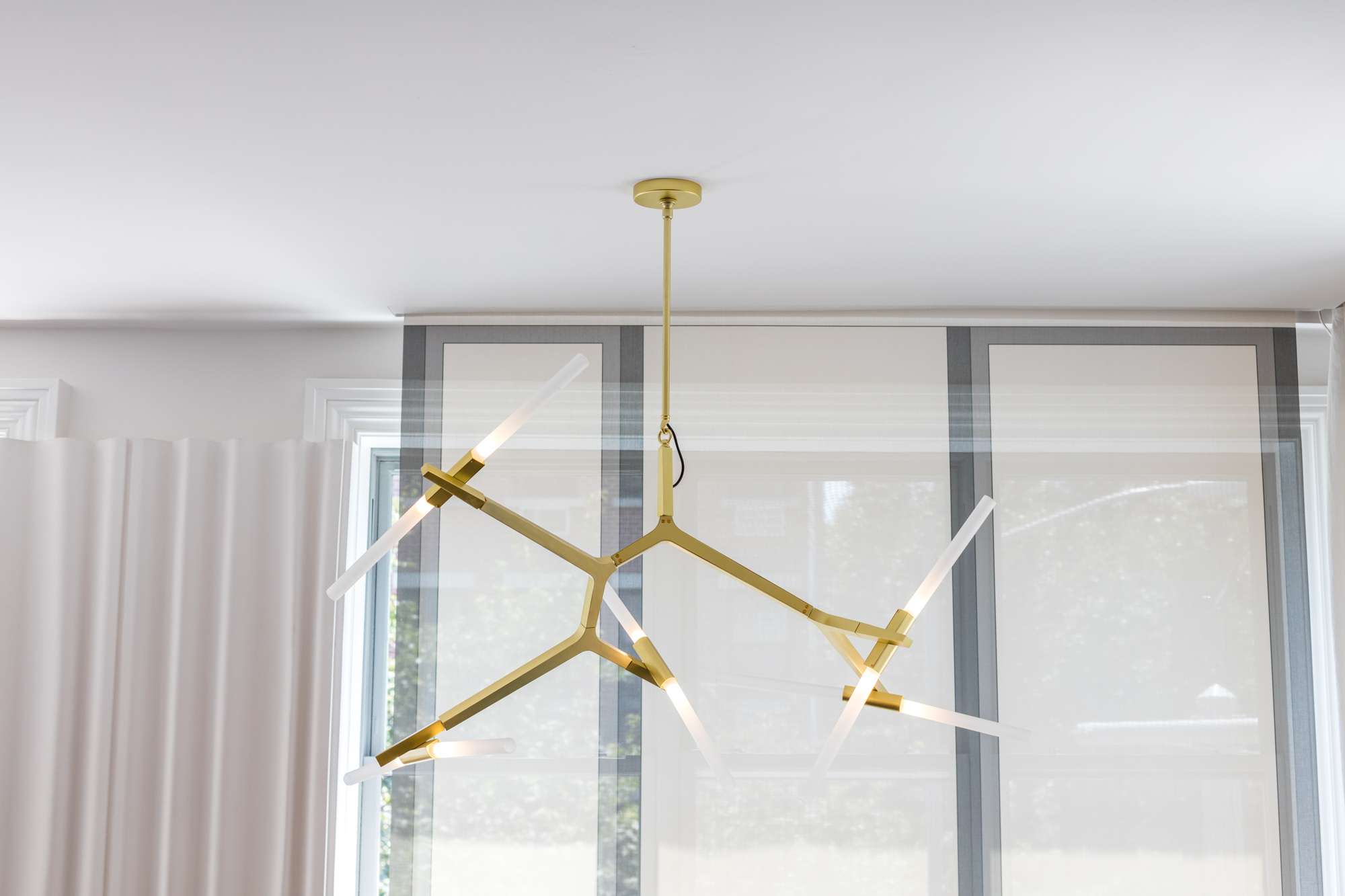 The exterior is interspersed with 265 custom cast panels that are essentially shaped like curtains, providing a sense of privacy and breaking up the sense of monotony that a fully glass building might evoke. A model of that panel was present at the sales office, which has been set up to resemble a one-bedroom apartment in the finished building.

It's not a full apartment — just the living and dining rooms, a bathroom, and what could be used as a multipurpose room, but the space reflects some of the features that will be available in the finished product. One, for instance, is an Italian custom-made translucent sliding door which can either give the sense of a larger living space or be closed to create a study or a smaller bedroom. Other highlights include floor to ceiling windows, over nine-foot tall ceilings, floor to ceiling marble in the master bathroom, and a wine refrigerator and a Smeg speed oven in the kitchen, the latter of which is becoming increasingly popular among new luxury developments.

Amenities will include a fitness center, bicycle storage, and a landscaped rooftop terrace with an outdoor kitchen, separate decks for yoga, and a fireplace. Some of the apartments on the lower levels, along with the building's four penthouses, come with private outdoor spaces as well — this becomes particularly evident in a futuristic model that developers have installed at the sales office. Different parts of the structure can be lit up to highlight specific features of each floor and apartment in the building. The sales office also plays up the building's location with a wall-mounted, illustrated map of the Lower East Side that highlights nearby cultural destinations.

Last month, demolition got underway at the factory on Rivington Street, with the brick building coming down piece by piece. In the next couple of years, the building will be entirely replaced by the glass condo, and its presence on the Lower East Side will just be a memory. But Streit's is still going strong: Last fall, the company purchased a 100,000 square foot space in Orangeburg, New York. That facility will be ready to use sometime next year, at which point Streit's will shutter its business in New Jersey and consolidate all of its work in Rockland County.