With the help of the internet, an art teacher tries her hand at interior design

When Barbara and Mark Levy first set eyes on the studio that would become their Upper East Side pied-à-terre, they knew it was perfect. But what they didn’t know a few minutes before stepping foot into the apartment was that they were even in the market. The Levys planned on scoping out the East 75th Street abode as an apartment for their daughter, but the ground-floor studio’s generous outdoor space and renovation potential helped push the Levys to actualize their dream of having a home base in New York City once more.

Barbara and Mark Levys’ origin story is one of New York City folklore. The two met in the elevator of the Kips Bay building they shared in their post-college years. Their doorman orchestrated a meeting, and the rest would become their history. The couple moved out of the city to West Orange, New Jersey when their first child was two months old. "I had pangs of sadness when we were leaving," she says, "We always said we’d come back when the kids are out of college."

Flash forward more than two decades and the Levys dream of returning—at least part time—has become a reality. And while it’s their second go-around living in New York City, it’s the first time either of them have taken a renovation into their own hands. The Levys wanted to recreate the feeling of the hip hotel rooms they spent weekends in when their kids were growing up. They still wanted to feel like they were on vacation when they came into the city. While the apartment on East 75th Street was in move-in ready condition, there was a lot of updating to do to get it to that point.

Barbara says that she obsessively searched websites like Houzz looking for design ideas and inspiration. She found so much that the Levys forwent hiring an interior designer and Barbara, an art teacher, played the part herself. After closing on the apartment in 2013, the Levys ripped out the co-op’s old parquet floors and replaced them with wood plank floors by Pianeta Legno that Barbara first spotted at an interiors trade show (She was fully committed to the role.) 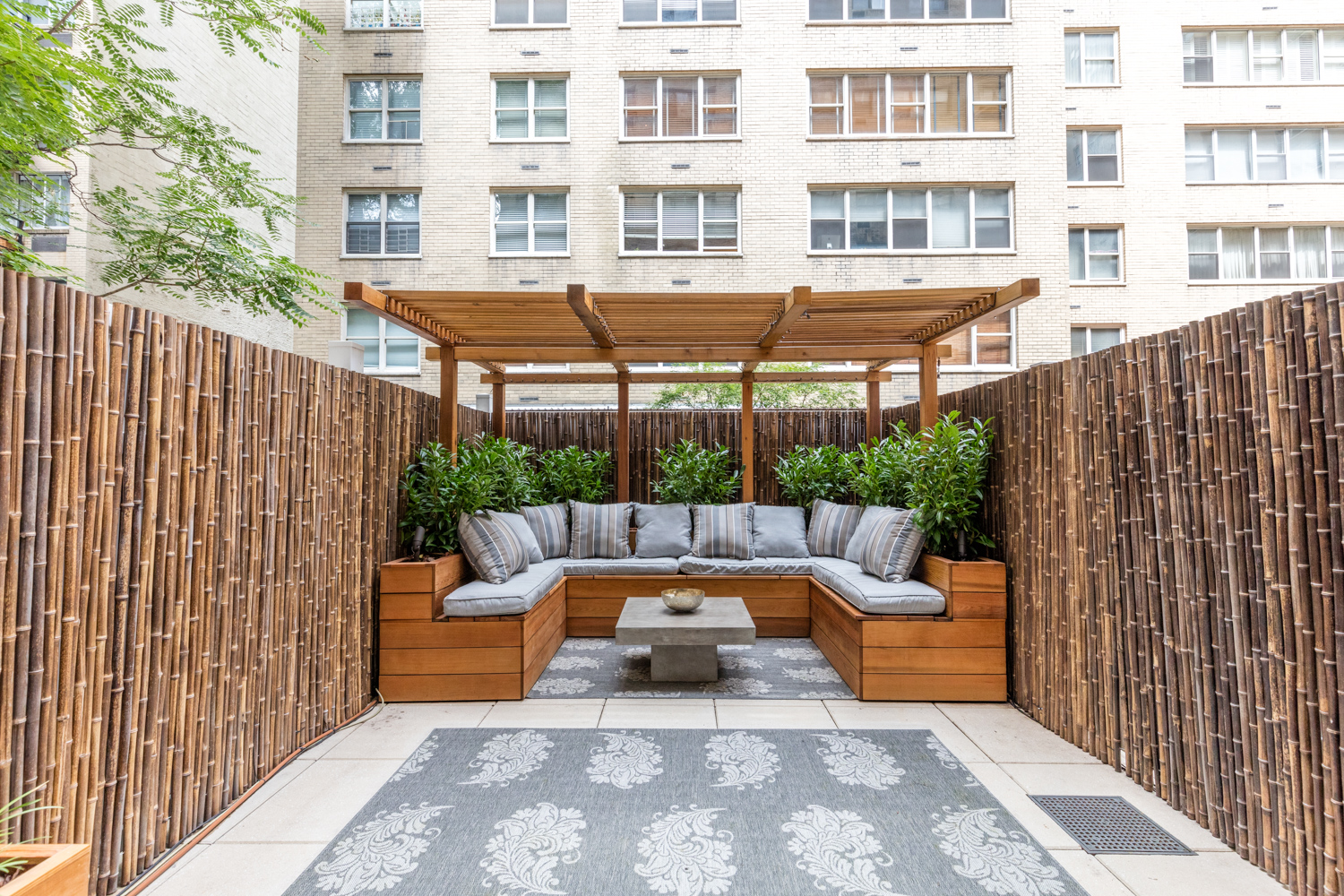 At the same show Barbara discovered HearthCabinet, a ventless fireplace system approved by the city that would allow her to bring the homey experience of sitting in front of their fireplace in West Orange to the Upper East Side apartment.

For the rest of the apartment, Barbara harnessed the power of the internet to get everything done. Through the website CustomMade, the Levys found Erick Perez Evergreen Company of Harrisville, New Hampshire, which made the couple a drop-leaf table with storage that would not only fit in their small space, but also morph to act as both a desk and dining table. Similarly, the couple tapped Techline Studio to create their custom full-sized Murphy bed and the wine bar that also doubles as a breakfast area.

Even the pieces that Barbara didn’t commission, she still bought online. The window frame mirrors were purchased off of Etsy; the stainless steel tile backsplash in the kitchen was inspired through Houzz; the fireplace surround was installed by a contractor but ordered, with Barbara’s measurements, off of FauxPanels.com. "If I had to go to all of these stores," she says motioning over the apartment’s furnishings, "I couldn’t have done it."

After a few years of renovations both inside the apartment and in their large backyard, the Levys pied-à-terre is finally the home away from home they’ve been waiting for.

Making room for dinner with friends