From bungalows to SROs, these are some of the types of tiny houses you're most likely to find in NYC

A celebration of all things small—from towns and tiny houses to micro apartments and modular furniture.

As we've seen during Micro Week, tiny homes in New York City aren't merely limited to studio apartments; they can come in all sorts of shapes, sizes, and configurations. But what are some of the more popular—or, on the other hand, lesser-known—types of small city dwellings out there? Herein, you'll find an illustrated guide to some of the more quintessentially "New York" types of tiny homes, from 18th-century carriage houses to the more modern, architecturally-approved micro apartments. 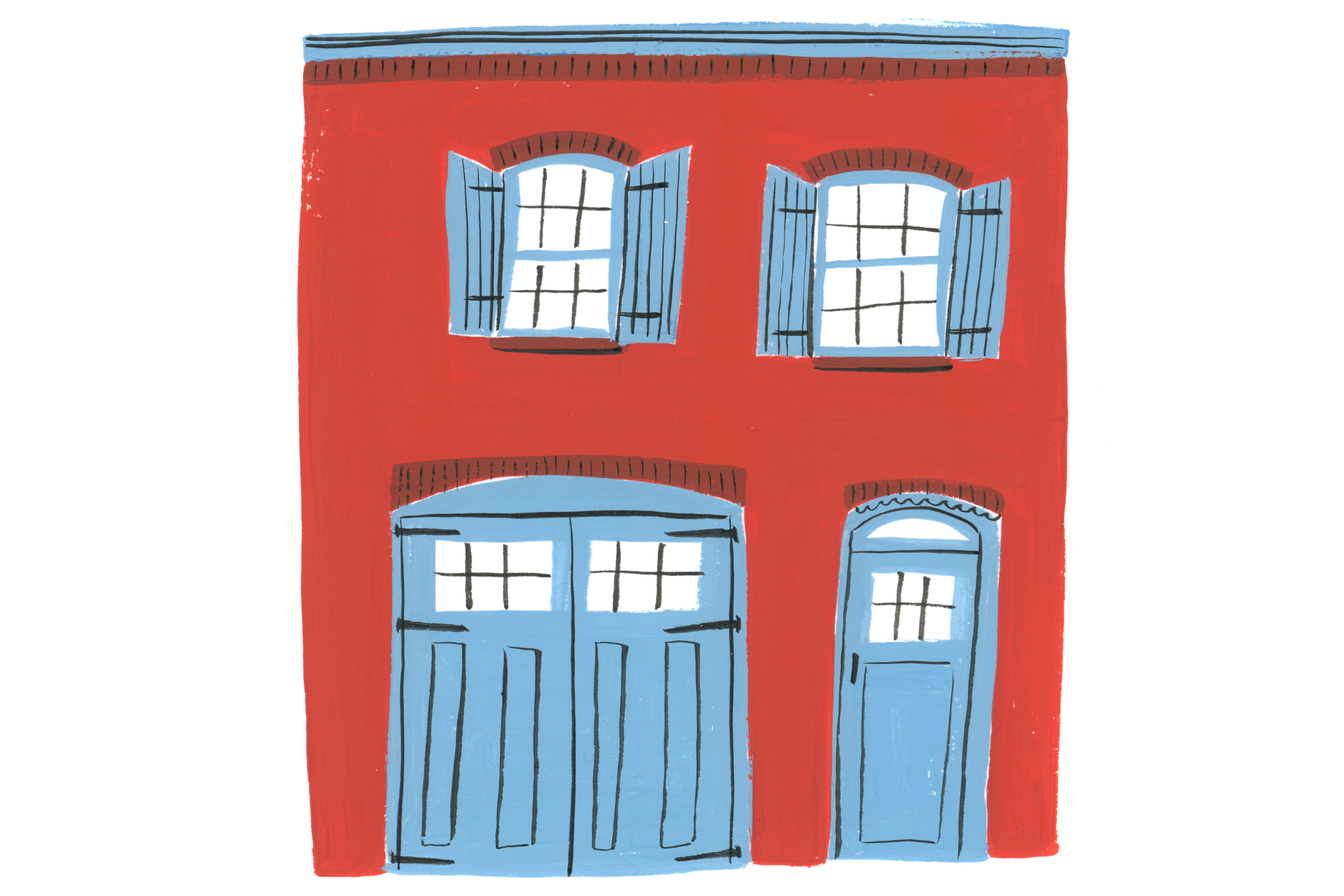 These days, a carriage house that's been converted into a residence can regularly fetch millions of dollars, but the origins of these small dwellings are slightly more humble. Most were built to house the horses—hence, carriage house—of the wealthy homeowners who lived in nearby mansions in the 18th and 19th centuries. That explains why so many can be found throughout neighborhoods like Brooklyn Heights and the West Village, both of which have always attracted the well-to-do. But they're not as prevalent as they once were, which makes them incredibly valuable real estate: for example, Norah Jones picked up a Cobble Hill carriage house for more than $6 million. And earlier this year, one on Cornelia Street listed for a whopping $49,500 per month. 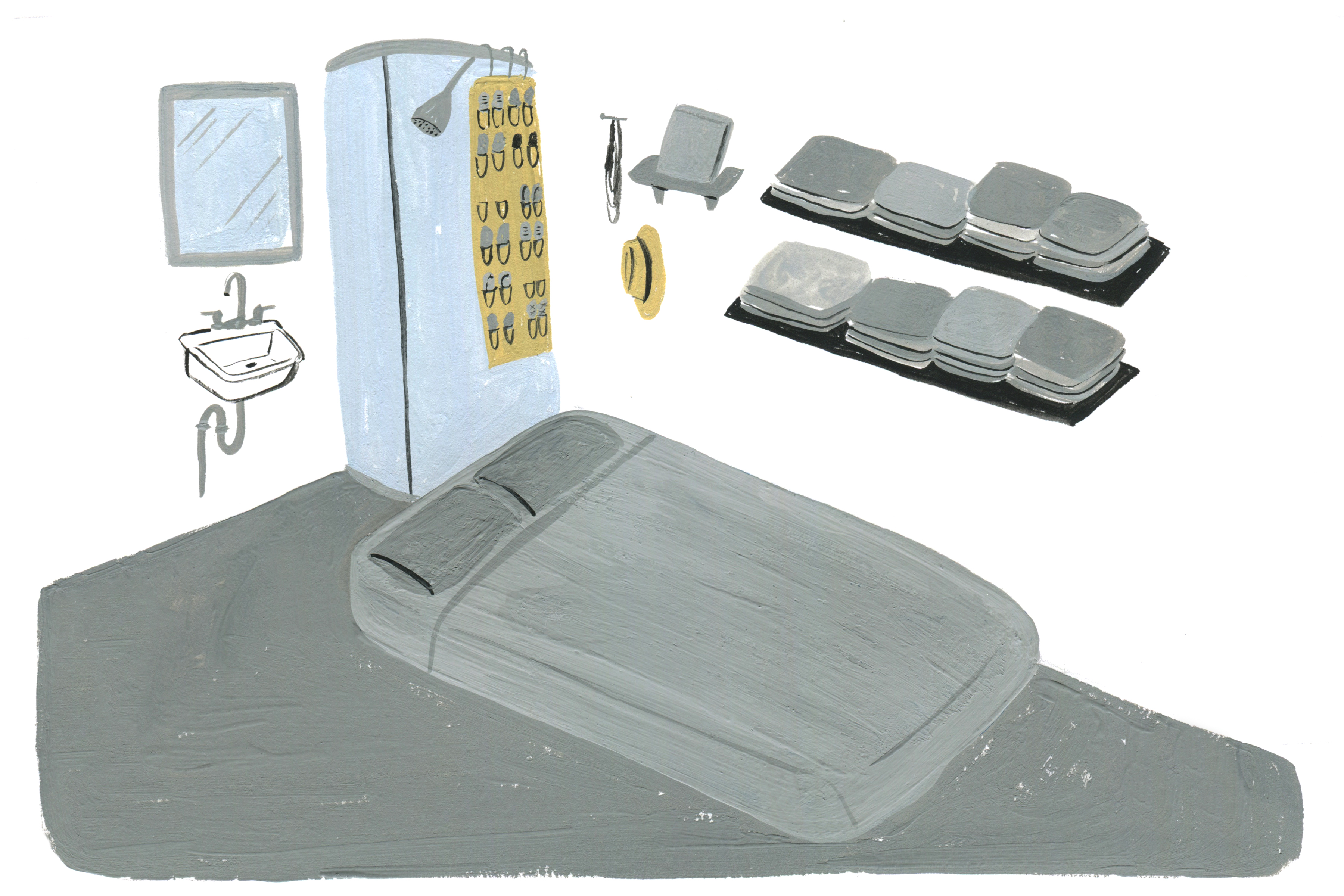 Also known as single-room occupancy apartments, these spartan dwellings—which typically have enough room for a bed, a sink, and little else—were seen as a solution to overcrowding in the early part of the 20th century. But times have changed, and so too has the thought that these are the best way to tackle New York's affordable housing crisis. (One big con: the rooms typically don't have a toilet or a kitchen.) Though SRO buildings still exist in the city, there are a number of laws governing how they can be used, and landlords are forbidden from converting single- or multi-family dwellings into new SROs. But they're not all bad: One Harlem SRO recently got a facelift, with modern appliances and space-saving furniture, and is now geared toward for people who need a good "starter apartment" (and, presumably, are still okay with sharing a bathroom). 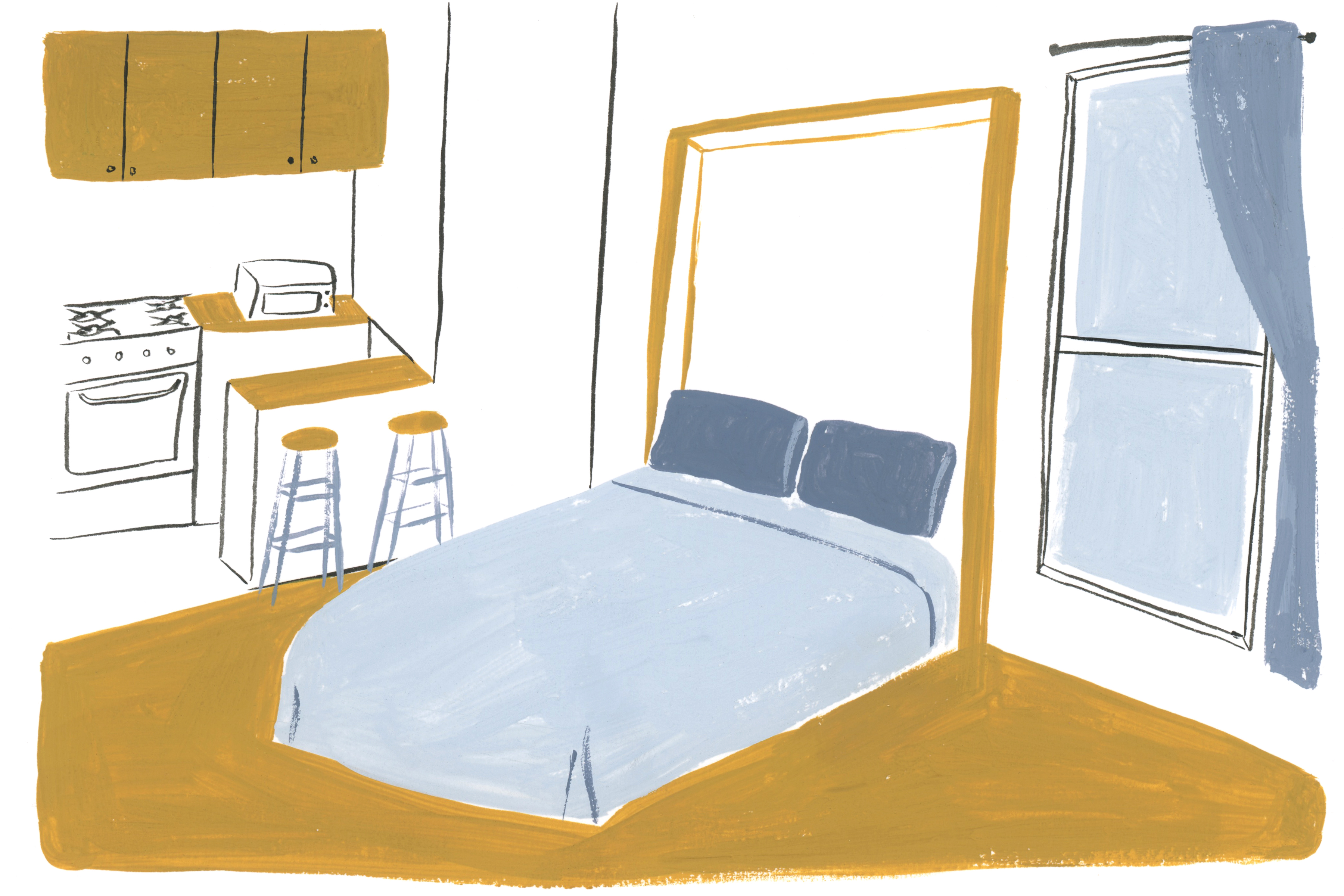 Not as tiny (or terrible) as an SRO, but not as cleverly designed as the newer micro apartments that are popping up nowadays, the majority of studio apartments in New York (yes, even those designed by starchitects) fall somewhere in between. The small, one-room dwellings are typically pretty bare-bones, measuring anywhere from 300 to 600 square feet (sometimes smaller, but rarely larger), and usually comprising little more than a kitchen, bathroom, and—if you're lucky—some kind of sleeping alcove situation. (There are also the ones with loft beds—good in theory, terrible in practice—and murphy beds, which afford slightly more floor space.) Depending on how creative the occupant is, these can be totally spartan, or beautifully designed. 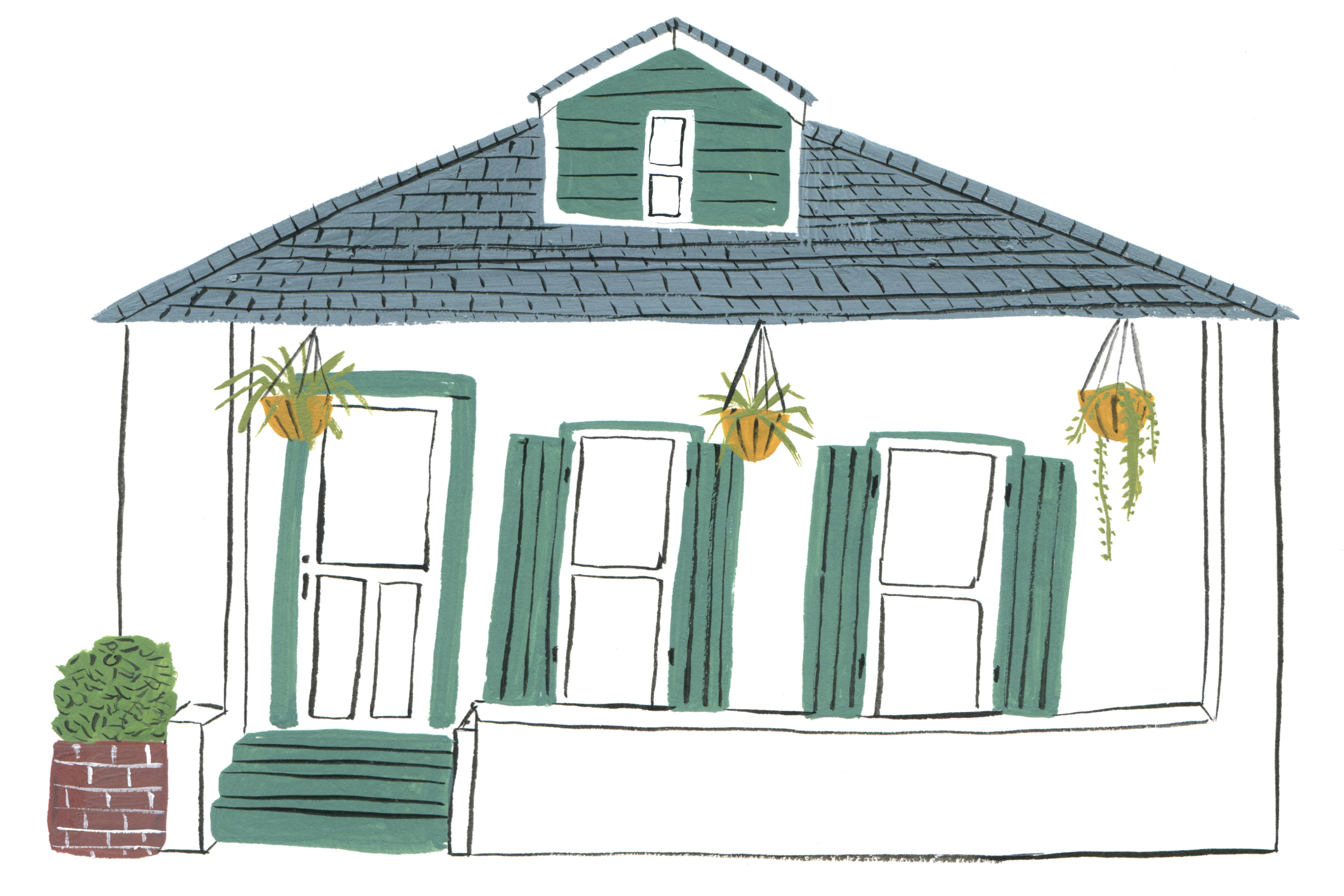 These tiny homes, which were originally built as vacation houses for New Yorkers looking to escape the hustle and bustle of Manhattan, can be found throughout certain parts of New York City—particularly in coastal areas of the outer boroughs. The most famous bungalows are perhaps the ones found in the Rockaways; thousands once dotted the area back when it was a bustling beach town, though their numbers have dwindled over the years (and Hurricane Sandy didn't help matters much). But, as photographer Nathan Kensinger found in 2015, "many Queens bungalow residents … are staying put, with no plans to move out or tear down their homes." Similar bungalow colonies existed in Coney Island and Sheepshead Bay in Brooklyn, and New Dorp Beach in Staten Island. Today, listings for these tiny homes occasionally hit the market, but those looking to test-drive the lifestyle can rent a restored Rockaway bungalow for $130 per night. 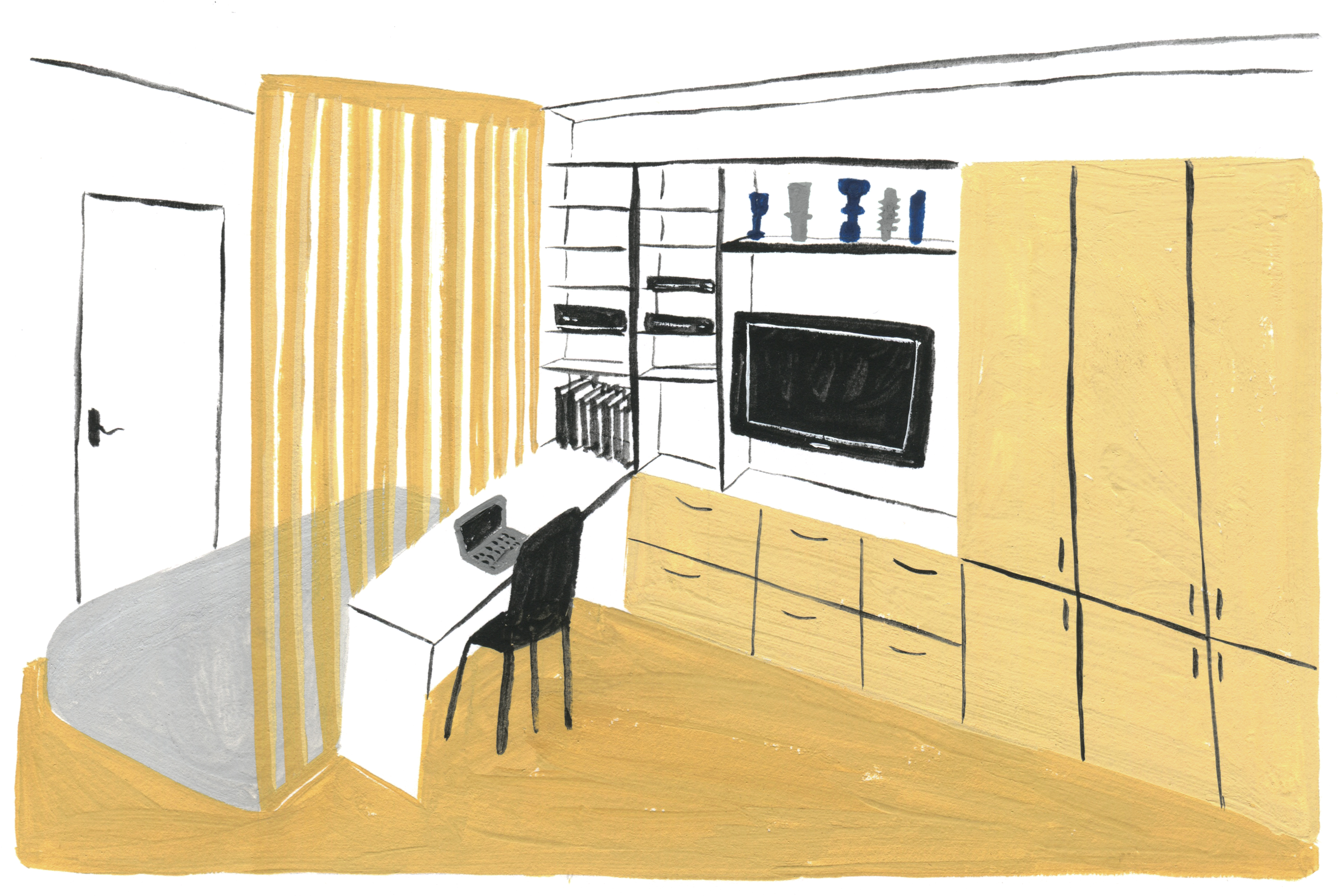 In contrast to traditional studios, the micro dwellings built in the past few years are, by and large, all about finding ways to cleverly utilize the available space to create a comfortable tiny space. The work of architect Michael Chen is a perfect example: His unfolding apartment, for example, transformed a 400-square-foot apartment into a space that seems much larger, thanks to a cabinet with different elements (a murphy bed, folding desk, etc.) that offer homey amenities without taking up too much space. Other micro dwellings have been purpose built to be tiny: Carmel Place, the city's first all-micro-unit building, is a perfect example of that. But will we see more of those in the future? Only time will tell. 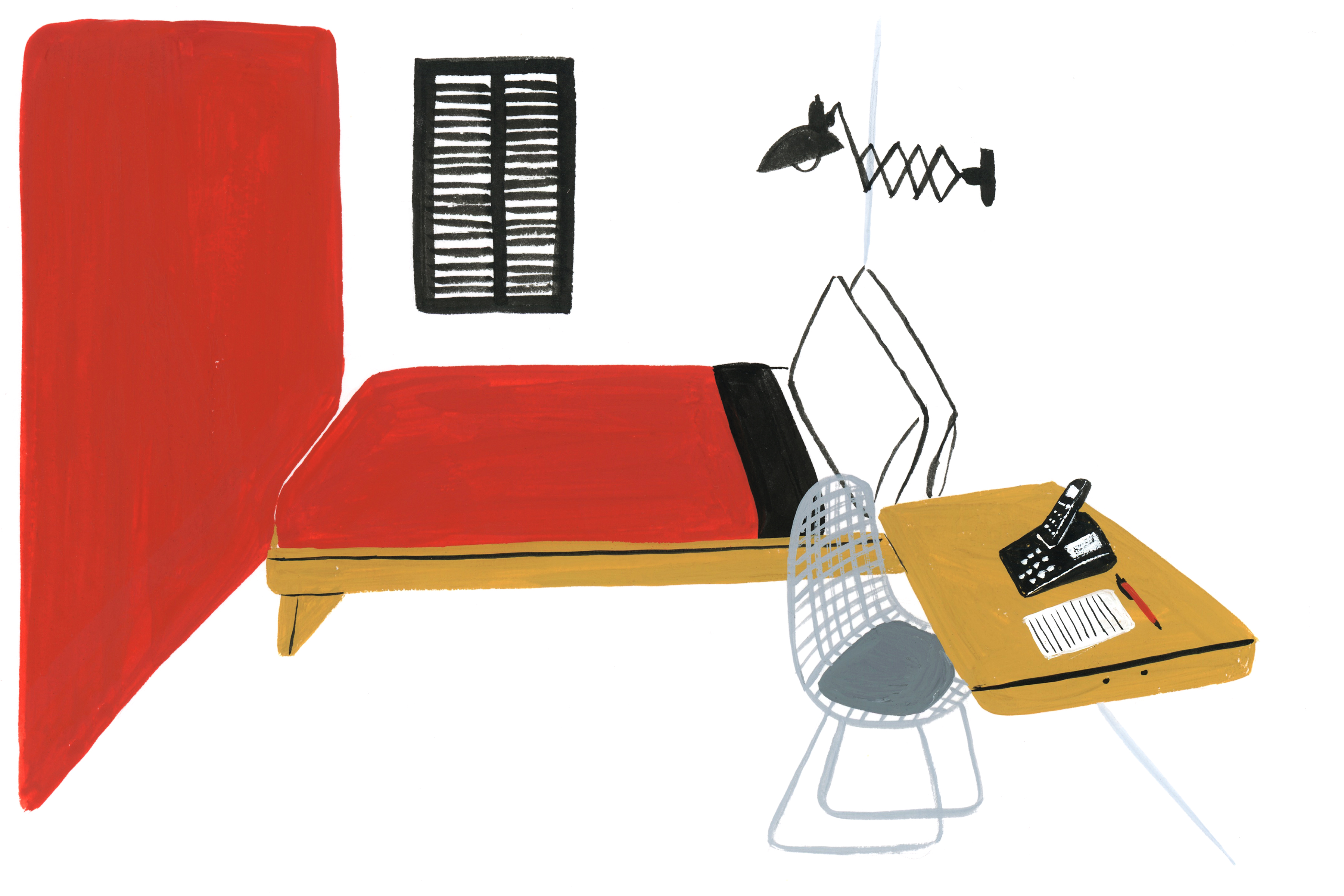 They're not permanent residences, of course, but capsule or pod hotels are yet another solution to the ever-pressing issue of fitting more places to stay into an already overcrowded city. The best-known purveyor of these is the Pod Hotel brand, which offers a number of different reasonably-priced rooms that range in size from a tiny single room with a twin bed (and shared bathroom) to a "studio pod," or a traditionally sized room. But other chains—including Yotel and CitizenM—have similarly tiny rooms. Another new brand, Arlo Hotels, just launched downtown, and bills itself as "the first micro hotel in the United States with four-star design" (AvroKo is behind the interiors), so clearly the trend is here to stay. 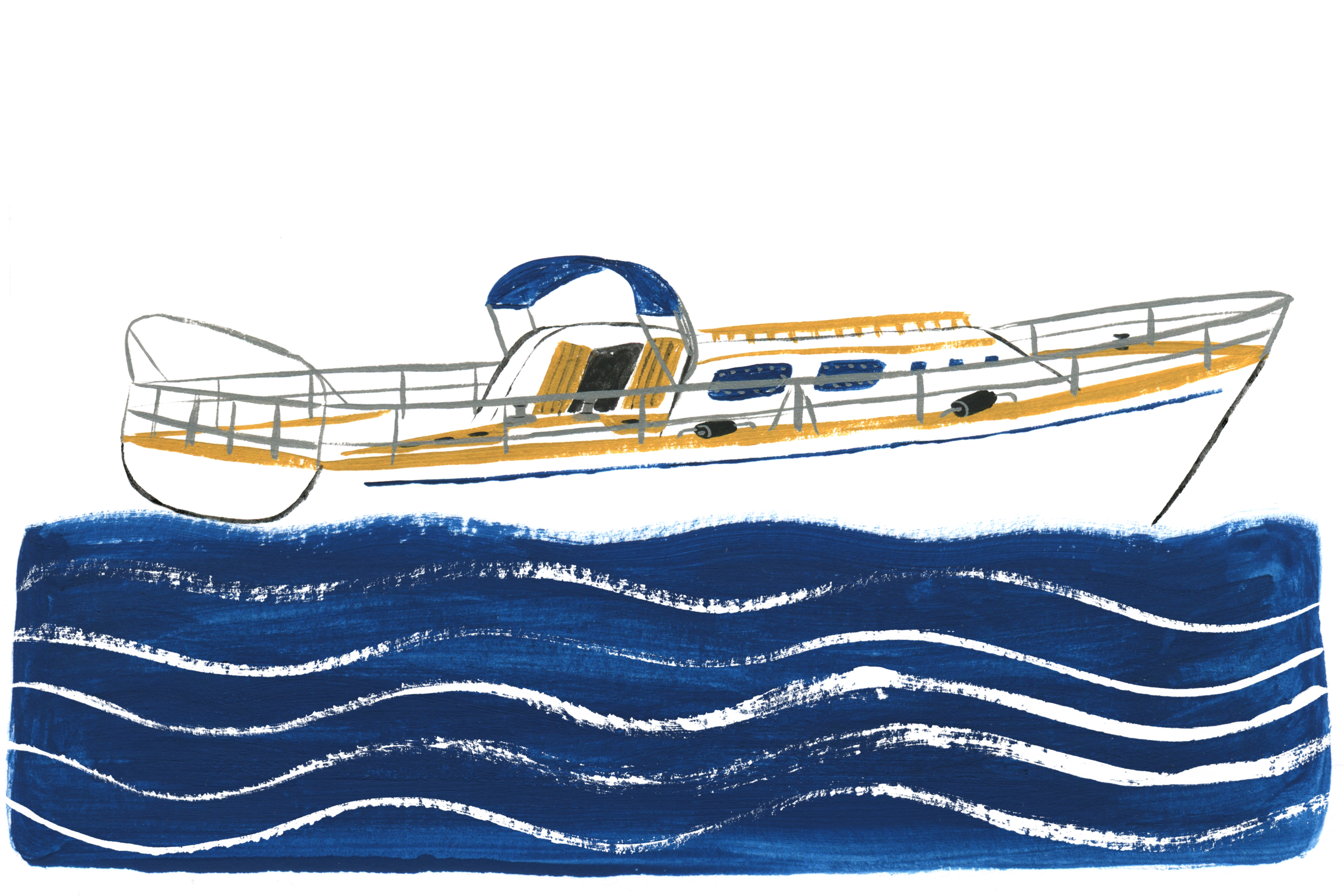 Okay, so these aren't as prevalent as the other types of dwellings we've featured here, but they do exist—and their owners have found ways to turn them into totally livable spaces. Take, for example, Victoria Fine and Jon Vidar, who transformed a 200-square-foot houseboat into a floating tiny house. And there are plenty of marinas around the city where wanna-be seafarers can dock: the 79th Street Boat Basin on the Upper West Side is a popular spot, as are the marinas in the Rockaways and outer Brooklyn. If you want to test-drive houseboat life, there are some listings on Airbnb, too.