These three sets of images uncover stark physical changes in Long Island City, Williamsburg, and the West Side

To those who know it well and even those who know only know it a little bit, New York City is a place of constant scenery change. Thanks to a seemingly endless stream of development projects, certain neighborhoods become unrecognizable very quickly, and it can be hard to follow what’s new and what’s gone.

Luckily, we have tools to help us keep track. Check out these maps to peek at some of the most dramatic physical changes New York City has faced since the early 2000s. 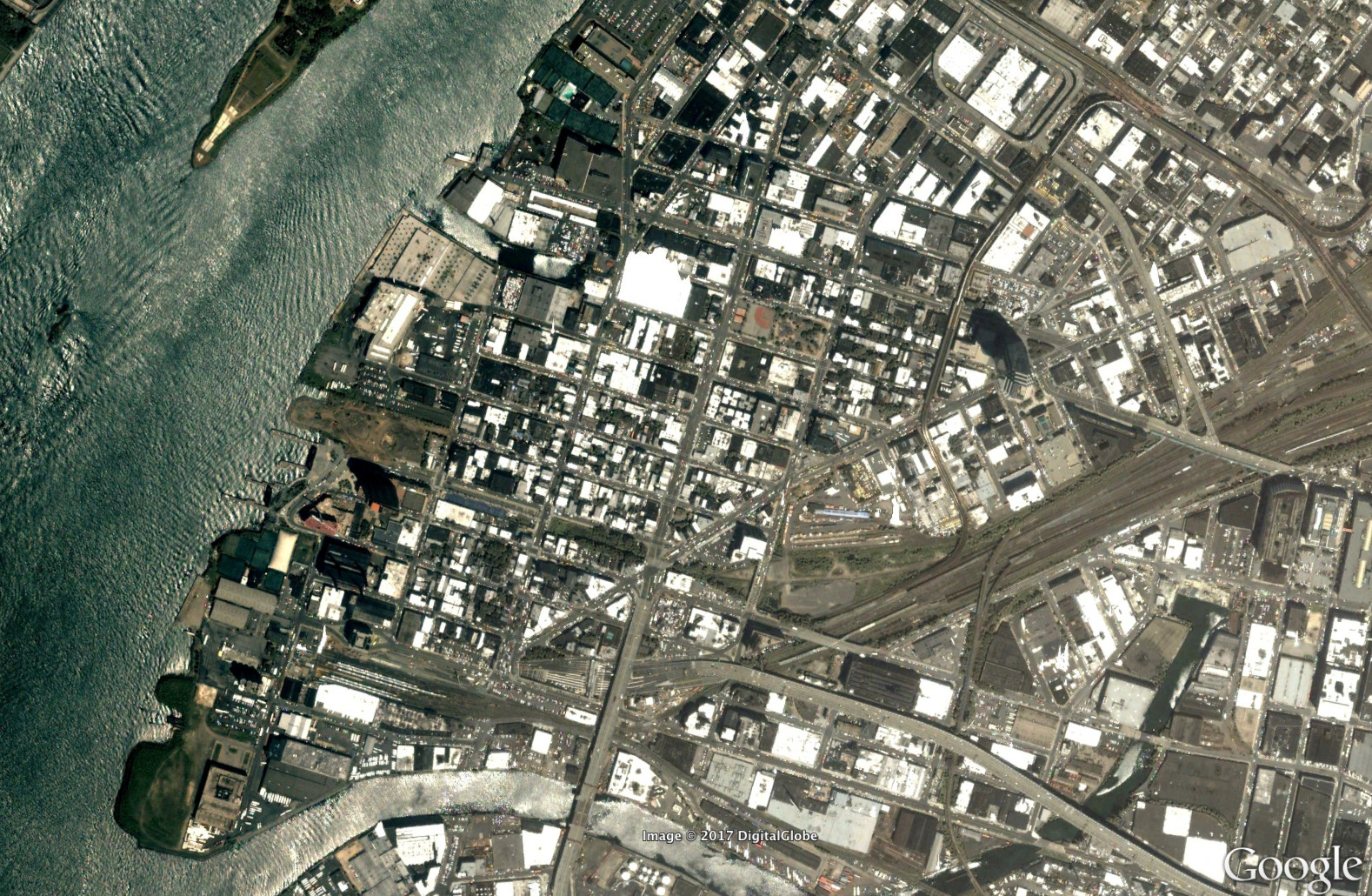 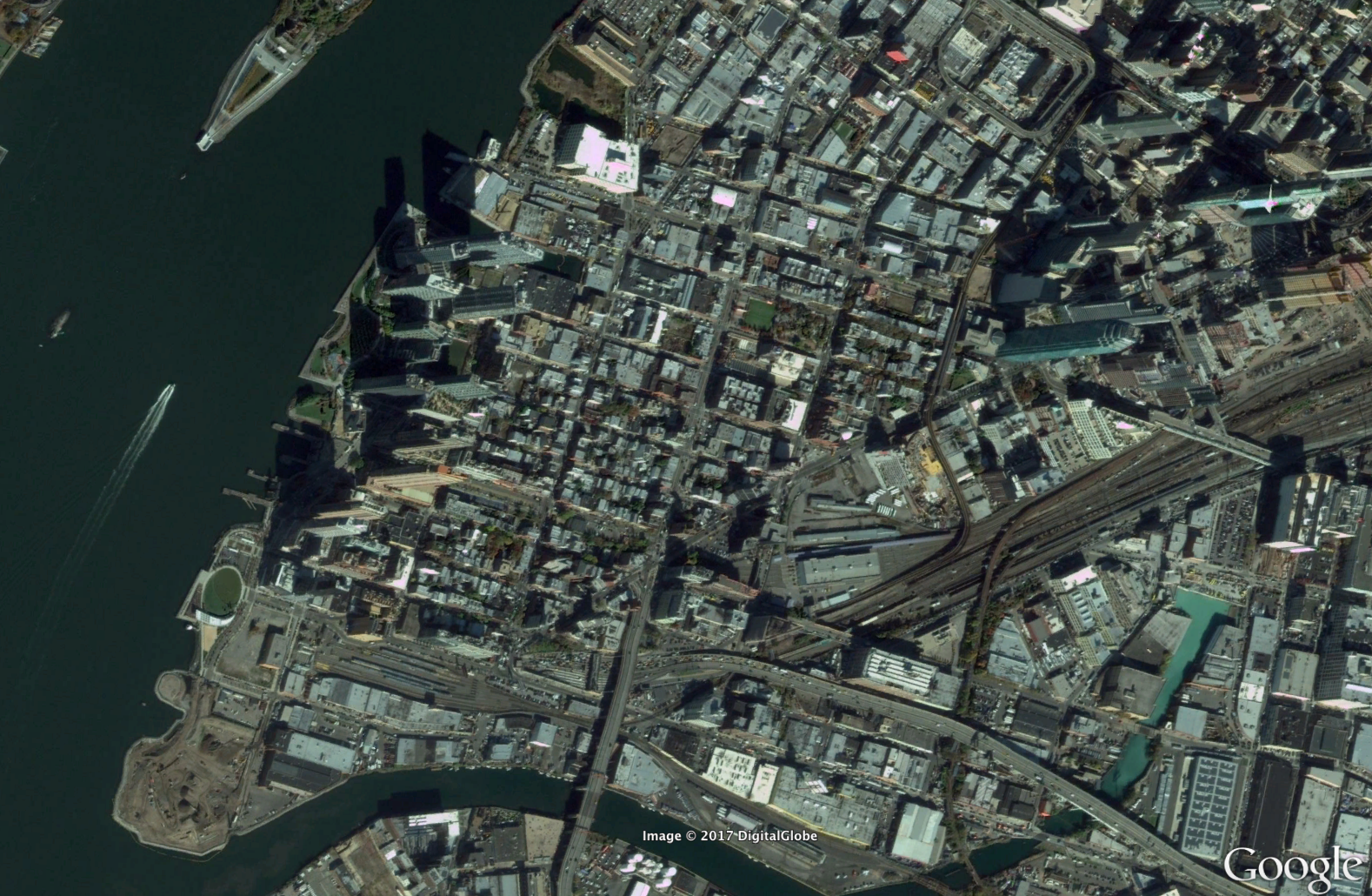 Once crowded with factories, Long Island City has transformed into a booming residential neighborhood; in recent years, it’s seen more more new apartment construction than any other place in the US.

These recent developments are clustered in the areas along the East River and around Court Square, with complexes like Center Boulevard and Linc LIC visible in the maps above. But that development sometimes comes at a cost; the demise of 5 Pointz is one example of community spaces lost to waves of new construction.

And there’s no end in sight: Another 1,120-unit megaproject is due to rise along the waterfront near Anable Basin in the next few years. 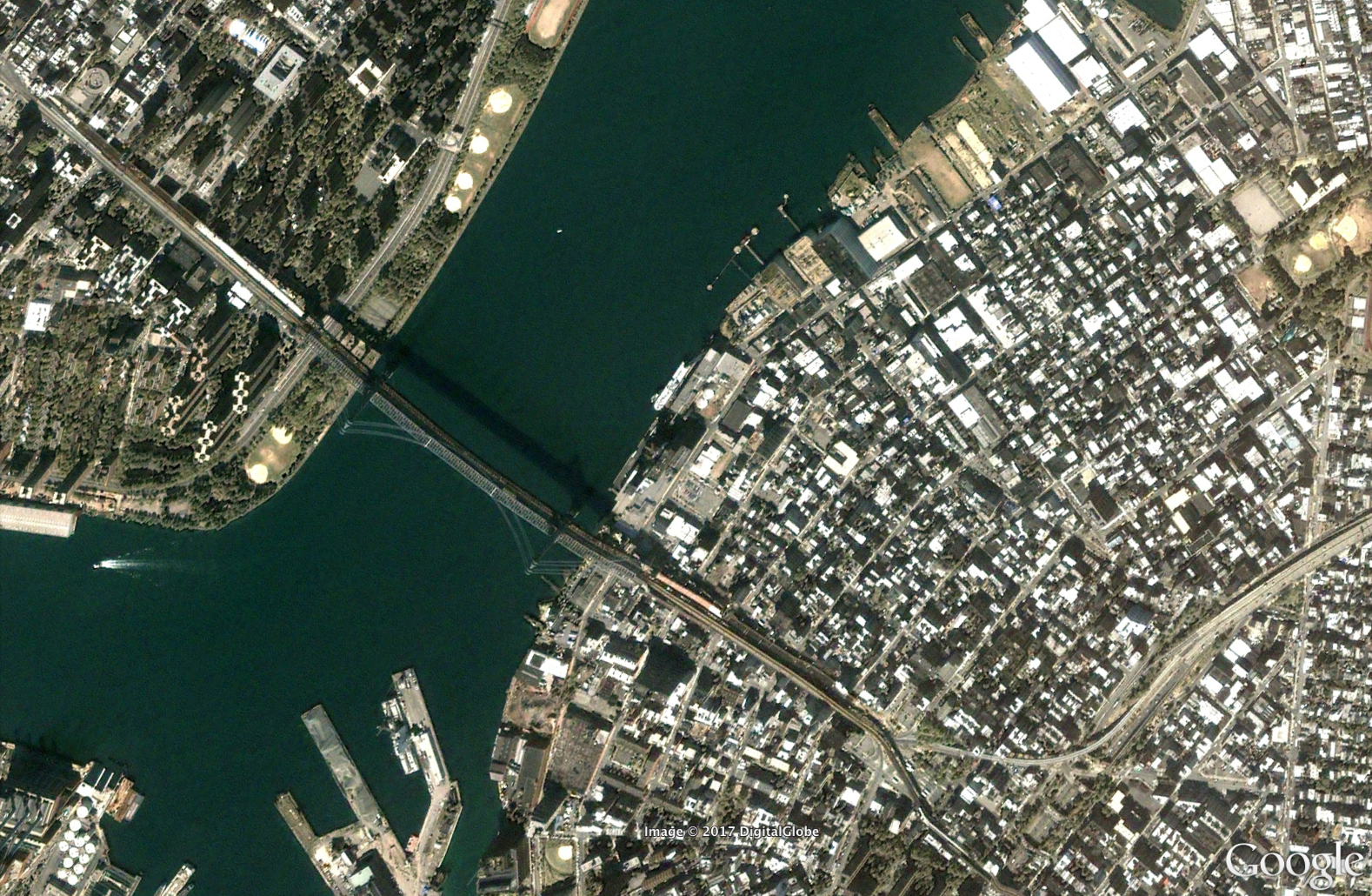 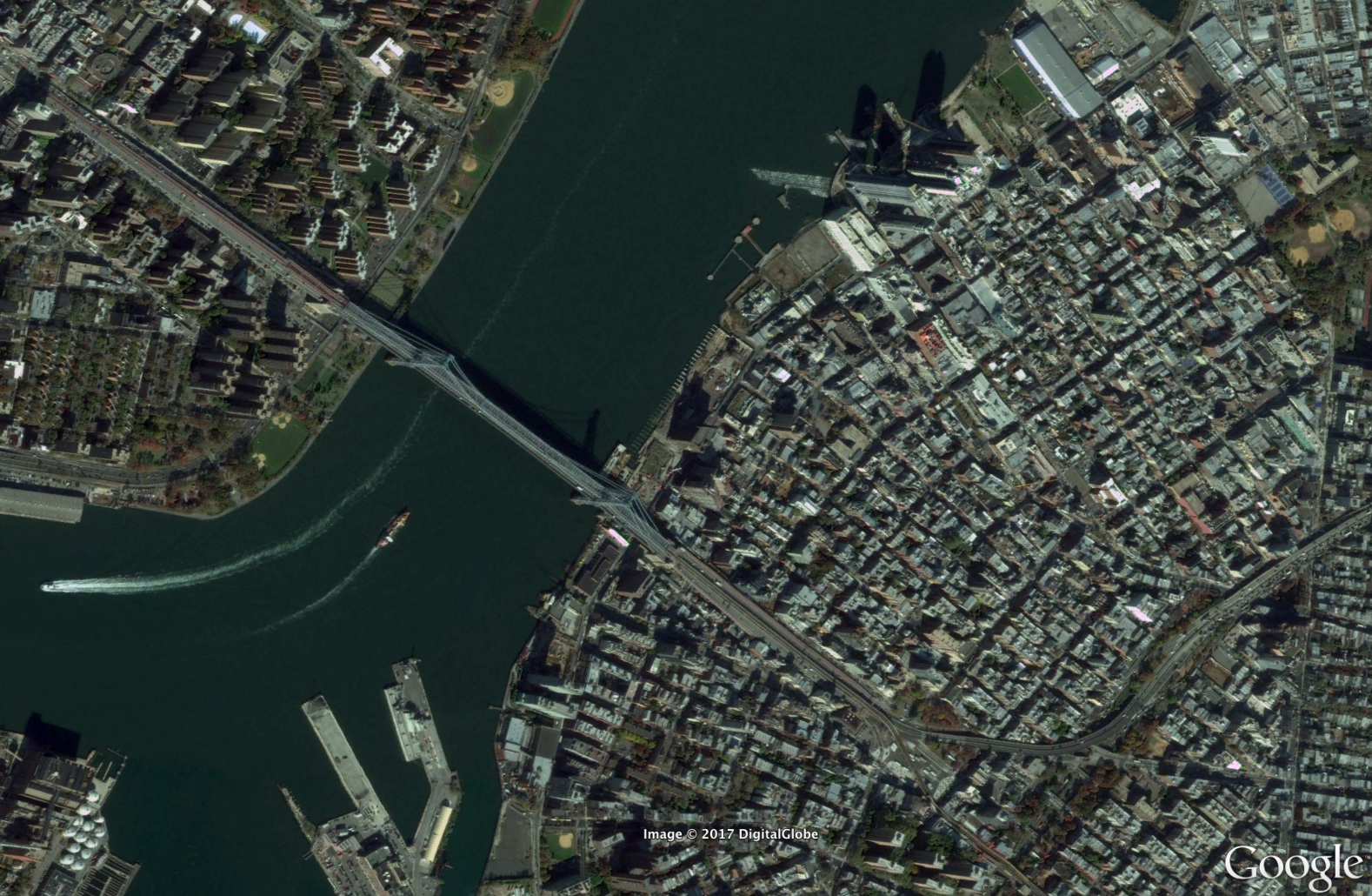 With one-family housing prices more than four times higher than those in the early 2000s, Williamsburg’s transformation is perhaps the most well-known neighborhood shift in the city. Many expansive new developments—some more controversial than others—have popped up along the historically industrial waterfront over the past 15 years.

Some of those include the former Domino Sugar Refinery, abutting the Williamsburg Bridge and on its way to becoming a multi-building megaproject; the Edge Condominium complex further north, which was an early casualty of the recession; and Schaefer Landing, with its notorious multi-million dollar double penthouse. All of those can be seen dotting the waterfront in the map above. 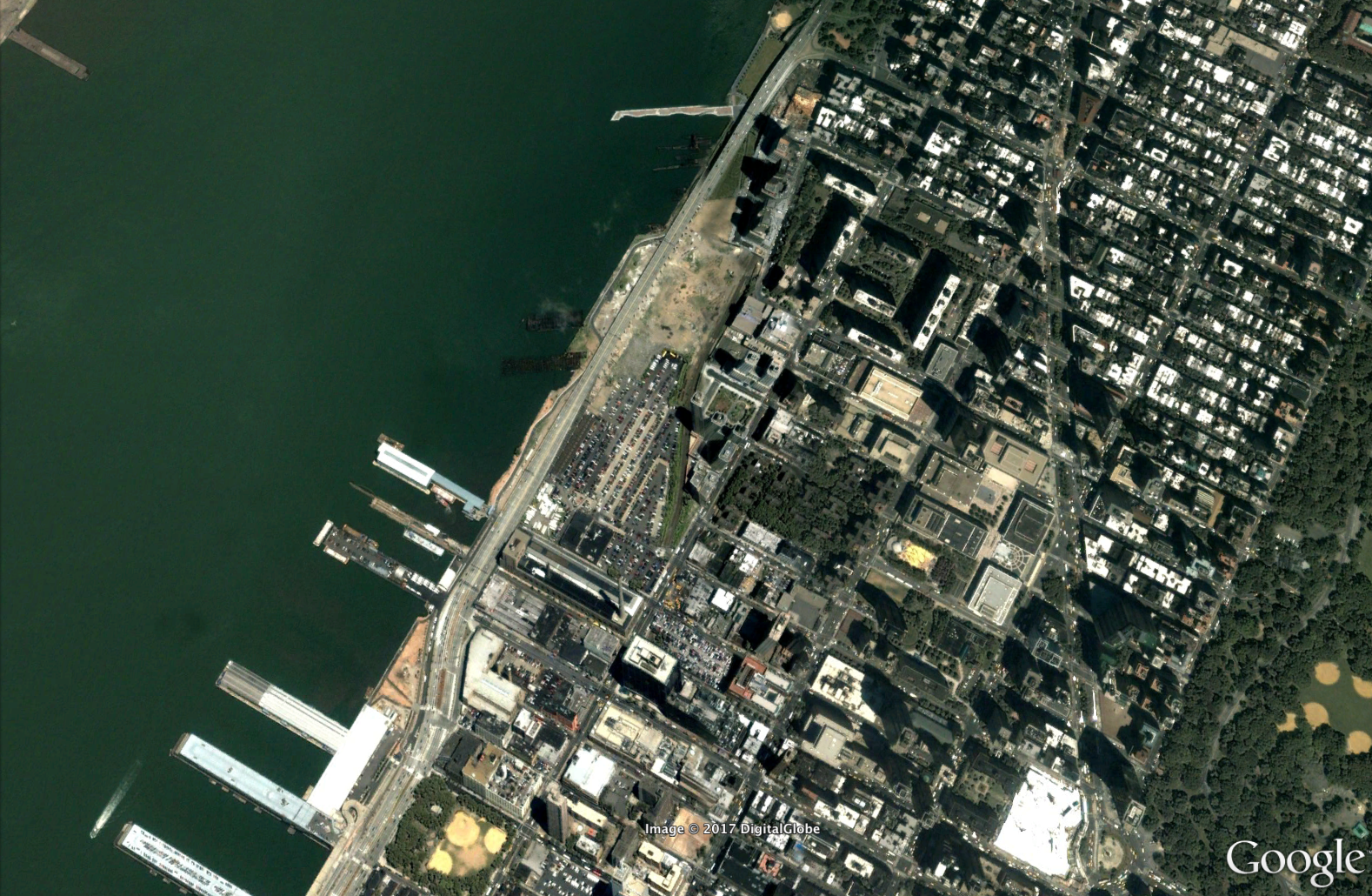 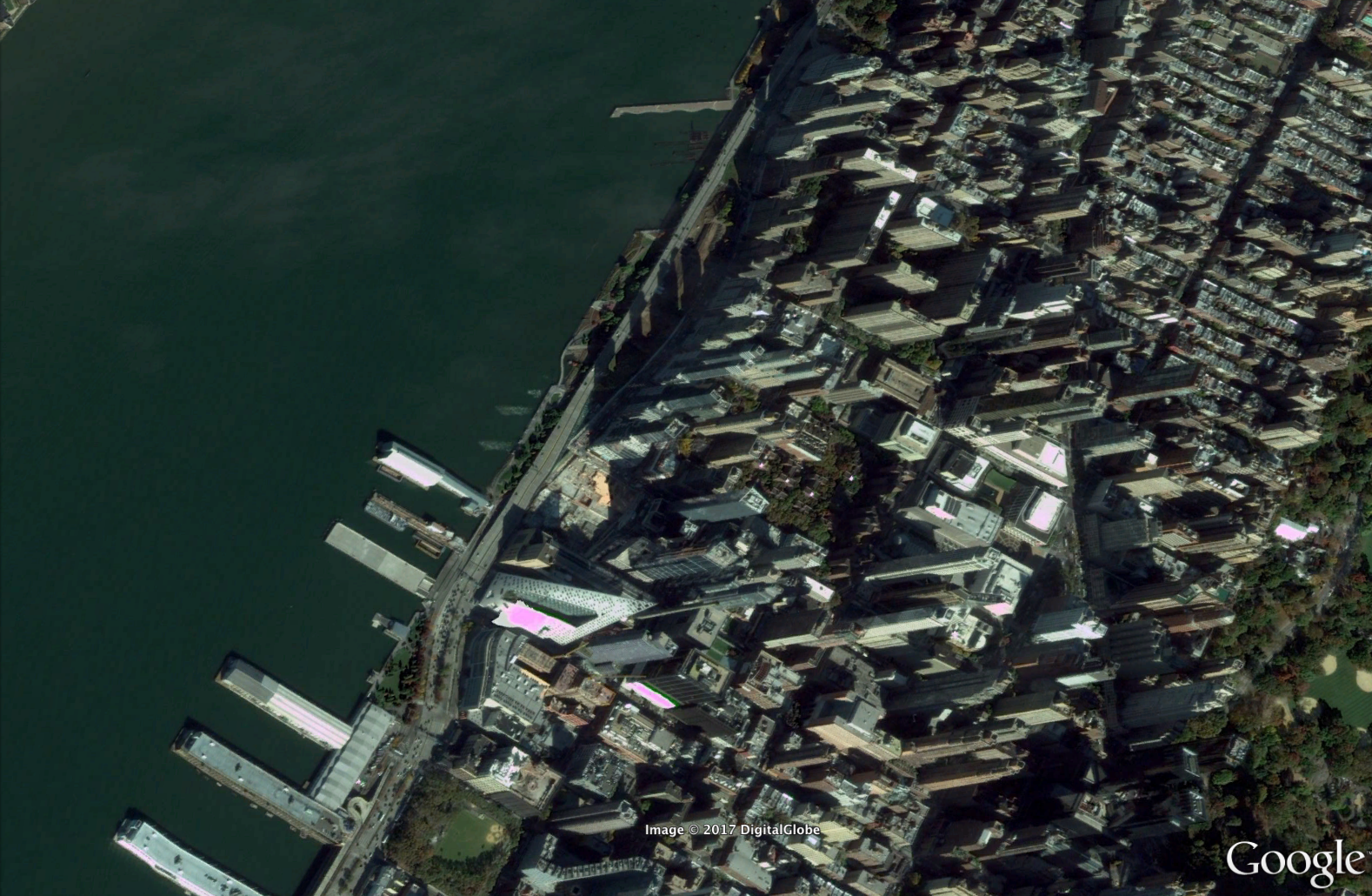 For those who regularly find themselves on Manhattan’s west side, the string of new towers between 57th and 72nd may not be new to you. There’s been a veritable building boom in the neighborhood, extending from Skidmore, Owings & Merrill’s Time Warner Center at Columbus Circle over to the Hudson River.

Many of these building have risen along Riverside Boulevard—a couple of which are Trump buildings—and replaced old old parking lots and vacant parcels of land. Some of the most notable additions include Bjarke Ingels’ Via 57 West, the “courtscraper” on the river at West 57th Street; just a block north, the three buildings that make up Waterline Square have already topped out.

Next Up In NYC Construction News