For $995K, a sleek Park Slope two-bedroom with design cred

The apartment’s been featured in Architectural Digest and Lonny

Welcome back to The Six-Digit Club, in which we take a look at a newish-to-market listing priced under $1 million, because nice things sometimes come in small packages. Send nominations to the tipline.

Shelter magazine-approved apartments hit the market all the time in New York City, but it isn’t so often that said apartments have a lowly six-digit asking price. Enter this two-bedroom Park Slope co-op with a hearty makeover by Dan Mazzarini, the former director of store design at Ralph Lauren and founder of BDHM Design. The apartment looks like a million bucks, and it’s asking slightly less than that with Corcoran at $995,000.

Mazzarini’s redesign of the apartment dotted the pages of both Architectural Digest and Lonny, who praised it for its commanding use of black (because apparently that’s a hard thing to get right.) Mazzarini painted the apartment’s most distinct original feature, its bay window, in the subdued hue while whitewashing the brick wall surrounding the fireplace. The floors were also painted white, creating a dramatic contrast against the kitchen’s gray high-gloss cabinets and black marble backsplash.

The larger bedroom has the benefit of being a corner room, though listing photos showing a window air unit reveal that the apartment goes without central air. Maintenance here is $650/month, and an added bonus: the kitchen appliances are still under warranty. 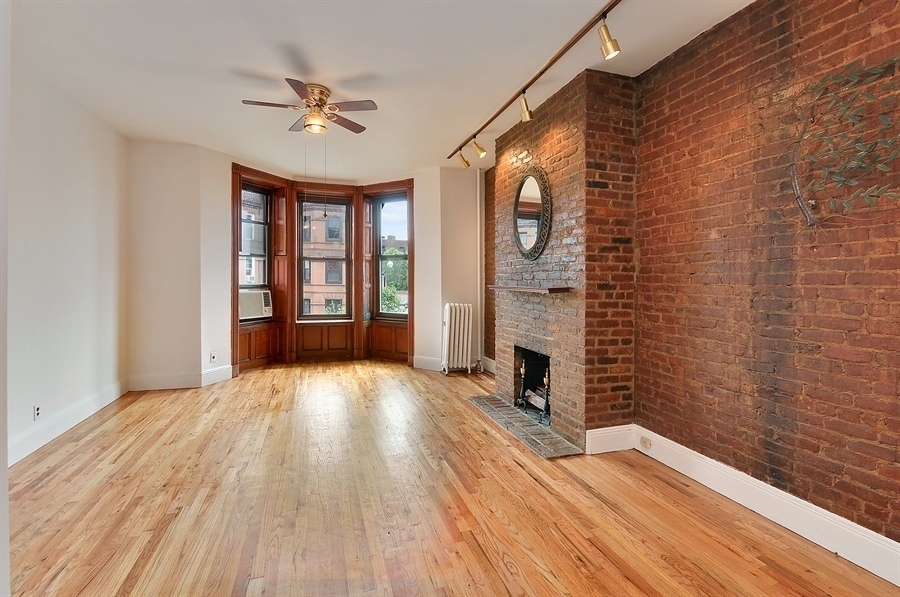 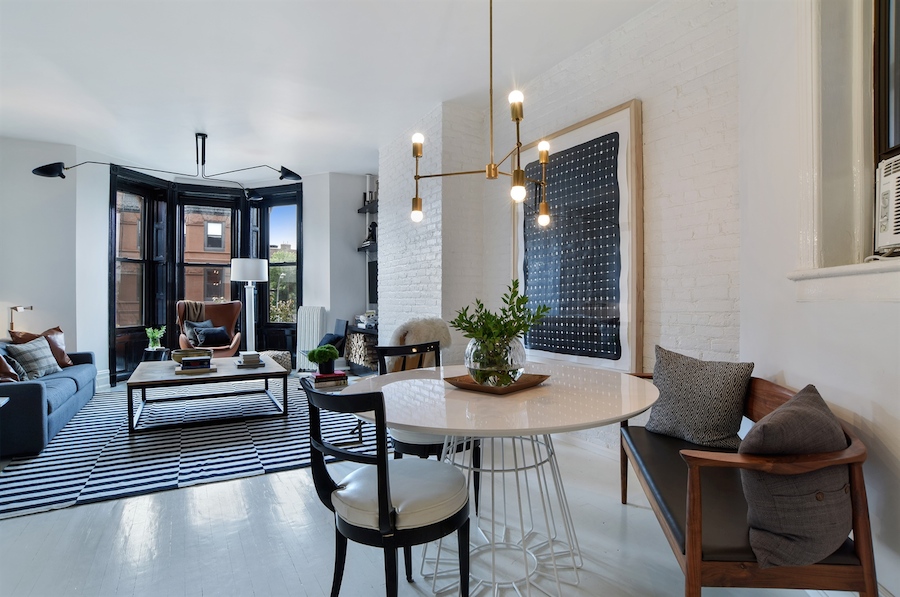 Next Up In Homes For Sale