A new vision for a greener, pedestrian-friendly Downtown Brooklyn

The increasingly busy neighborhood could see its streets transformed

Downtown Brooklyn has become one of the busiest areas in New York City with new malls, residential towers, and office spaces popping up over the last decade. But it’s not exactly the most pleasant place to walk around, as cars, buses, cyclists, and pedestrians fight for space on its crowded streets and sidewalks.

But that may soon change: The Downtown Brooklyn Partnership (DBP) has unveiled details and new renderings of an ambitious plan to transform a huge swath of the neighborhood into a more pedestrian-friendly place, as CityLab first reported.

The plan, which was designed in collaboration with Bjarke Ingels Group (BIG) and WXY architecture + urban design, covers a 240-acre area around Atlantic Avenue, Tillary Street, Court Street, and Ashland Place, and takes inspiration from recent street redesigns like Times Square’s pedestrian plaza and the 14th Street busway (and its evident success). 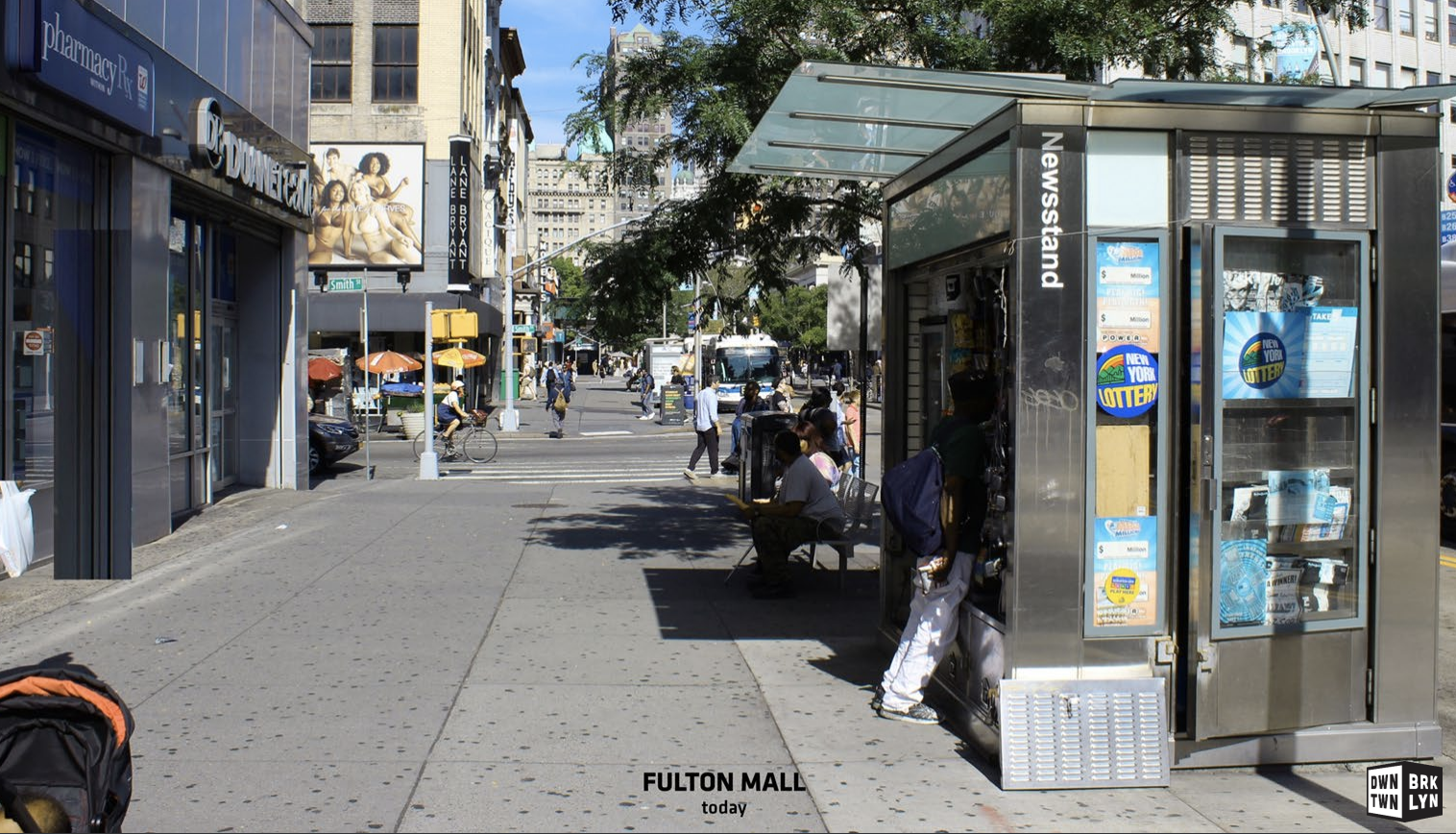 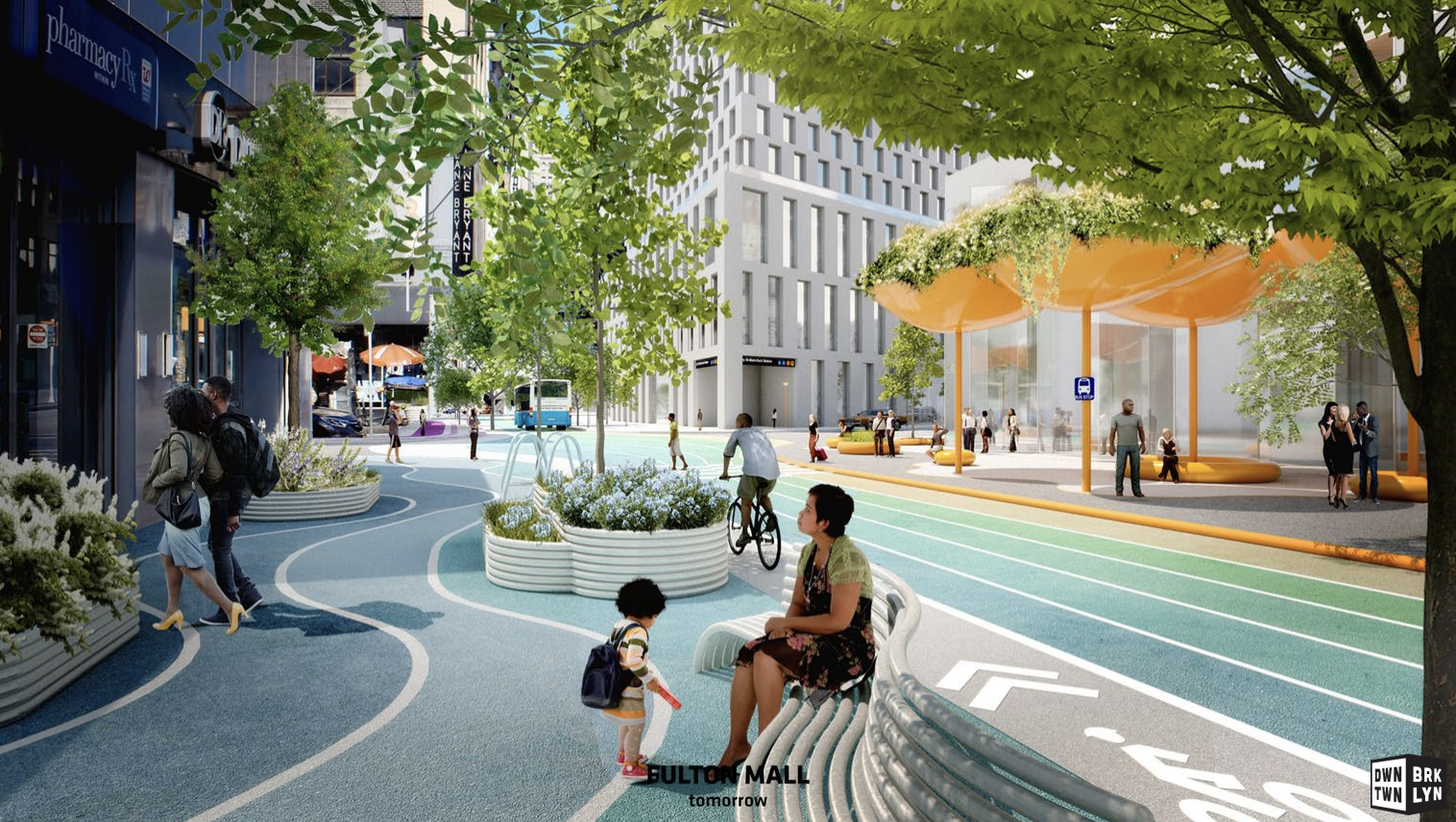 What the Fulton Mall area looks like now and what it would look like under the new plan.
Courtesy of Downtown Brooklyn Partnership

“We want to go further than any business district in the city by reorienting streets away from cars and toward pedestrian, cyclist, and mass transit use,” Regina Myer, president of Downtown Brooklyn Partnership, said in a statement. “We want to breathe new life into our public spaces. And we want to create an identity worthy of Brooklyn’s Downtown.”

Downtown Brooklyn has dramatically changed in the 15 years since it was rezoned by former Mayor Michael Bloomberg’s administration. That change was geared toward fostering residential and commercial development, and in the decade-plus since, the area’s population has surged, placing more demand on the area’s public space, a Municipal Art Society study found.

According to DBP, there are more pedestrians on Fulton Street than Wall Street at peak hours during the week; more than 13,000 pedestrians pass through Albee Square daily and more than 11,000 go through the area around Fulton and Jay streets daily.

DBP’s plan aims at connecting and creating a more cohesive area, as the community is set to double in the next decade. “Now is the moment for a bold public realm vision that’s far more welcoming to pedestrians,” Myer said.

Next Up In NYC Development News