Hudson Yards then and now: A decade of development

By Amy Plitt@plitter Mar 15, 2019, 10:00am EDT
Photography by Max Touhey
1 comment / new
Part of The ultimate guide to Hudson Yards

Before construction on the Hudson Yards megaproject officially kicked off in 2012, the area on Manhattan’s west side between 30th and 34th streets wasn’t home to much. There were apartment buildings (including a handful of high-rises), some office towers, the remnants of the elevated railway that became the High Line, and—crucially to the redevelopment story—the West Sid Yard, where Long Island Rail Road trains were stored and served.

Seven years later, the physical transformation of the landscape has made the neighborhood barely recognizable. The gleaming towers comprising Related and Oxford Properties Group’s Hudson Yards parcel have gone vertical, with more of the rail yard due to be decked over in the coming years. Many of those low-rise apartment buildings and small businesses are gone, and even more high-rises—a bunch of which are outside of the Related development—have sprouted throughout the neighborhood.

To get a sense of how profound the change is, take a look at the before-and-after shots below, taken by photographer Max Touhey, who’s been shooting the site since the beginning. 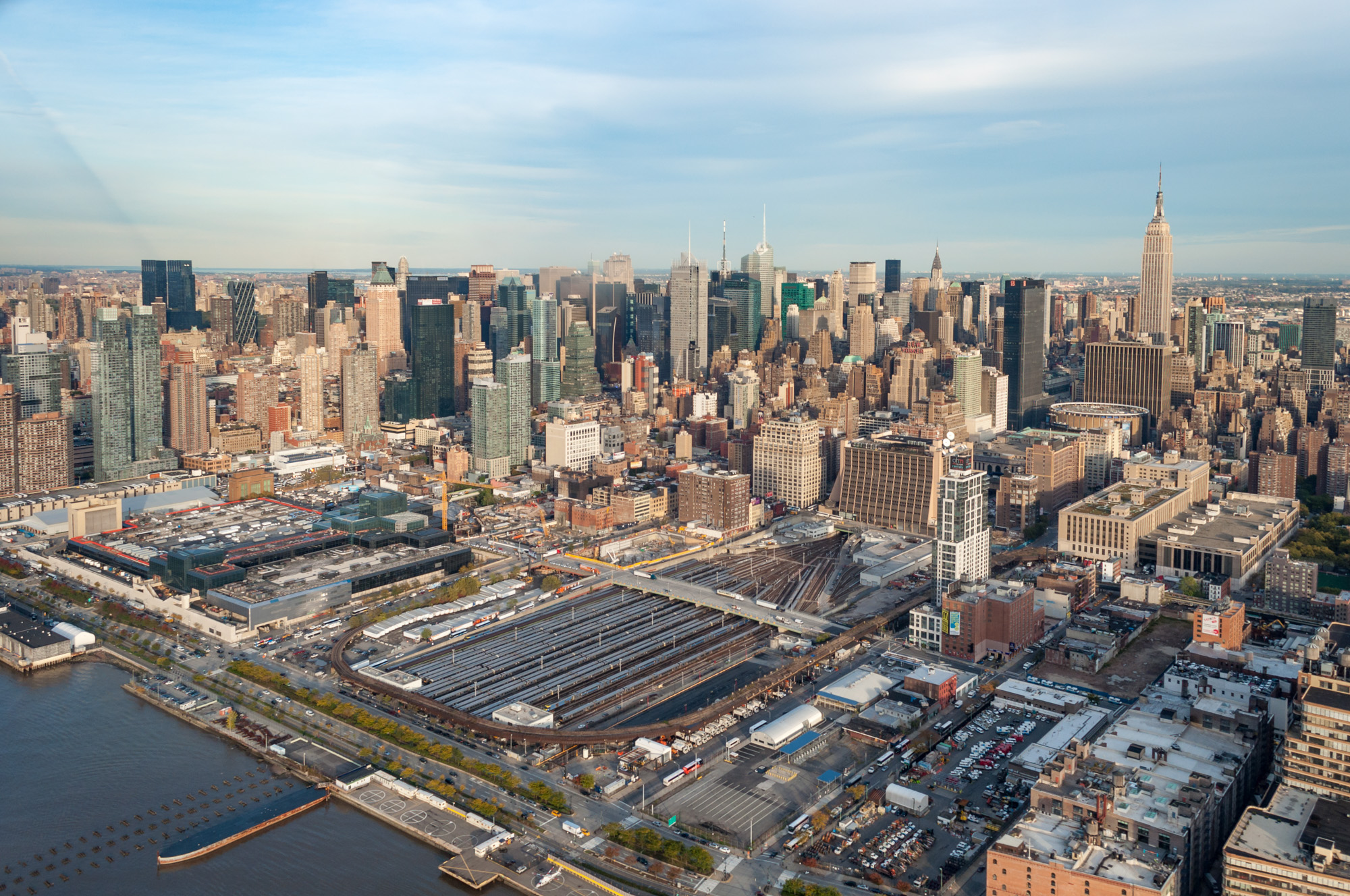 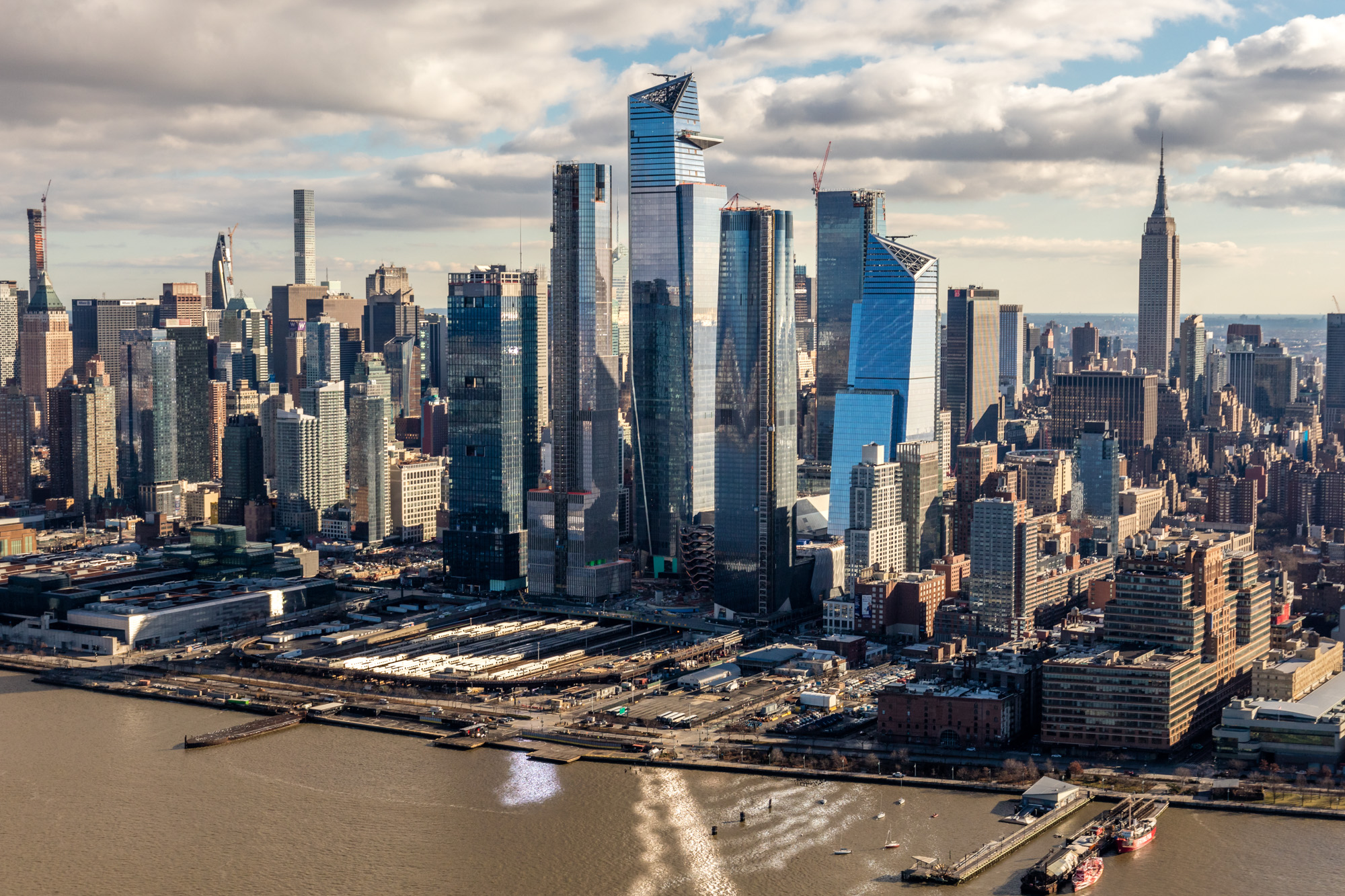 The difference between 2011, before construction on Hudson Yards had even begun, and 2018, when much of the site was completed or in progress, is particularly stark when viewed from the Hudson River. Not only are the towers of Hudson Yards itself a looming presence on the skyline, but other buildings have risen around them—a byproduct of the 2005 rezoning that created the Hudson Yards Special District. 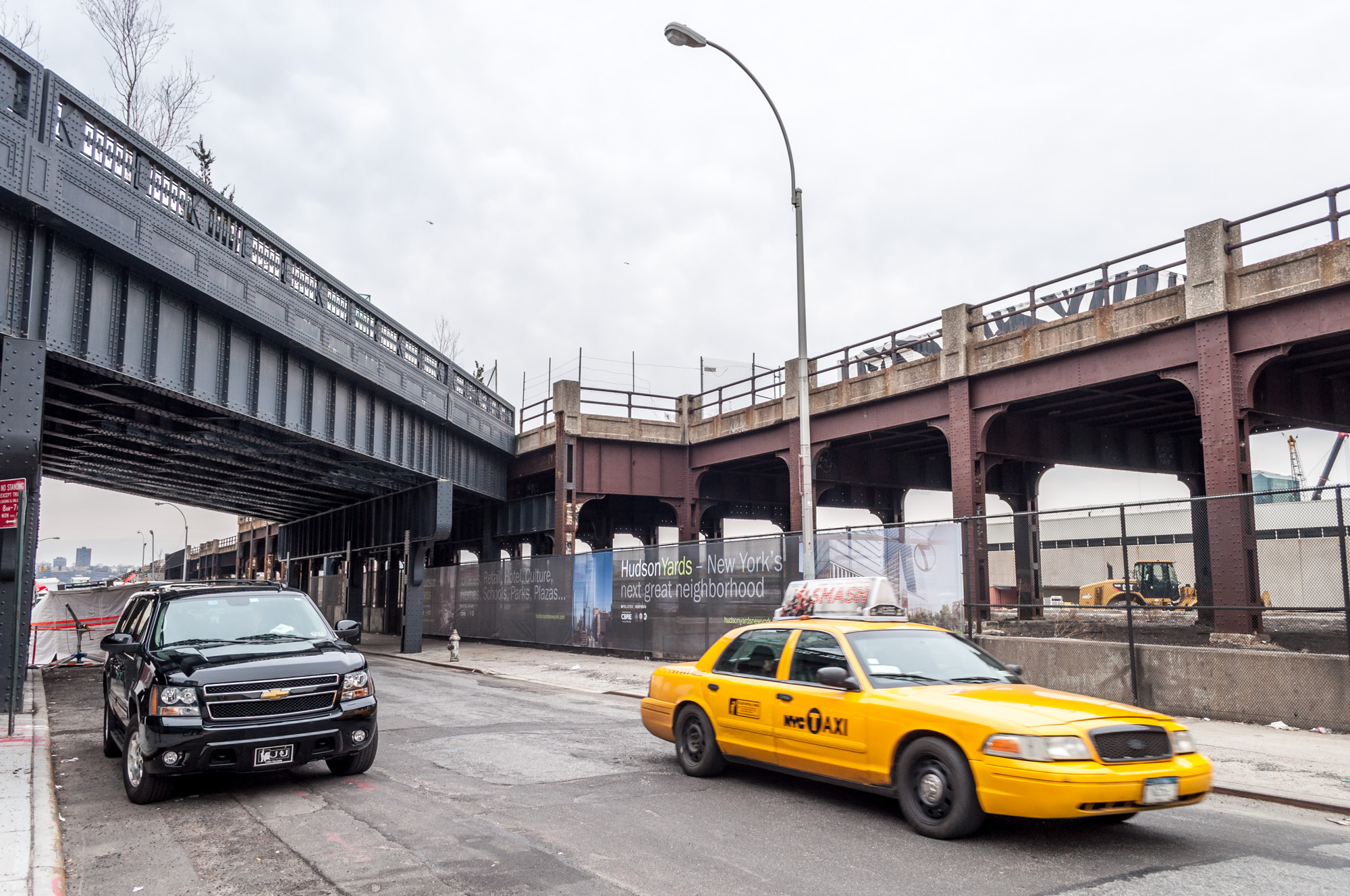 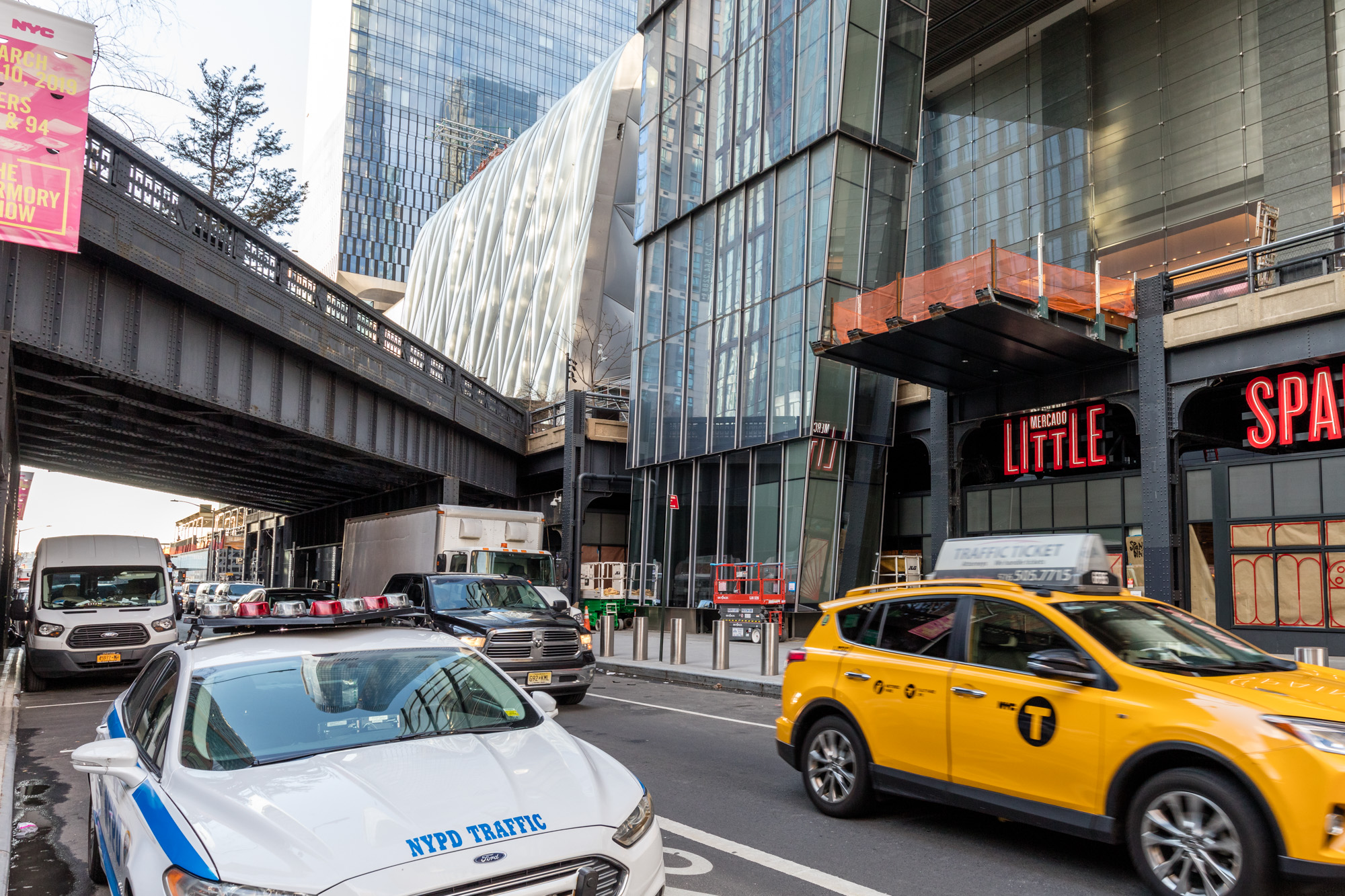 In 2012 (left), 30th Street near 10th Avenue was still mostly empty, and the High Line’s last sections had not yet become a reality. Fast forward to 2019 (right), and that piece of the High Line is now at the southernmost entry point to Hudson Yards, and is flanked by The Shed on one side, and 10 Hudson Yards on the other. 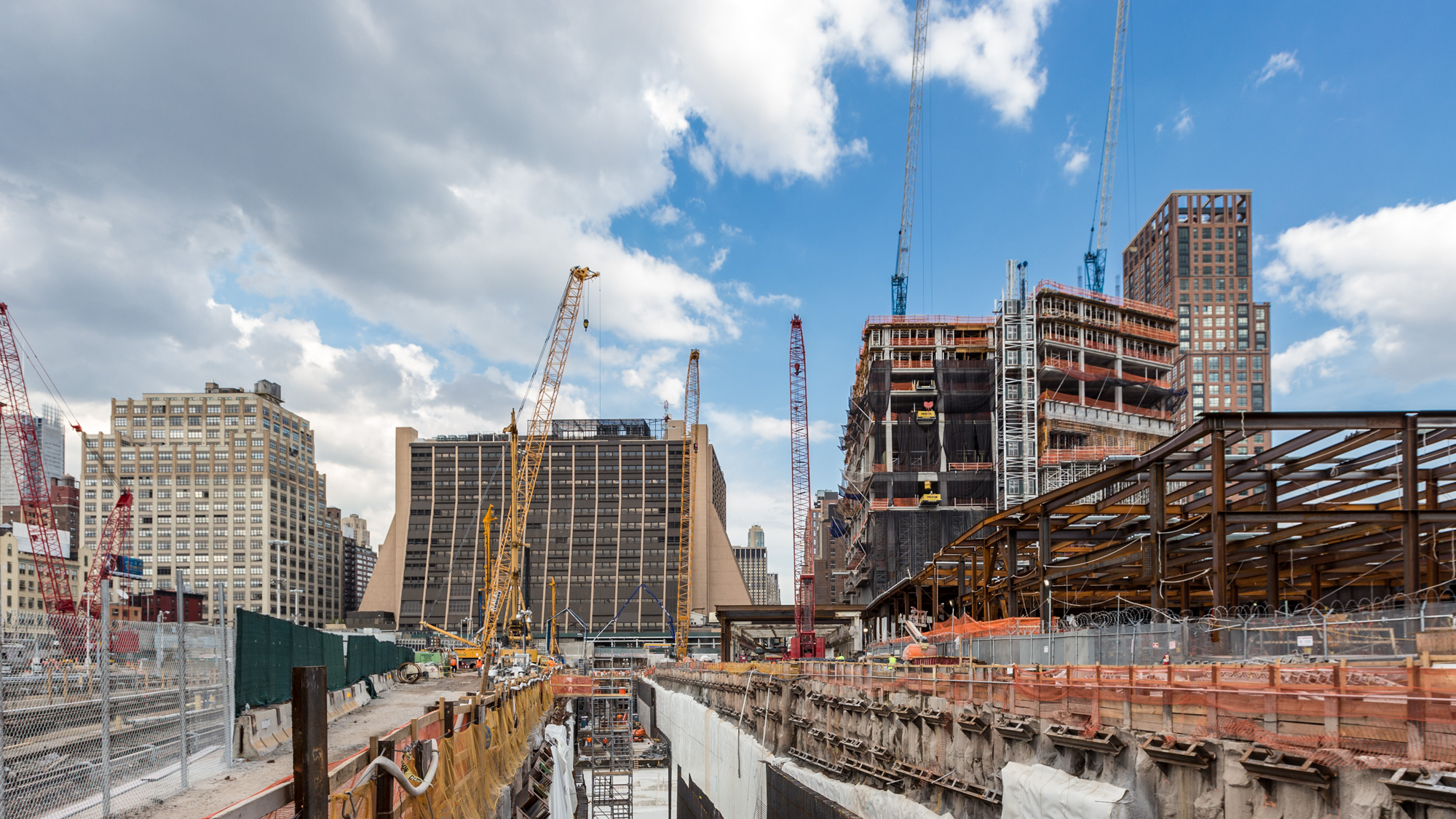 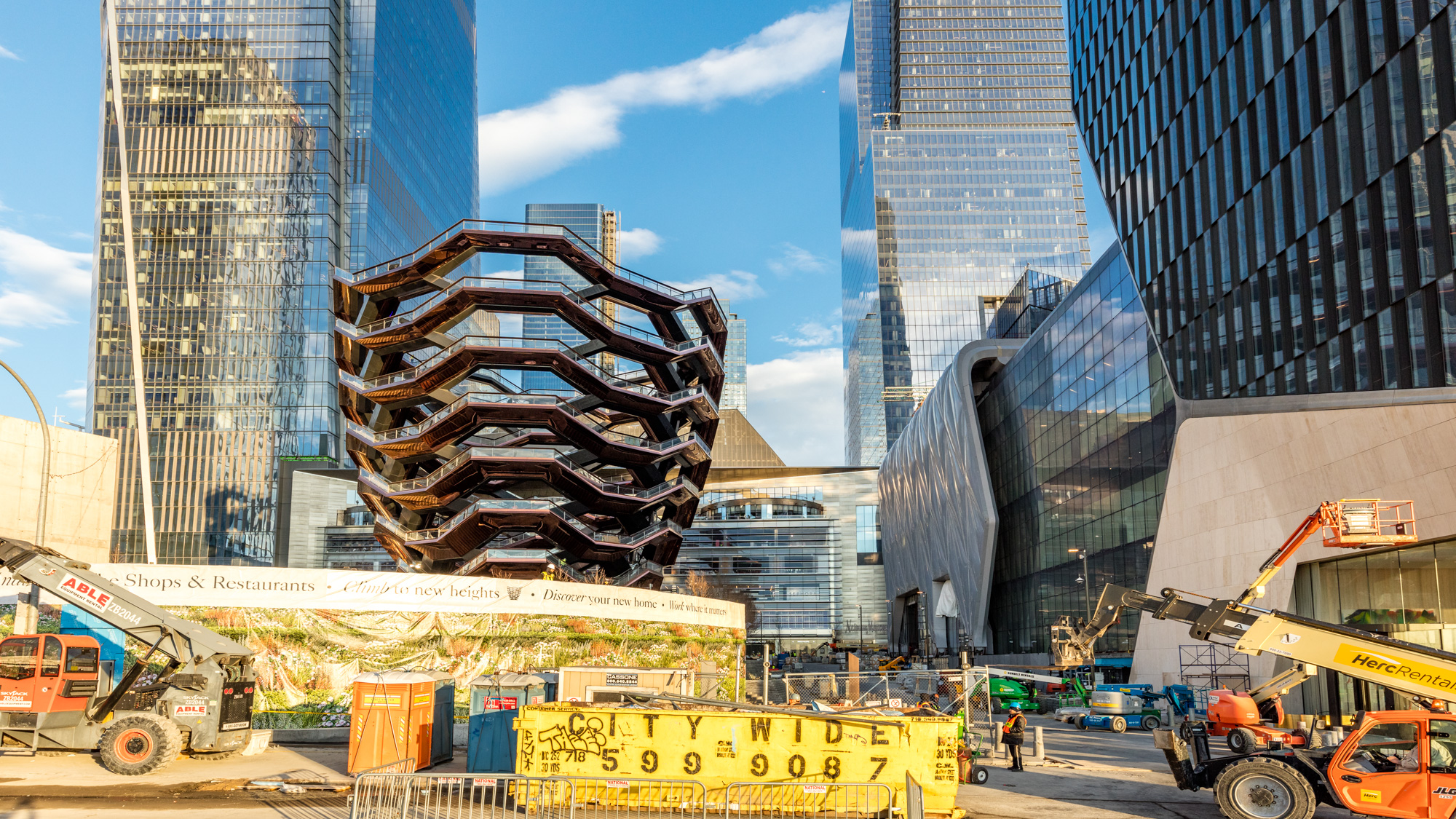 By 2014 (left), construction was underway on the platform that covers the eastern rail yards, but buildings had not yet started to go vertical on the Hudson Yards site. By 2019 (right), every building is either in progress or completed—and other elements, like Thomas Heatherwick’s Vessel, have further transformed the site. 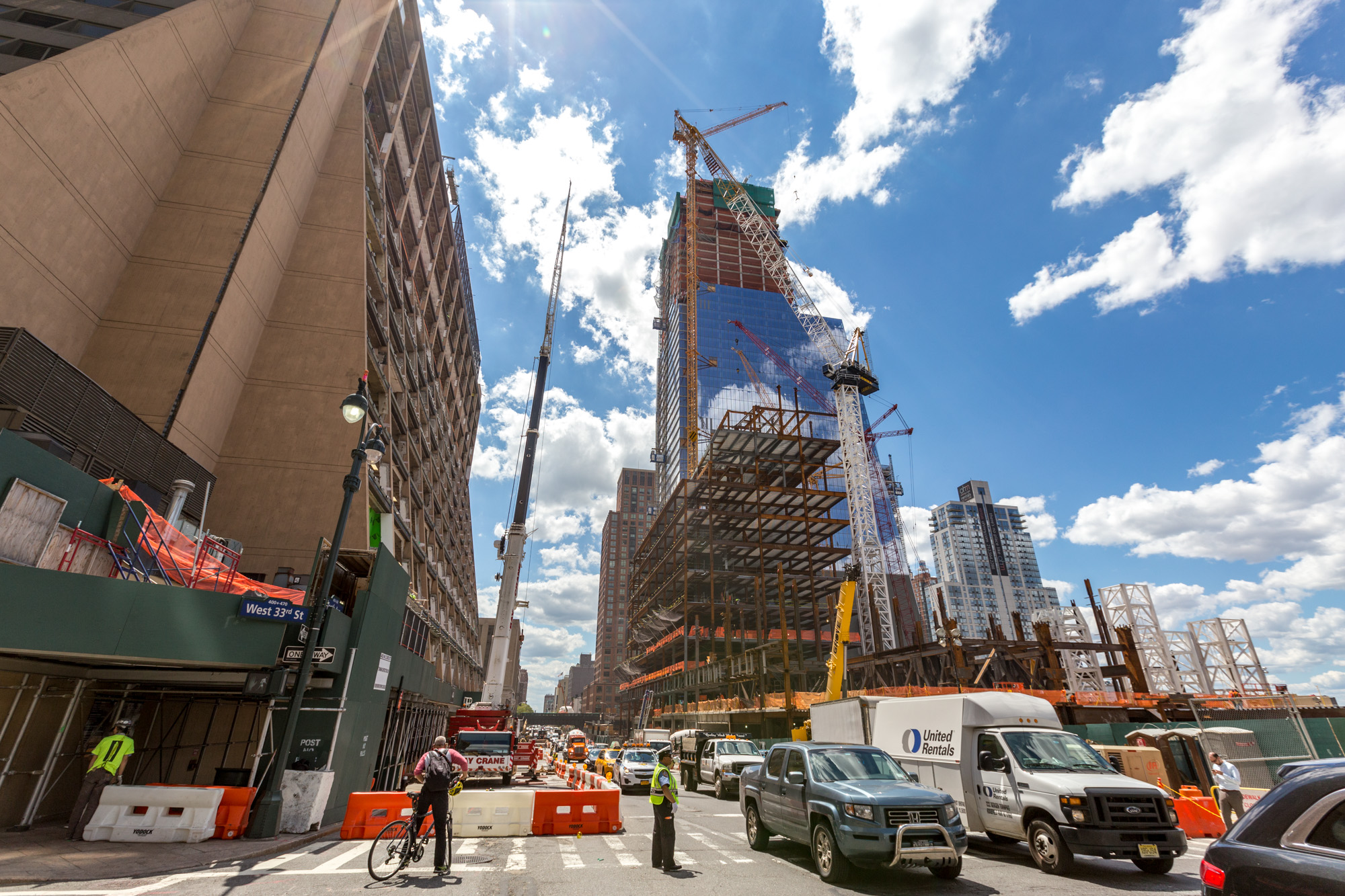 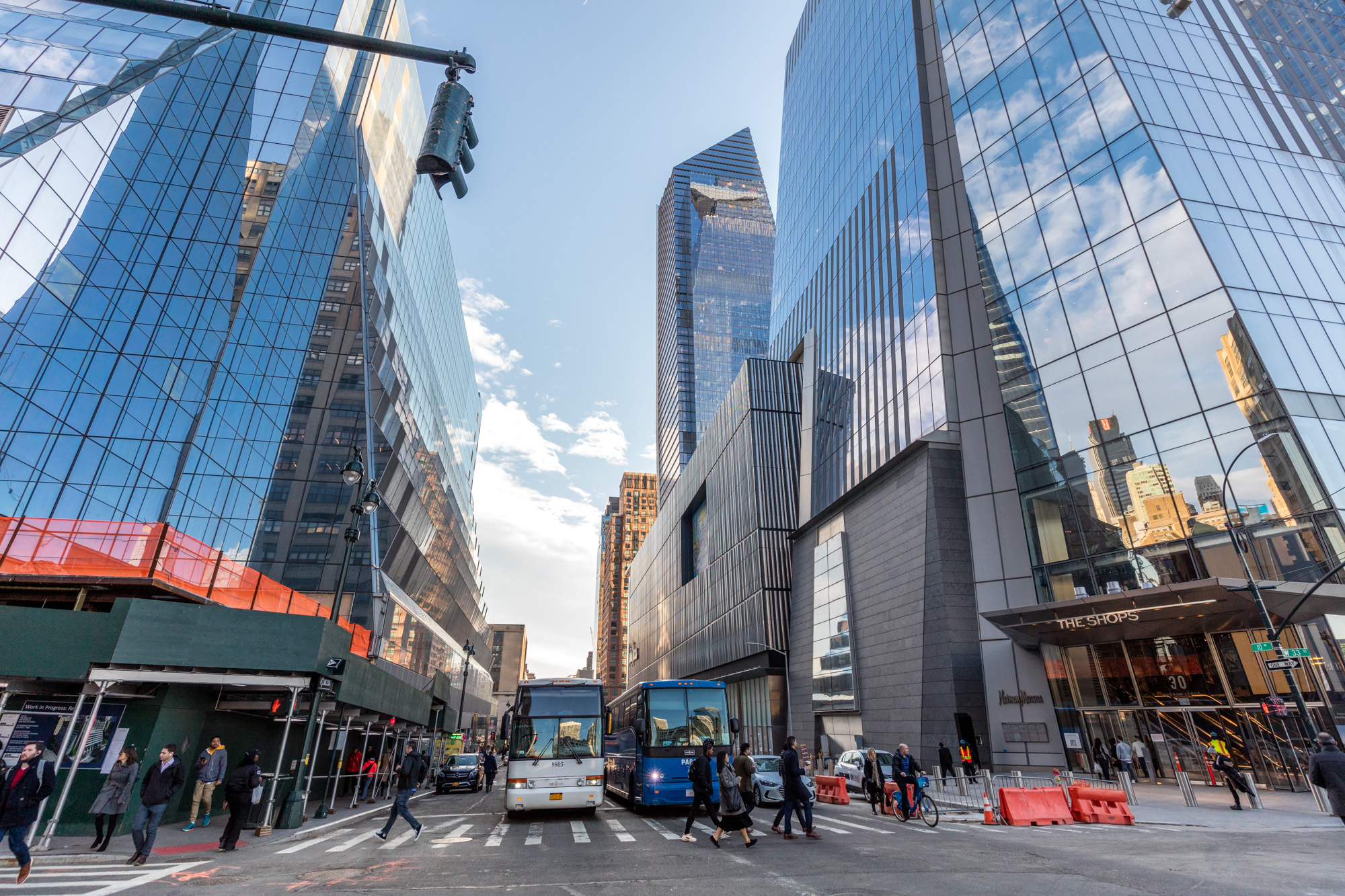 The redevelopment of Hudson Yards also led to a larger transformation of its surrounding neighborhood. In the photo on the left, from 2015, the old Daily News building on 33rd Street still has its quirky Brutalist facade. But by 2019, it had been transformed as part of the Manhattan West megaproject, located across the street from Hudson Yards.

The ultimate guide to Hudson Yards