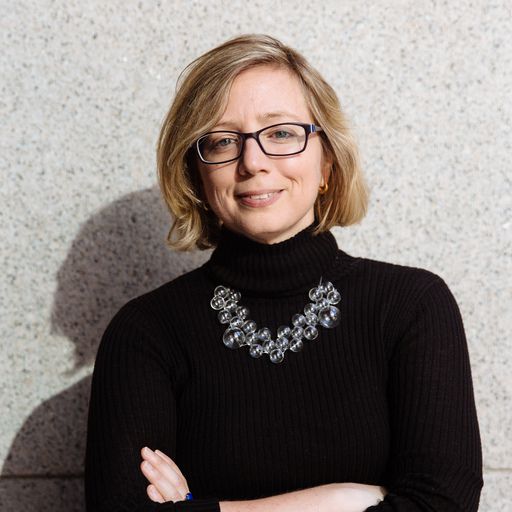 Alexandra Lange writes the Critical Eye column for Curbed, covering design in many forms: new parks and Instagram playgrounds, teen urbanists and architectural icons, postmodernism and the post-retail era. Her new book, The Design of Childhood: How the Material World Shapes Independent Kids, will be published by Bloomsbury USA in June 2018.

Alexandra was a 2014 Loeb Fellow at the Harvard Graduate School of Design, and received a publication grant from the Graham Foundation for Advanced Studies in the Fine Arts for her new book. She has taught design criticism at the School of Visual Arts and New York University, and also wrote the book on it: Writing About Architecture: Mastering the Language of Buildings and Cities (Princeton Architectural Press, 2012).

Alexandra lives in Brooklyn with her family.

The Second Avenue Subway is not a work of art

Stop calling the Lowline a park

Alexandra Lange explores the design behind the Lowline, a new public space being built in a disused subterranean trolley terminal and billed as the world's first underground park—but that's not exactly what it will be.

Farewell to the Four Seasons

Curbed critic Alexandra Lange argues that Aby Rosen, the new owner of the Four Seasons, is discarding history, only to replace it with something newer, crasser, and more disposable.

Inside the Proposed Changes to the Landmarked Ford Foundation

On April 19, the Landmarks Preservation Commission is set to consider a proposed $190 million renovation to the Ford Foundation, the 1967 building by Kevin Roche John Dinkeloo and Associates. Here's what those changes may mean for the building.

A common reaction to Marcel Breuer and Associates’ 1959-61 Colston Hall at Bronx Community College, an arcing slab of concrete and steel hard by the Major Deegan Expressway and overlooking the Harlem River, is, What’s that?

Our critic loves the restoration, but misses the vanguard identity

If Roche Dinkeloo’s Ambassador Grill does not rise to the level of an interior landmark, then what would meet the standard?

David Adjaye Is Having a Moment: Will It Redefine Architecture?

A Tour of NYC's Newest Subway Station With Its Architect